The apex court set aside a Gujarat high court order that asked the state government to pay for the reconstruction and repair work on religious structures. 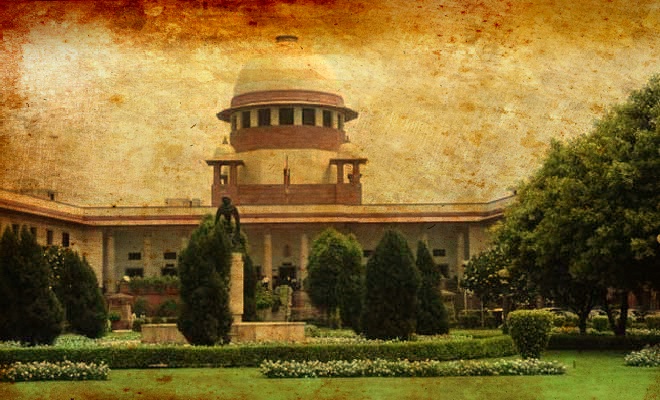 The state government had told the court that it is willing to pay an ex gratia amount for repair and reconstruction work at various structures, shops and houses which were damaged. Credit: PTI

New Delhi: The Supreme Court today set aside the Gujarat high court order asking the state government to pay for the reconstruction and repair work of religious structures damaged during the 2002 post-Godhra riots.

A bench comprising Chief Justice Dipak Misra and Justice P.C. Pant allowed the Gujarat government’s appeal challenging the high court verdict that it should pay for reconstruction and repair works of religious structures damaged during riots.

Additional solicitor general Tushar Mehta, who had represented the state government, said that “our plea has been allowed” and moreover, the state government had told the court that it is willing to pay an ex gratia amount for repair and reconstruction work at various structures, shops and houses which were damaged.

“This scheme (of the government) has been accepted,” Mehta said.

The court was hearing an appeal filed by the Gujarat government against an order of the high court directing it to pay compensation to over 500 shrines damaged during the 2002 riots, triggered after the Godhra incident.

According to official estimates, nearly 800 Muslims and more than 250 Hindus were killed in the violence in February-March, 2002. Activists, however, put the toll at much higher.

In an earlier hearing, Hindustan Times reported, the bench had wondered whether a secular state could be asked to pay for religious structures. “Money is required for economic growth…individual injury is a different thing where compensation is granted under Article 21 (right to life and liberty) of the Constitution. Can it happen in a diversified country that a state is distributing public money to build religious places?” the court had said.

Narendra Modi, when he was chief minister of Gujarat in and after 2002, had argued that mosques damaged during the riots cannot be repaired using secular government funds. However, when the Kedarnath shrine in Uttarakhand was damaged due to heavy rains in 2013, Modi offered to pay for the reconstruction with state money even though the temple was not even in his state. Then Uttarakhand chief minister Vijay Bahuguna had turned him down, saying the Uttarakhand state government and temple committee would take care of the repairs.