Chief Justice N.V. Ramana wondered if parliament can effectively debate the issue, saying every party was in favour of freebies, and instead called for a panel of experts to address the problem.

New Delhi: While observing that no political party wanted to do away with freebies offered to voters during the elections, the Supreme Court on Wednesday, August 3, recommended the constitution of an expert body to “dispassionately” examine the problem.

A three-judge bench, headed by Chief Justice of India (CJI) N.V. Ramana, noted that parliament may not effectively debate on the issue given the “reality” that every party wanted the practice to continue. However, it sought suggestions from all stakeholders – NITI Aayog, the Finance Commission, Law Commission, Reserve Bank of India, and members of ruling and opposition parties – to suggest a mechanism to address the issue, including the formation of a panel of experts.

“The Election Commission and the government cannot say that we cannot do anything about this. They have to consider the issue and give suggestions,” the bench said while hearing public interest litigation (PIL) by advocate Ashwini Upadhyay.

The Union government, through solicitor general Tushar Mehta, supported the PIL and said, “The freebies distribution inevitably leads to future economic disaster and the voters also cannot exercise their right to choose as an informed, wise decision.”

The top court, while listing the PIL for further hearing on Thursday, August 4, said all stakeholders should think about it and give suggestions so it could set up a body to address the issue.

“We are of the considered opinion that all the stakeholders, beneficiaries… and the government and organisations like NITI Aayog, Finance Commission, RBI and the opposition parties have to be involved in the process of brainstorming and giving some constructive suggestions on these issues.

We direct all the parties to make suggestions about the composition of such a body to enable us to pass an order for constitution of the body so that they can make suggestions,” the bench said in its order. 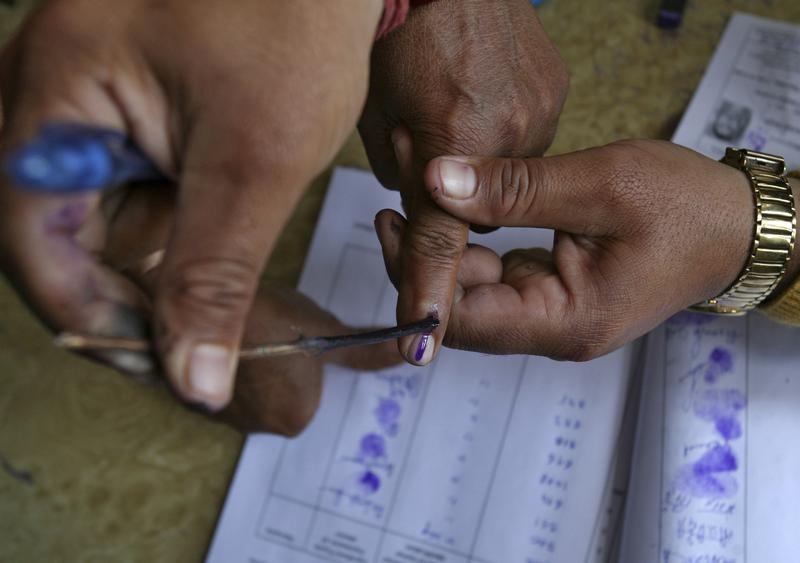 The PIL opposed the practice of political parties promising freebies during elections and seeks the Election Commission to invoke its powers to freeze their election symbols and cancel their registration.

During the hearing, the bench said no political parties would like to debate it in parliament as everybody wanted the practice to continue after senior advocate Kapil Sibal said the Finance Commission was best equipped to deal with this aspect.

At the outset, senior advocate Vikas Singh, appearing for Upadhyay, said political parties should take into account the public debt of a state promising the freebies, and urged the bench to make the Reserve Bank of India a party to the plea.

“If you are making the promise …then there is a certain amount from where you will take it? …You have to show where the amount would come from. It needs to be seen as to from whose pocket it goes,” the senior lawyer said.

After the bench said the Election Commission had refused to do anything about it, the solicitor general suggested the poll panel may be asked to reconsider its stand.

Earlier on July 26, too, the bench had termed as “serious” the promise of “irrational freebies” made by political parties during elections and wondered why the Union government was hesitant about taking a stand on the issue.

“Why don’t you say that you have nothing to do with it and the Election Commission has to take a call? I am asking whether the Government of India is considering it a serious issue or not? Why are you hesitating to take a stand? You take a stand and then we will decide whether these freebies are to be continued or not. You file a detailed counter (affidavit),” the bench had said.

The top court had on January 25 sought replies from the Union government and the Election Commission on the PIL seeking direction to seize the symbol or deregister a political party that promises or distributes “irrational freebies” before polls, saying it is a “serious issue” as sometimes “freebie budget is going beyond regular budget”.

The plea, which was filed ahead of the assembly polls in five states, including Punjab, said there should be a total ban on such populist measures to gain undue political favour from voters as they violate the constitution, and the EC should take suitable deterrent measures.

While issuing the notice, the bench had taken note of the submissions of senior advocate Vikas Singh, appearing for Upadhyay, that a law was required to be framed and steps taken for the seizure of party symbols or cancellation of registration of parties or both as ultimately it would be the citizens who have to pay up.

The plea urged the court to declare that the promise of freebies from public funds before elections unduly influences the voters, disturbs the level playing field and vitiates the purity of the poll process.

“Petitioner submits that the recent trend of political parties to influence voters by offering freebies with an eye on elections is not only the greatest threat to the survival of democratic values but also injures the spirit of the constitution,” said the plea.

“This unethical practice is just like giving bribes to the electorate at the cost of the exchequer to stay in power and must be avoided to preserve democratic principles and practices,” it said.