Mitali Gupta studied the judgments of 43 countries and identified the frequency and the pattern of citations of the Supreme Court of India’s judgments. 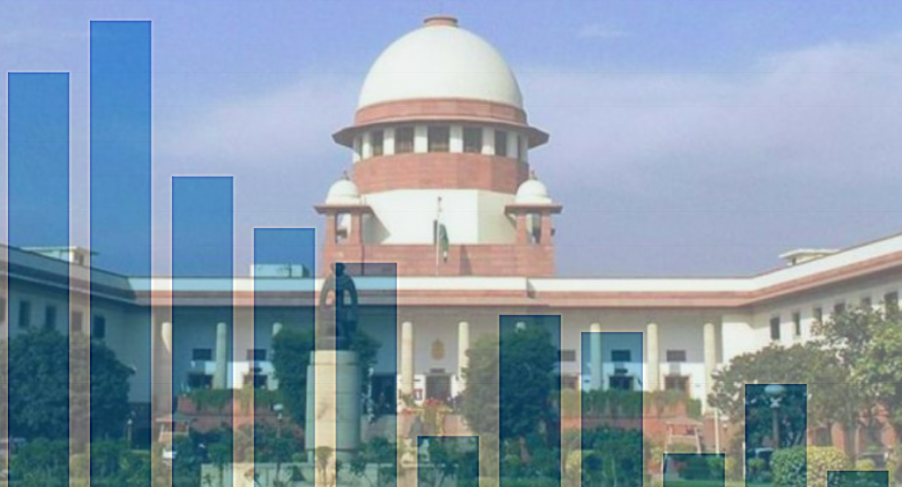 Mumbai: Over the past decade, and particularly since 2014, there has been a steady decline in the international credibility and standing of the Supreme Court of India, a new study on foreign court citations of Indian judgments has found.

In elaborate research carried out by studying the judgments of 43 countries and identifying the frequency and pattern of citations of the Supreme Court of India’s judgments, lawyer and independent legal researcher Mitali Gupta has concluded that there has been a clear fall in the number of times international judges cite Indian judgments in their own rulings.

Gupta has taken two periods – the first, 2009-2014, when the United Progressive Alliance (UPA) was in power for its second term, and 2014 to the present, when the National Democratic Alliance (NDA) government has been in power – to study trends of how Indian judgments have been referred to and cited by courts in various countries.

The political regimes serve as indicative markers of judicial time because the Central government is a major litigant and cases revolving around policy matters tend to produce judgments other countries’ courts typically take note of because the questions of law which come up often have a relevance beyond national boundaries.

Given the similarity in legal systems, it is mostly South Asian and African countries that refer to Indian judgments and among them are specifically those countries that follow the common law system, Gupta notes. The study, her report states, was carried out with the primary objective of ascertaining if the international stature and credibility of the Supreme Court of India has changed in the past decade.

Since 2009, Supreme Court judgments have been cited 510 times. While most of these citations were of judgments that were delivered in earlier years, 128 of the Indian judgments referred to by foreign courts were specifically delivered between 2009 and September 2020.

Also read: Supreme Court’s Selective Approach Will Not Prevent the ‘Path of Destruction’

Among the 43 countries studied for the research, Bangladesh appears to refer to Indian judgments quite a lot more than others. The data shows that Supreme Court of Bangladesh, which has a common law system, has cited the Indian apex court’s judgments as many as 274 times since 2009. Of these, 157 citations were made before 2014 and the remaining, afterwards.

Similarly, Pakistan has cited Indian judgments in 69 different cases. Here, the cases are equally divided between pre and post 2015 era, with 34 and 35 cases cited in the two phases simultaneously.

She observes that “prima facie it is indicative that the apex court fared better during the 2009 and 2014 period in comparison with the following years.”

However, she points out that the conclusion could suffer from “lacunae”. For example, the judgments delivered during 2009 and 2014 had the advantage of being cited from 2009 to 2020, i.e. 11 years, but those delivered between 2014 and 2020 could be only cited over this shorter period.

In order to fill this research gap, the author looked at the frequency of citations between 2009 and 2014 and the number of years on an average it took for these judgments to be cited by different countries as compared to those passed after 2014.

The results showed that as many as 43 Indian judgments were delivered and cited during 2009-2014 and 28 between 2015-2020. This downward shift, Gupta has attributed to multiple factors – from the change in government to the recent COVID-19 pandemic which has impacted the efficiency of the judiciary all over the world.

Since the data for 2020 was compiled only until the end of September, the researcher, on following the trend for the past decade, has estimated that an additional six judgments could potentially be cited for the last annual quarter. This correction was introduced to have a proper comparative study of the two different timelines considered for this study.

While the study looks at the citations and analysis, the timeline, and the various probable factors influencing the citations, it does not delve into the content of these judgments. She has only taken note of whether or not they were favourable to the Union of India  in her findings.