The Supreme Court said that just because the 2016 move by the Union government was an economic decision, it is not going to "fold its hands and sit" and will examine the manner in which the decision was taken. 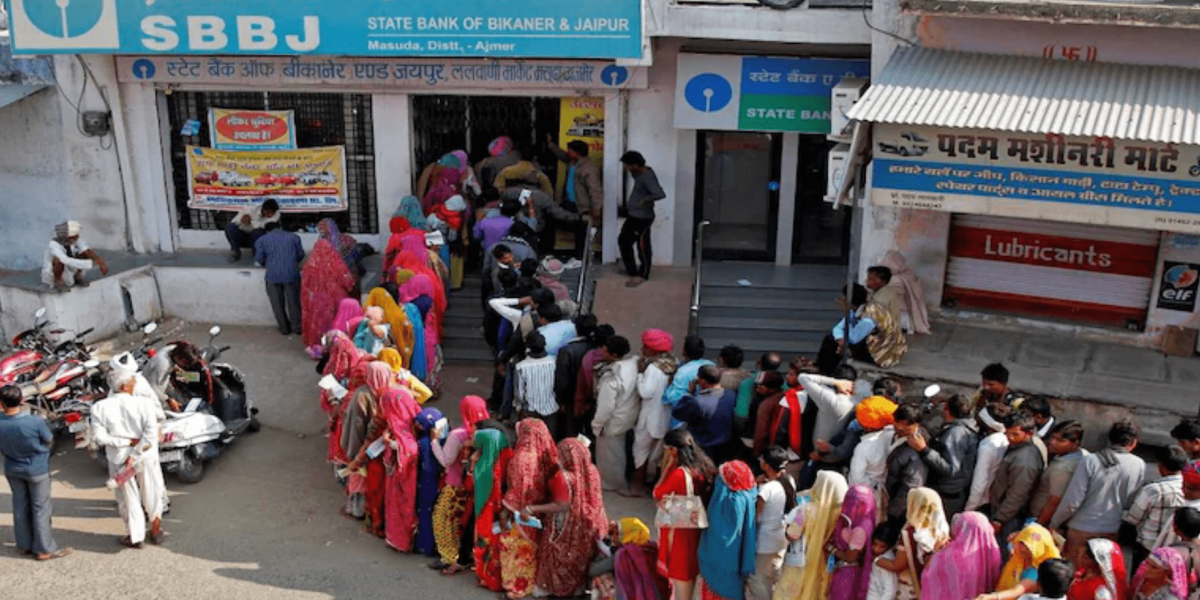 New Delhi: Faced with the Supreme Court’s assertion that it was the poorest who suffered most due to the Union government’s demonetisation decision in 2016, the Reserve Bank of India told the court through its counsel that it believed that “temporary hardships” were an “integral part of nation building.”

The Supreme Court has said that just because the 2016 demonetisation move by the Union government was an economic decision, it is not going to “fold its hands and sit” and will examine the manner in which the decision was taken.

The decision to make Rs 500 and Rs 1000 notes illegal tender, announced late on November 8 and effective from midnight, caused panic and health complications among those who waited in enormous queues. Reports had said that over 100 people or more died as an immediate result of the move. Several more were presumed affected due to lack of access to banking services and other reasons.

As many as 58 petitions had been filed at the Supreme Court from November 2016 until the court decided to hear them.

In earlier hearings, petitioners have told the court that the decision was a “deeply flawed” one. Experts have called the Union government’s justification for it in the affidavit it submitted to the apex court inadequate and unsupported by concrete data.

LiveLaw has reported on the most recent hearing, noting that when senior advocate Jaideep Gupta, counsel for the central bank, Reserve Bank of India, sought to define the scope within which the top court could exercise its power of judicial review, especially in economic policy making, Justice Nagarathna said:

“Just because it is an economic decision, does not mean we will fold our hands and sit. We can always examine the manner in which the decision was taken.”

Gupta’s stand was one that had earlier been aired by Attorney General for India R. Venkataramani. LiveLaw reported that the crux of Gupta’s contention was that the decision to deem Rs 500 and Rs 1,000 notes illegal tender and the subsequent decision of the cabinet to accept the recommendation were not amenable to judicial review.

According to Bar and Bench, Gupta sought to dismiss the claim that the move was expensive.

In the same spirit, the bench, according to the LiveLaw report, made repeated references to the social effects of demonetisation.

“Everyone paid labourers and household help with the demonetised currencies. Ultimately, these were the people who were forced to stand in long queues at the bank. This was the reality,” Justice Nagarathna said.

Gupta replied that “temporary hardships” are an “integral part of the nation-building process.”

“If I may say so, temporary hardships are also an integral part of the nation-building process. Some of the hardships may not have been anticipated. But a mechanism was put in place by which problems that arose were solved.”

Gupta stressed the question of delay in exchanging old notes for new ones should not be gone into, reported Bar and Bench.

“Remonetisation cannot be planned, unless demonetisation was in a big way much prior. All the notes cannot be exchanged the very next day. Can it be said that 86% cash being wiped out has to be considered? I respectfully submit that these questions should not be gone into.”

To Senior Advocate Shyam Divan who noted that his client had Rs 1.62 lakhs in cash which he could not exchange until he returned to India in February 2017, Gupta said according to LiveLaw, “If there was a person who had money in a locker in India, they should have come back to India. He certainly had the time to do that.”

According to Bar and Bench, counsel for one of the petitioners, P. Chidambaram, said that the RBI had “meekly surrendered” during the deliberation process.

“Why are they holding the minutes back? These documents are absolutely necessary to decide the issue. We must know what material they had, what consideration they did. We are not considering the decision, but the process of decision making. They need to show they had considered the enormity and proportionality of their decision. Without it, it is blind leading the blind,” he argued.