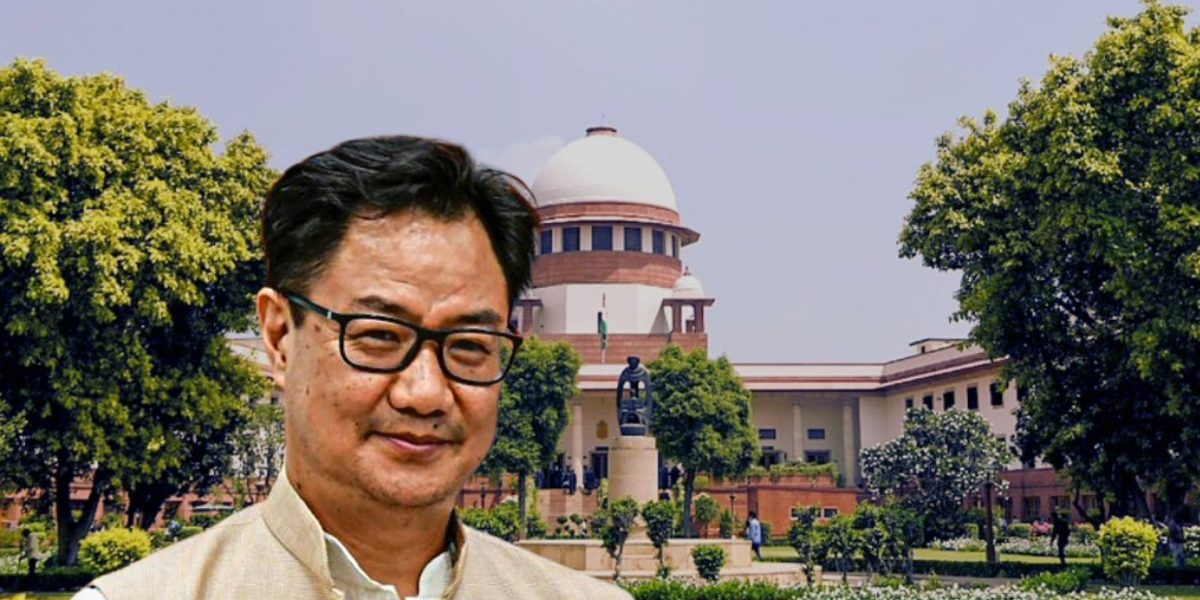 New Delhi: In the newest chapter of the ongoing tussle between the Union government and the Supreme Court over the Collegium of judges that decides on judicial appointments, the former has written to Chief Justice of India, D.Y. Chandrachud, calling for government representatives in the Collegium.

Times of India has reported that the letter, by Union law minister Kiren Rijiju, suggests that Union government representatives be included in the SC Collegium and state government representatives in the high court collegium. The letter says that this will “dispel a notion that opaqueness shrouds the process of selection of constitutional court judges,” according to TOI.

The two-tiered collegiums are a 25-year-old system through which judges of the Supreme Court appoint judges to the apex court and high courts. At present, the collegium comprises CJI Chandrachud, and Justices S.K. Kaul, K.M. Joseph, M.R. Shah, Ajay Rastogi and Sanjiv Khanna.

As the back and forth between the apex court and law ministry prolongs, the NJAC Act has been in the centre of discussions. Passed by the parliament and quashed by the Supreme Court in 2015, the Act had envisioned two-government representatives in the body that will appoint judges.

Last week, Vice-President Jagdeep Dhankhar launched a fresh attack on the Supreme Court for striking down the law, adding that he did not agree with the restriction imposed by the top court that parliament cannot amend the ‘basic structure’ of the constitution.

A couple of days before that, along with its third reiteration of the recommendation that Nagendra Ramachandra Naik be appointed a judge of the Karnataka high court, the Supreme Court collegium reminded the Union law ministry that the “government is bound to notify an appointment once the collegium’s decision is reaffirmed.”