A Congress leader has challenged the recent notification by which the sale of electoral bonds has been extended by 15 more days in years when assembly elections are held. 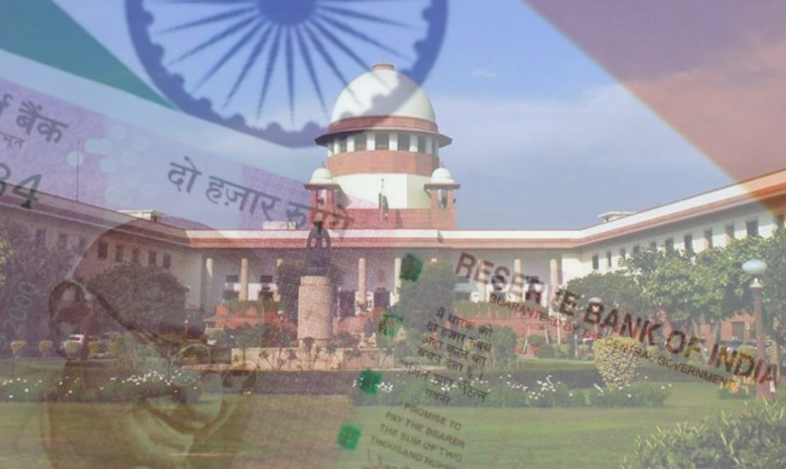 New Delhi: The Supreme Court on Tuesday said it will hear on December 6 the plea of a Congress leader challenging a recent notification by which the sale of electoral bonds has been extended by 15 more days in the year of general elections to legislative assemblies of states and Union Territories (UTs) with a legislature.

A bench comprising Chief Justice of India (CJI) D.Y. Chandrachud and Justices Hima Kohli and J.B. Pardiwala said it will hear the fresh plea by Congress leader Jaya Thakur along with other pending petitions challenging the validity of the 2018 Electoral Bond Scheme on December 6.

Electoral bonds have been pitched by the government as an alternative to cash donations made to political parties as part of efforts to bring transparency to political funding.

The government notified the Electoral Bond Scheme on January 2, 2018.

According to provisions of the scheme, electoral bonds may be purchased by a person, who is a citizen of India or a body incorporated or established in India.

An individual can buy electoral bonds, either singly or jointly with other individuals.

Only political parties registered under Section 29A of the Representation of the People Act, 1951 and those which secured not less than one per cent of votes polled in the last general election to the House of the People or the Legislative Assembly of the State, are eligible to receive electoral bonds.

According to the notification, electoral bonds shall be encashed by an eligible political party only through a bank account with an authorised bank.

Recently, a fresh notification was issued by the Union government amending the Electoral Bond Scheme of 2018 to provide “an additional period of 15 days” for the sale of electoral bonds “in the year of general elections to the legislative assemblies of States and Union Territories with legislature”.

Another bench headed by Justice B.R. Gavai is seized of pending petitions including the PILs by NGO Association for Democratic Reforms, the CPI(M) and some other petitioners.

The Union government had on October 14 told the bench that the electoral bonds scheme is an absolutely transparent mode of political funding and it is impossible to get any black or unaccounted money through it.

“The methodology of receiving money has been so transparent. We will explain step by step. Now it is impossible to get any black or unaccounted money. It is the most transparent system. To say it affects democracy does not hold water,” solicitor general Tushar Mehta, appearing for the Union of India, had told the bench comprising Justices Gavai and B.V. Nagarathna.

Advocate Prashant Bhushan, appearing for NGO Association for Democratic Reforms, had called it a very interconnected issue which affects democracy.

The top court had said it will examine on December 6 whether the batch of pleas challenging the laws permitting the funding of political parties through the electoral bond scheme should be referred to a larger bench.

The apex court termed it an important matter which requires a detailed hearing, and sought the assistance of the attorney general and solicitor general.

Prior to this, Bhushan had sought an urgent listing of the PIL by the apex court on October 4 last year, seeking a direction to the Centre not to open any further window for the sale of electoral bonds during the pendency of a case pertaining to the funding of political parties and alleged lack of transparency in their financial accounts.

The NGO, which had filed the PIL in 2017 on the alleged issue of “corruption and subversion of democracy” through illicit and foreign funding of political parties and lack of transparency in the accounts of all political parties, had filed an interim application in March 2021, before the assembly polls in West Bengal and Assam, seeking the window for the sale of electoral bonds be not reopened.

The apex court had in April 2019 declined to stay the Centre’s Electoral Bond Scheme 2018 and made it clear it will accord an in-depth hearing to the pleas as the Centre and the EC have raised “weighty issues” having “tremendous bearing on the sanctity of the electoral process in the country”.

The Centre and the EC had earlier taken contrary stands in the court over political funding, with the government wanting to maintain the anonymity of donors and the poll panel batting for revealing their names for transparency.