The CJI made the observation while hearing a petition seeking action against a section of the media's coverage of the Tablighi Jamaat event.

New Delhi: The Supreme Court has observed that freedom of speech and expression is the most abused right in recent times, during a hearing of a petition on the media coverage of the Tablighi Jamaat event earlier this year.

A three-judge bench headed by Chief Justice of India (CJI) S.A. Bobde was hearing pleas of Jamiat Ulama-I-Hind and others alleging that a section of the media was spreading communal hatred over the Tablighi Jamaat congregation during the onset of COVID-19 pandemic.

When senior advocate Dushyant Dave pointed out to that the affidavit filed by the Centre claims that the petition attempts to muzzle the freedom of speech, CJI Bobde responded, “They are entitled to make any argument like you people are. This freedom of speech may be the most abused freedom in recent times”.

The bench was irked over the fact that the affidavit submitted by the Centre contained “unnecessary and nonsensical” averments with regard to the media’s reporting of the Tablighi Jamaat issue. It pulled up solicitor general Tushar Mehta, who appeared for the Centre, and asked why the affidavit was filed by a junior-level officer instead of the secretary of the information and broadcasting (I&B) ministry, and termed it as being “evasive and brazen”.

The bench has sought an affidavit from the I&B secretary with details of steps taken in the past to stop motivated media reporting in such cases.

Solicitor general Tushar Mehta offered to submit a better affidavit. “I will personally vet it,” he said, according to LiveLaw.

The CJI added that the secretary must tell the court what he thinks of the incidents pointed out. “He may agree, disagree. But he must not make such unnecessary nonsensical averments as he has made,” CJI Bobde said, according to LiveLaw.

The case was adjourned for two weeks to give time to the government time to file a fresh affidavit. 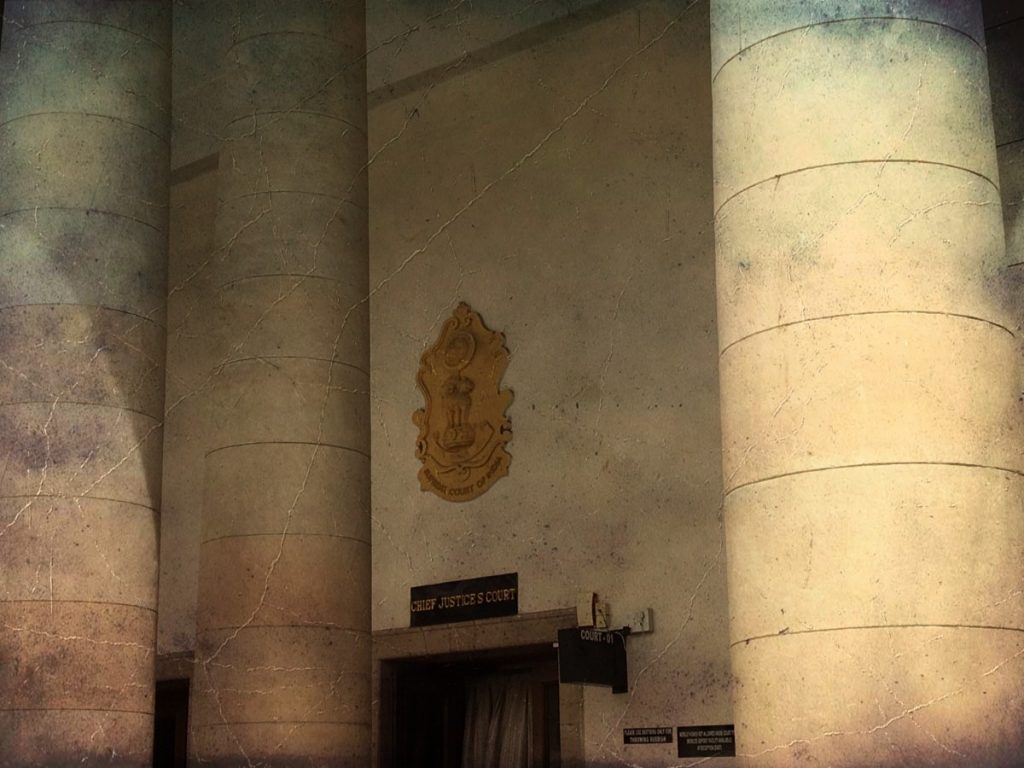 In August, the Centre had told the apex court that the Muslim body’s attempt to obtain a blanket “gag order” on the entire media to prevent them from reporting on the event held at Markaz Nizamuddin would effectively destroy the freedom of the citizenry to know and the right of journalists to ensure an informed society.

The government had said that in the absence of any specific information about any objectionable news published or aired by a specific news channel/agency, the constitution and the applicable statutes do not give it any authority to unilaterally pass any censure order under the Cable Television Networks Rules.

The Jamiat Ulama-I-Hind filed a plea in the apex court seeking directions to the Centre to stop the dissemination of “fake news” related to the religious gathering and take strict action against those responsible for it.

It alleged that the Tablighi Jamaat event was being used to “demonise” and blame the entire Muslim community and sought to restrain the media from publishing/airing such reports.

The Tablighi Jamaat congregation at Markaz Nizamuddin in central Delhi, which was held in March, was accused of accelerating the spread of the novel coronavirus in the country. Many people who attended the congregation – including foreigners – have been arrested, but lower courts have quashed some of the cases or granted bail in others.

In August, the Aurangabad bench of the Bombay high court said that the government tried to “scapegoat” the persons who attended the Tablighi Jamaat event and quashed the FIRs registered against 29 foreign nationals and six Indian citizens.

In a press release, the president of the Jamiat Ulama-i-Hind, Maulana Arshad Madani, said that the organisation is not against the freedom of expression but against ‘sectarian’ reporting.

He said the statements made by CJI Bobde during the hearing fully supported the Jamiat’s position. He further added that the filing of an incomplete affidavit by the Central government proves that the intention was flawed and it did not want to take any action against the biased media.

He said that the solicitor general was trying to misinterpret what the Jamiat Ulama-i-Hind had said in its petition with evidence, and there was a deliberate attempt to give a similar impression in the Centre’s affidavit that the petitioner wants to restrict the freedom of speech by filing such a petition.

“However, the truth is that there is no such thing as restricting freedom of speech in the petition. Rather, it has been said that news channels which conspire day and night to incite sectarian hatred in the country through their vicious and one-sided reporting should be banned and a complete guideline should be set for them,” he added.

Maulana Madani further said that the constitution has given complete freedom of speech to every citizen of the country and we totally agree with it. “But if this freedom of speech is deliberately made to assassinate a sect or community, or it is used to spread hatred, then we are strongly opposed to it,” he said.