If the Central Vigilance Commission failed to stop Asthana’s appointment by rejecting Verma’s concerns at that time, its reminders to the CBI to submit a report on its internal investigation against Asthana do not carry any conviction.

New Delhi: The crisis in the Central Bureau of Investigation (CBI) – caused by the Centre’s unprecedented action of forcing its director, Alok Verma, to go on leave, and appointing an interim director in his place – saw the Supreme Court devise an arrangement seemingly satisfactory to all the parties before it.

Although the court, while hearing the matter on Friday, did not reveal its mind on the merits of the petitions filed by Verma and Common Cause against the Centre’s action, it is clear what is on test: the elaborate justification offered by the Central Vigilance Commission, in its press note, issued on October 23, in defence of its action against Verma.

The bench comprising Chief Justice of India Ranjan Gogoi, Justice Sanjay Kishan Kaul and Justice K.M. Joseph, took note of the enquiry in respect of the allegations made in the note/letter of the cabinet secretary dated August 24, 2018 against Verma, which has already been initiated by the CVC. The CVC’s note is now in public domain, and on closer scrutiny, exposes itself for its omissions and commissions.

In his letter to the CVC dated August 31, the cabinet secretary had forwarded a complaint he had received dated August 24. The CVC disclosed in a press note on October 23 that it examined the allegations made in the complaint, and found them serious in nature having a prima-facie vigilance angle, which need to be examined quickly by seeking records from the CBI. The CVC also claims that despite the CBI’s interest in knowing the identity of the complainant, it did not disclose it, because as it put, it is the substance of the complaint, rather than its source, which needs to be substantiated.

The CVC note further claims that the CBI informed the commission that its concern on the integrity of its special director, Rakesh Asthana, turned out to be true.

* An allegation regarding payment of Rs 2 crore as bribe by one Satish Babu Sana to the director, CBI to avoid further interrogation/action in RC O1 of 2017 related to Moin Qureshi and others.

* Alleged undue interference and efforts of director, CBI to exclude one of the main suspects, namely, Rakesh Saxena in RC 13 of 2017 related to the IRCTC case. It is also alleged that instructions were passed by director, CBI to JD, CBI, Vineet Vinayak for not conducting a search at the premises of Lalu Yadav. It is alleged that Verma was persuaded by the concerned officials in view of the extant court order, and Vinayak was allowed by Verma at the last moment to take a flight and conduct the search at Yadav’s premises.

* The note adds that “there are certain other serious allegations also regarding the functioning of the Director, CBI.”

The CVC’s note says that considering the seriousness and the source of the allegations, the commission served three separate notices under section 11 of the CVC Act, 2003 dated September 11 upon Verma to produce files and documents before the commission through authorised officials on September 14.

The CVC note further claims that the CBI informed the commission that its concern on the integrity of its special director, Rakesh Asthana, turned out to be true. The CBI informed the CVC that it found evidence of Asthana’s criminal misconduct in at least half a dozen cases and the officer was aware of possession of evidence of his criminal misconduct by the Bureau. Therefore, the CBI requested the CVC to view Asthana’s complaint against Verma as a desperate attempt by a tainted officer to intimidate the officers of various ranks in the CBI. 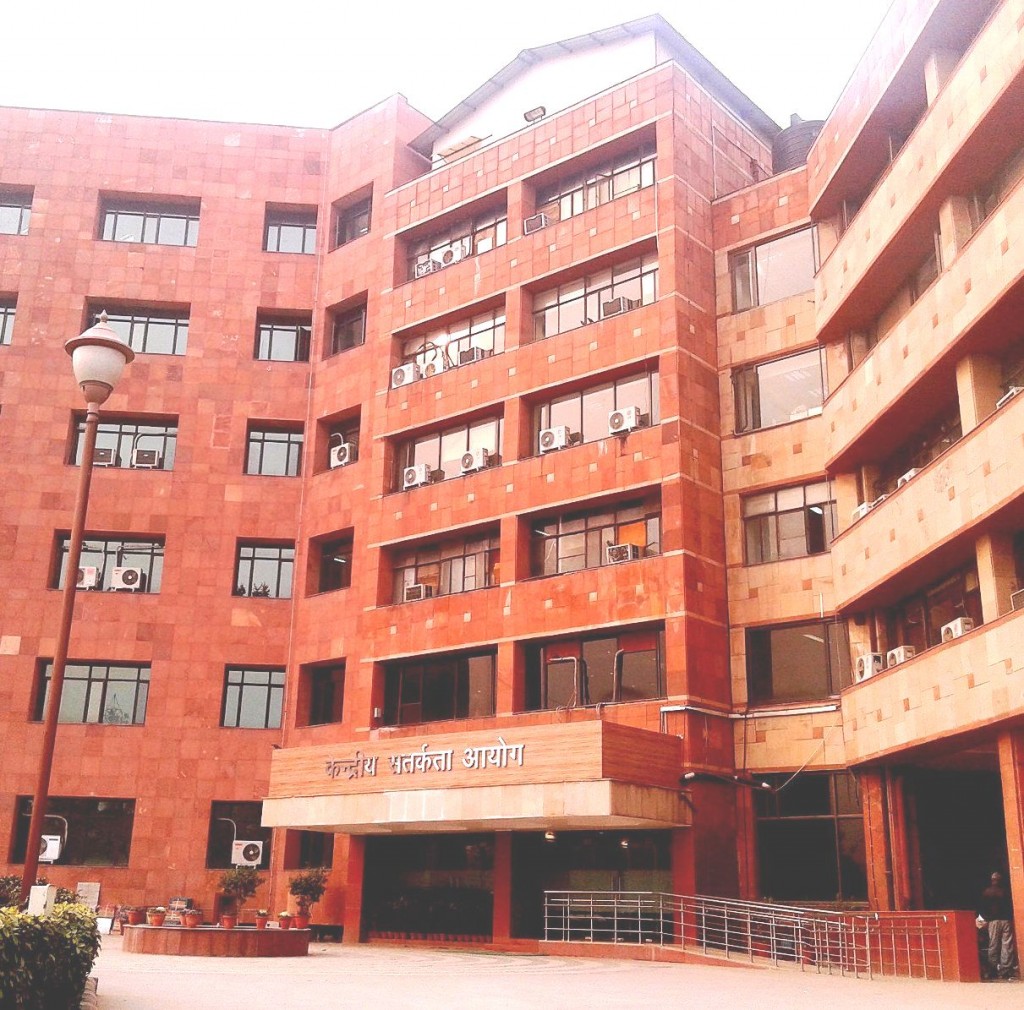 The CVC’s note says that considering the seriousness and the source of the allegations, the commission served three separate notices under section 11 of the CVC Act, 2003 dated September 11 upon Verma. Credit: CVC

Interestingly, the CVC kept asking the CBI to submit a report on the allegations made against Asthana by Verma at the meeting of the selection committee held on October 21 last year to select Asthana for the post of the special director. The CVC’s note claims that Verma’s allegations against Asthana were first referred to the CBI on November 9, 2017 seeking a report, and despite several reminders, the commission was yet to receive a report from the CBI. “This matter could be taken to logical conclusion only after receipt of [a] report from CBI”, the CVC states in its note. The CVC, in its OM dated September 25, 2018, also wanted Verma to furnish an interim report on the outcome of the investigations carried out so far on the secret note dated October 21, 2017 submitted by him to the CVC.

The Wire had carried a story on these allegations and the Supreme Court’s judgment exonerating Asthana earlier.

If the CVC is really concerned about the contents of Verma’s secret note on Asthana, it is not clear how it expects Verma to conduct an impartial investigation with Asthana continuing as the special director – as recommended by the selection committee, comprising the CVC among others. Indeed, the selection committee rejected Verma’s concerns before recommending Asthana for the job. If the CVC continued to entertain doubts about Asthana’s competence and eligibility, the selection committee ought not to have recommended him. The CVC could have at least told the Supreme Court that it continued to entertain doubts about Asthana, despite his appointment, when the court adjudicated the challenges to his selection in his favour. But it did not do so.

Explaining the sequence of events, the CVC claims that the CBI did not submit the required files and documents to it by October 22, or seek adjournment of the deadline fixed by it, to enable verification of the allegations against Verma.  Also, the CVC alleged that Verma did not attend the meeting with the CVC and the Vigilance Commission on October 4 to discuss Asthana’s allegations against him.

The CVC informed Verma that if any inquiry is to be conducted against any officer by the CBI, prior approval of the competent authority under Section 17A of the Prevention of Corruption Act should be kept in mind. On October 15, the CVC again reminded Verma to submit a report on his secret note on Asthana by October 22, which it claims, also went unheeded.

Meanwhile the CVC claims that it received representations from Asthana that it was Verma who stalled the arrest and custodial interrogation of Satish Babu Sana. Despite this, Asthana said, the investigating officer of the case, Devinder Kumar, DSP, was subjected to searches and thereafter arrested.

The CVC, therefore, alleged that Verma did not comply with its directions, and wilfully obstructed its functioning. In view of his non-cooperation and non-compliance, the CVC was not able to discharge its function of taking a view on the serious allegations, it claimed.

“In the meantime, an environment of hostility and faction feud has reached its peak in the CBI leading to potential loss of reputation/credibility of the organisation. The grave allegations of corruption by senior functionaries of [the] CBI one against another, also widely reported in the media, has vitiated the official environment. It has also vitiated the working environment in the organisation which has deep and visible impact on the other officers,” the CVC added.

The CVC concluded its note stating that by virtue of its supervisory powers over the CBI, pending the process of inquiry into every issue arising in view of allegations and counter allegations, it directed divesting Verma of any function, power, duty and supervisory role in respect of cases already registered and/or required to be registered and/or being inquired/enquired/investigated under the provisions of the PC Act, 1988 till the interim measure is varied/modified/vacated. The CVC added that due process of law in compliance with the principles of natural justice shall be observed before giving finality to the interim measure, and also during the decision-making process. The CVC alleged that Alok Verma did not comply with its directions, and wilfully obstructed its functioning. Credit: PTI

On Friday, the Supreme Court allowed the process of inquiry initiated by the CVC to continue, but directed that a former Supreme Court judge, Justice A.K. Patnaik would supervise the inquiry, which is to be completed within two weeks.

Does the entrustment of supervision of the ongoing enquiry by the CVC to a former judge of the Supreme Court suggest lack of trust of the court in the CVC?  Although the court did not expressly say so, it made it clear that this is a one-time exception, which has been felt necessary in the “peculiar facts of this case and should not be understood to be casting any reflection on any authority of the Government of India”.

To solicitor general Tushar Mehta’s suggestion that the court’s initial proposal to complete the enquiry within ten days was inadequate, in view of the impending Diwali festival holidays, the bench observed in jest: “We will give you 240 hours then”. The bench was reluctant to give the CVC more time to complete the enquiry in view of what it described as the “larger interests of the country”. Yet, at the time of dictating the order, the CJI gave two weeks to the CVC to complete the inquiry, keeping in view the Centre’s request for more time.

The peculiar facts of this case suggest that the role of the CVC, a respondent in this case, has indeed come under a cloud by its omissions and commissions in the Asthana affair. If it failed to stop Asthana’s appointment by rejecting Verma’s concerns expressed at that time, its proactive reminders to the CBI to submit a report on its internal investigation against Asthana, do not carry any conviction.  On the contrary, it showed extraordinary interest to examine Asthana’s complaint against Verma, and even relieve Verma of his duties as the director, till the enquiry is over. It is not clear why the CVC was not equally serious in divesting Asthana of his responsibilities, even while it was asking Verma for a report on him at a time when Asthana had not made any allegations against Verma yet.