The bench ruled that Muslims failed to show they offered namaz and were in "exclusive possession" of the mosque from 1528 to 1857. Yet the Hindu plaintiffs, who also failed to show this, get the land on "balance of probabilities". 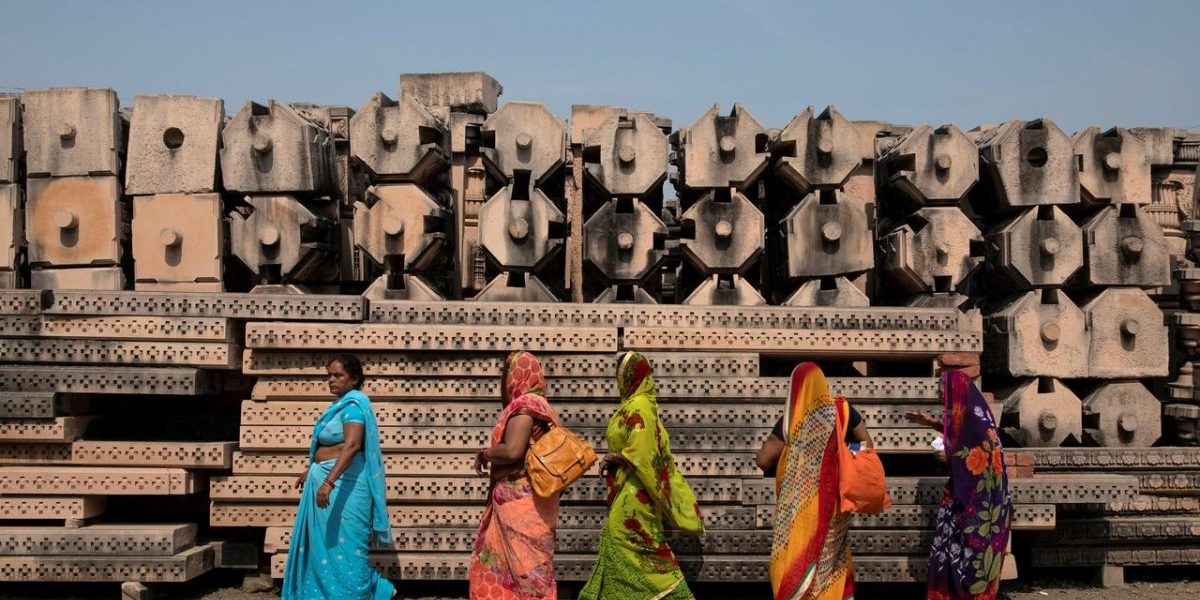 New Delhi: The Supreme Court’s 1,045-page-long verdict handing over the land where the Babri Masjid once stood to plaintiffs associated with the Vishwa Hindu Parishad rests on a narrow and extraordinary claim: that the Muslim side has not been able to provide documentary evidence that namaz was offered in the mosque from the time of its construction in 1528 until 1857, when it enters the annals of colonial law thanks to a riot in Ayodhya.

“786. Though, the case of the [Muslim] plaintiffs … is that the mosque was constructed in 1528 by or at the behest of Babur, there is no account by them of possession, use or offer of namaz in the mosque between the date of construction and 1856-7. For a period of over 325 years which elapsed since the date of the construction of the mosque until the setting up of a grill-brick wall by the British, the Muslims have not adduced evidence to establish the exercise of possessory control over the disputed site. Nor is there any account in the evidence of the offering of namaz in the mosque, over this period…

797. On the balance of probabilities, there is clear evidence to indicate that the worship by the Hindus in the outer courtyard continued unimpeded in spite of the setting up of a grill-brick wall in 1857. Their possession of the outer courtyard stands established together with the incidents attaching to their control over it.

798. As regards the inner courtyard, there is evidence on a preponderance of probabilities to establish worship by the Hindus prior to the annexation of Oudh by the British in 1857.  The Muslims have offered no evidence to indicate that they were in exclusive possession of the inner structure prior to 1857 since the date of the construction in the sixteenth century. After the setting up of the grill-brick wall, the structure of the mosque continued to exist and there is evidence to indicate that namaz was offered within its precincts.” (emphasis added)

Curiously, in the same paragraph, 798, the court notes:

“The exclusion of the Muslims from worship and possession took place on the intervening night between 22/23 December 1949 when the mosque was desecrated by the installation of Hindu idols. The ouster of the Muslims on that occasion was not through any lawful authority but through an act which was calculated to deprive them of their place of worship. After the proceedings under Section 145 of CrPC 1898 were initiated and a receiver was appointed following the attachment of the inner courtyard, worship of the Hindu idols was permitted. During the pendency of the suits, the entire structure of the mosque was brought down in a calculated act of destroying a place of public worship. The Muslims have been wrongly deprived of a mosque which had been constructed well over 450 years ago.” (emphasis added)

In other words, the court says that:

1. the mosque was constructed well over 450 years ago,

2. there is proof that Muslims worshipped there from 1857 till 1949, when they were illegally ousted “through an act which was calculated to deprive them of their place of worship”;

3. but because “they have offered no evidence to indicate that they were in exclusive possession of the inner structure prior to 1857 since the date of the construction in the sixteenth century… on a balance of probabilities, the evidence in respect of the possessory claim of the Hindus to the composite whole of the disputed property stands on a better footing than the evidence adduced by the Muslims.”

What the court leaves unaddressed is the purpose the mosque served  between 1528, when it was built, and 1857. If a dispute arose in 1856 between local Hindus and Muslims over the manner in which the inner and outer courtyards were being used, it stands to reason that this is because Muslims and Hindus had both been praying there from before.

In any event, when the court categorically asserts, “The Muslims have been wrongly deprived of a mosque which had been constructed well over 450 years ago,” it accepts that it was a mosque throughout its lifetime and thus, by definition, would have belonged to Ayodhya’s Muslim residents.

Yet, because the Muslim plaintiffs were able to provide no evidence to prove their exclusive possession or even that namaz was offered for over 300 years, the court handed the site over to the Hindu plaintiffs.

Incidentally, nowhere have the Hindu plaintiffs, other than the Nirmohi Akhara which the court ousted, been asked to demonstrate exclusive possession of the site. Hindus worshipped at the Ram Chabutra outside the domed structure and the 18th century European traveller Jozef Tieffenthaler’s account of the worship of the ‘bedi’ or chabutra/cradle is cited, but that is an ambiguous source for the claim that Hindus worshipped inside the inner courtyard, let alone on an exclusive basis.