The court agreed with the petitioners that the government was going against previously laid down principles – and then did nothing about it.

Police carrying out drone surveillance during the COVID-19-induced lockdown in Jammu. Photo: PTI 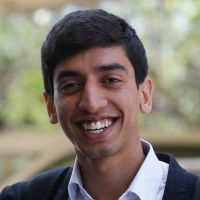 On May 11, the Supreme Court rejected a petition seeking the restoration of 4G internet services in the union territory of Jammu and Kashmir. The plea was premised on the rights violations caused by suspending the internet during a pandemic and national lockdown, including the rights to health, education, freedom of speech, freedom of trade and access to justice.

Specifically, the petition alleged violations of a January 2020 judgment of the Supreme Court, in Anuradha Bhasin vs Union of India. The court had then laid down important safeguards that the government should follow before imposing an internet shutdown.

The 4G judgment undermines the rule of law. In the judgment, the court accepts that the government has violated Bhasin, but itself fails to apply the relevant principles laid down in Bhasin. In addition, the court finally abdicates the judicial task of deciding upon the constitutional validity of the internet suspension to a “Special Committee” – composed of members of the executive.

The most striking feature of the 4G judgment is the somewhat clear, somewhat cryptic acknowledgement that the government has violated the law laid down in Bhasin on two counts.

First, in Bhasin, the court had held that the minimal requirement for any suspension order to be lawful is that it must list the reasons for imposing restrictions: “[O]rders passed mechanically or in a cryptic manner cannot be said to be orders passed in accordance with law.” Relying on this holding, the petitioners argued that since the repeated suspension orders pertaining to Jammu and Kashmir did not disclose any reasons, they contravened Bhasin. The court agreed.

Second, in Bhasin the court was clear that any restrictions on the freedom of speech must satisfy the “proportionality” test – which means the restrictions must be a proportionate response to the aim sought to be achieved through the restrictions. Proportionality is judged by looking, among other things, at the “territorial extent” of the restriction. This means the internet must only be suspended in regions where an imminent threat to public order exists. The petitioners relied on this holding and challenged the suspension orders on the ground that they apply to the entire union territory, without explaining why such a need exists. Once again, the court agreed.

Surprisingly, however, despite agreeing with the petitioners on both counts, the court refused to invalidate the suspension orders. It held that while the petitioners’ submission would merit consideration in “normal circumstances”, the present situation in Jammu and Kashmir is “compelling” and warrants consideration.

Thus, in a unique approach to rights adjudication, the court carved out an ad hoc exception to the norms of legality and proportionality enunciated in Bhasin – in extraordinary circumstances, the court seemed to imply, constitutional safeguards are suspended.

One facet of proportionality is that the state’s measure must be the “least restrictive” way of achieving the aim that the state seeks to achieve. In other words, out of a given set of alternatives – all of which can achieve the state’s aim – the state is obligated to choose the alternative that least burdens the right(s) in question.

According to the Bhasin bench, “before settling on [a] measure, the authorities must assess the existence of any alternative mechanism in furtherance of the… goal.” In the context of internet suspensions, one way to judge least restrictiveness is to analyse whether access has been cut off or downgraded only to particular websites which pose a threat or to the web as a whole.

In Bhasin, the court held that the state must consider the feasibility of selective blocking before resorting to a total internet shutdown. In Jammu and Kashmir, for instance, the government has been citing only social media websites as the main cause for concern because they help spread terrorism and fake news. Yet, 4G is not made available for any website, including governmental, educational, medical or news websites.

2G internet was first restored in parts of the region on January 14, but only “whitelisted” sites were permitted to be accessed over the network. The number of whitelisted websites was gradually increased through the seven subsequent orders, until all websites were finally made accessible over 2G on March 4. Is it not similarly possible to selectively allow 4G access to some websites while permitting 2G access to others?

It was important to ask whether the government has explored that alternative. Yet, in an unfortunate oversight, the 4G judgment does not address the possibility of selective access at all. Contrary to the principles recognised in Bhasin, it does not hold the government accountable for its failure to consider less restrictive alternatives.

Finally, in a curious move, the court has set up a “Special Committee” – the Union home secretary, the Union communications secretary, and the chief secretary of Jammu and Kashmir – to “immediately” decide whether the prevalent internet restrictions are necessary. Seemingly as solace, the committee has been directed to consider the petitioners’ arguments as well. However, this is deeply problematic for at least two reasons.

First, this amounts to judicial abdication of responsibility. The constitution entrusts the function of rights adjudication exclusively to the high courts and the Supreme Court. Indeed, Article 32 of the constitution, which “guarantees” the right to approach the Supreme Court to remedy the violation of fundamental rights, prohibits the Supreme Court from abdicating in this fashion. In Prem Chand Garg vs Excise Commr., 1963, Justice Gajendragadkar eloquently spoke about the nature of the guarantee contained in Article 32:

“It is true that [fundamental] rights are not absolute…. But, the scheme of Article 19 illustrates, the difficult task of determining the propriety or the validity of adjustments made either legislatively or by executive action between the fundamental rights and the demands of socio-economic welfare has been ultimately left in charge of the High Courts and the Supreme Court by the Constitution…. The fundamental right to move this Court can, therefore, be appropriately described as the corner-stone of the democratic edifice raised by the Constitution. That is why it is natural that this Court should, in the words of Patanjali Sastri J., regard itself “as the protector and guarantor of fundamental rights,” and should declare that “it cannot, consistently with the responsibility laid upon it, refuse to entertain applications seeking protection against infringements of such rights.”…. In discharging the duties assigned to it, this Court has to play the role “of a sentinel on the qui vive” and it must always regard it as its solemn duty to protect the said fundamental rights’ zealously and vigilantly.” (emphasis added)

The constitution, therefore, does not leave the Supreme Court with the option of abdicating its duties in favour of a committee no matter how special. Coupled with the general deferential approach evident from the judgment, this abdication by the court might have the unintended and unfortunate effect of signalling to the government that the extraordinary situation in Jammu and Kashmir is a warrant to commit unconstitutional action without accountability.

Second, passing the buck to the “Special Committee” amounts to making the executive a judge in its own cause. The suspension order that was under challenge in the 4G case was passed by the government of Jammu and Kashmir, and the Committee formed to decide upon the validity of that order includes the chief secretary of the same government (Respondent No. 1 before the Court). The other two members of the Committee – the Union home secretary (Respondent No. 2) and Union communications secretary – are both part of the Central government, which practically dictates the terms in Jammu and Kashmir.

Therefore, this abdication by the court completely abandons the principle of checks and balances by asking the executive to review its own orders.

The court should have been stricter in its approach. It should have sought a justification from the government for not applying its mind to lesser restrictive alternatives. It should have remained consistent with the law it laid down in Bhasin and struck down the admittedly unreasoned suspension orders.

Most of all, it should not have abdicated its responsibility in favour of the government itself. Although such an attitude would not prevent the passing of fresh suspension orders, it would certainly compel the government to think more seriously and narrowly tailor its future orders so that they only fit existing security needs and go no further.

Shrutanjaya Bhardwaj is a Delhi-based lawyer and a Fellow at the Centre for Communication Governance, NLU Delhi.