The Dera chief has been granted parole thrice in the last one month on questionable grounds. 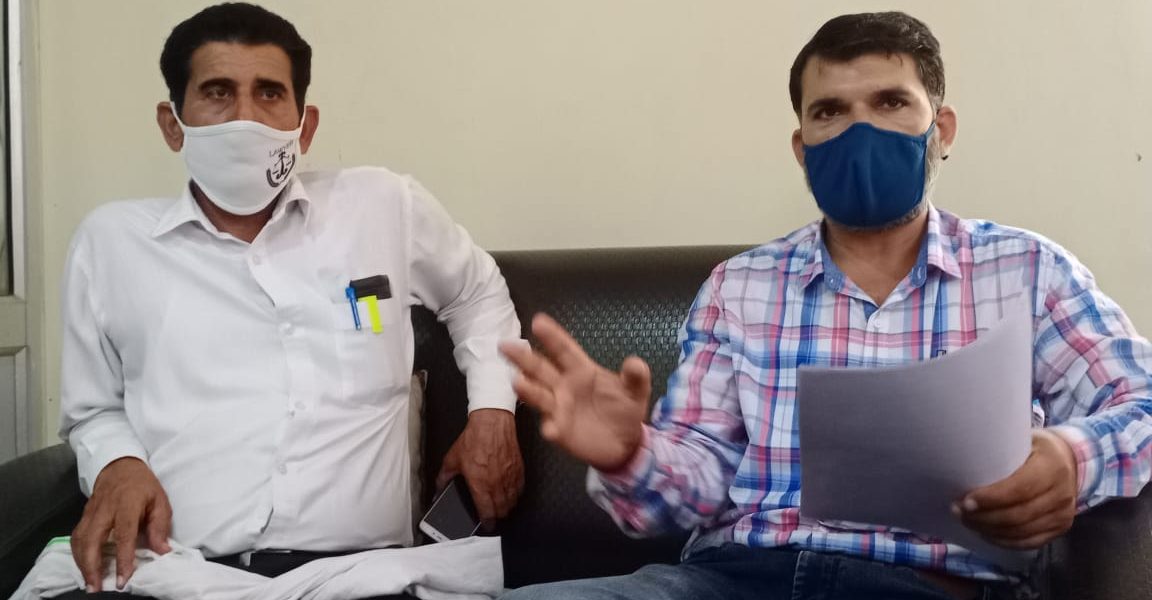 Mohali: Anshul Chattrapati, the son of a Sirsa-based journalist Ram Chander Chattrapati who was murdered in 2002 by men working for self-styled godman Gurmeet Ram Rahim Singh, has written to the chief justice of the Punjab and Haryana high court for the first time expressing anger against the Haryana government and its jail administration for granting multiple paroles to Singh since his arrest in September 2017.

Singh is currently serving a life sentence for the murder of the journalist, and 20 years imprisonment on the charges of rape against two women. Singh has also been accused of forced castration, money laundering and land grabbing.

Speaking to The Wire, Chattrapati says that he believes the paroles granted to Singh aren’t really being used for genuine reasons. This is the third time that Singh has been on parole in the last one month – twice for his recurring illness and once to meet his ailing mother. He was also out of prison for a day in October 2020 because of his mother’s illness.

According to media reports, on May 17, 2021 Singh was taken to an undisclosed location to meet his mother, Naseeb Kaur.

“If his mother is ill, the question arises why wasn’t she in a hospital. We have found out he was taken to a farmhouse with the entire Dera management present there along with tight security. One cannot help but question what he is really doing outside of jail,” Chhatrapati tells The Wire on the phone from his residence in Sirsa.

Earlier this month, Singh was on parole after he complained of nausea and an increased blood pressure level. After six hours of examination at the PGIMS (Pandit Bhagwat Dayal Sharma Post Graduate Institute of Medical Sciences) in Rohtak, he was sent back to prison. Last week, Singh complained of abdominal pain and was again taken to the PGIMS government hospital in Rohtak where, according to media reports, the doctors recommended a PET scan which wasn’t available at their facility. Singh was referred to either go to AIIMS, Delhi or a private hospital within the state. Reportedly, Singh had also refused a COVID-19 test at the government hospital.

But two days ago, on June 7, Singh was taken to one of the largest private hospitals in the state, the Medanta Hospital in Gurugram and there he tested positive for COVID-19. Within a few hours, Honeypreet Insaan, a controversial aide of the godman, who he claims is an adopted daughter, was allotted an attendant card to be with him in the hospital till June 15.

While the Rohtak police showed concerns over this development, the Haryana jail minister defended Singh. Rohtak police DSP Shamsher Singh Dahiya had told The Tribune that Singh is a prisoner who may plan an escape and letting him meet Honeypreet at this juncture could be dangerous.

Drawing unwanted media attention, Medanta Hospital also told the newspaper that they were considering sending him back to a jail-approved medical facility and will also be withdrawing the attendant card allotted to Honeypreet.

Interestingly, ever since the pandemic hit India, many journalists, students and academics arrested under cases, with arguably no real incriminating evidence, have been denied bail time and again. Bhima Koregaon activists, students arrested in relation to the Delhi violence and Kerala-based journalist Siddique Kapan have sought bail on medical grounds, but the government and the administration have turned a blind eye to their requests.

“Ram Rahim is just doing a drama so he can spend time with his well-connected network of people,” Chattrapati scoffs at all the developments in the last month. “Also which convict currently in Rohtak’s jail is allowed to get treatment in a private hospital and is allowed to have an attendant. This is beyond my understanding,” he adds.

“The Haryana government and the jail authority must come clean and stop siding with a criminal like Ram Rahim. Such treatment proves that they are ill-intentioned,” Chhatrapati says. “We all know this is being done because Ram Rahim’s clout can still guarantee tenure to power-hungry politicians.”

Chhatrapati further states that despite the large-scale violence and rioting caused by the followers of the Dera Chief in the August of 2017 which claimed the lives of over a dozen people, the Haryana government prefers to give the Dera chief  “special treatment.”

“A criminal like him should not be given special treatment. Have we forgotten the rioting that happened in 2017? Journalists were attacked, women were raped, people were killed, and yet Ram Rahim gets multiple questionable paroles,” he says.

In the letter sent to the chief justice of the Punjab and Haryana high court, Chattrapati notes that Ram Rahim and the jail authorities in Haryana have been “mocking the process of law and natural justice” and the current parole given to Singh must be immediately terminated with medical assistance arrangement within the premises of the jail.