The Sohrabuddin Judgment Is a Mockery of Justice, the CBI Must File an Appeal

The judgment makes it clear that the learned judge was bent upon acquitting the accused by totally disregarding the evidence – oral and documentary – placed before him. The judgment delivered last month in the Sohrabuddin Shaikh fake encounter case is the greatest mockery of justice and reflects the malaise that has taken hold of the administration of justice in the country.

Delivered on December 21, 2018 (but signed on December 31) by S.J. Sharma, additional sessions judge, city civil and sessions court, Greater Mumbai, this judgment is a direct insult to the Supreme Court and the law laid down by it, not just in the instant case – in which it had directed the CBI to investigate the killings of Sohrabuddin, his wife Kausarbi and their associate Tulsiram Prajapati – but also in terms of the settled law on encounter killings by the police.

The 358 page judgment reflects a complete non-appreciation of facts, lack of understanding of the law and is bereft of any concern for human lives. When read as a whole, it is clear the learned judge was bent upon acquitting the accused by totally disregarding the evidence – oral and documentary – placed before him. His approach is to reject everything that is inconvenient and to build a farcical story in holding that there was no evidence to link the accused to the wanton killings.

The judgment is a bundle of contradictions. Consider this: from paragraphs 244 to 259, the judge discusses the law on sanction under Section 197 of Code of Criminal Procedure. But then, he records something extraordinary in paragraph 260:

The foregoing discussion makes it clear that the 21 accused who are police officials and who were found doing the act and deed in discharge of their official duty, are entitled for the benefit as contemplated under Section 197 of Code of Criminal Procedure… In absence of the sanction the accused are entitled for acquittal.

The judge also says in paragraph 262:

I am not unaware of the degree of agony and frustration that may be caused to the society in general and the families of the deceased in particular, by the fact that a serious nature of crime like this goes unpunished, but then the law does not permit the court to punish the accused on the basis of moral conviction or suspicion alone…. It is no doubt a matter of regret that there is reported killing of Sohrabuddin and Tulsiram Prajapati which is going unpunished.

Just to be clear, the judgment categorically

What more was required to establish culpability is unfathomable.

Despite this, the bulk of the judgment – paragraphs 1 to 243 – is devoted to establishing that there is no evidence to establish beyond doubt that the 22 accused were involved in the killings of the three persons.

Perhaps the learned judge is unaware that the Supreme Court, in Munshi Singh Gautam v State of MP, has categorically settled principles for appreciation of evidence in such killings in the following terms:

“6. Rarely in cases of police torture or custodial death, direct ocular evidence of the complicity of the police personnel alone who can only explain the circumstances in which a person in their custody had died.
7. The exaggerated adherence to and insistence upon the establishment of proof beyond every reasonable doubt by the prosecution, at times even when the prosecuting agencies are themselves fixed in the dock, ignoring the ground realities, the fact situation and the peculiar circumstances of a given case, as in the present case, often results in miscarriage of justice and makes the justice-delivery system suspect and vulnerable…The courts must, therefore, deal with such cases in a realistic manner and with the sensitivity which they deserve.”

Judge Sharma reflects complete ignorance of the Indian Evidence Act, 1872 and many of its provisions which were so crucial in deciding the matter before him. Section 106 categorically provides for “burden of proving fact especially within knowledge”.

It is settled law that Section 106 is designed to meet certain exceptional cases in which it would be impossible for the prosecution to establish certain facts which are particularly within the knowledge of the accused.

The law in this regard has been settled from 1956 in Shambu Nath Mehra v State of Ajmer to Prithipal Singh v State of Punjab in 2012. In the last referred judgment, the Supreme Court affirmed the conviction of police officers guilty of killing a human rights activist in Punjab holding, inter-alia, as under:

“1. Police atrocities in India had always been a subject-matter of controversy and debate. In view of the provisions of Article 21 of the Constitution, any form of torture or cruel, inhuman or degrading treatment is inhibited.
2. Extraordinary situations demand extraordinary remedies. While dealing with an unprecedented case, the Court has to innovate the law and may also pass an unconventional order keeping in mind that an extraordinary fact situation requires extraordinary measures.
3. In a case where the person is alleged to have died in police custody, it is difficult to get any kind of evidence.
4. Tolerance of police atrocities, as in the instant case, would amount to acceptance of systematic subversion and erosion of the rule of law.”

How the CBI came into the picture

In Narmada Bai v State of Gujarat, the Supreme Court even went further to hold:

“59. The fact that in the case of murder of an associate of Tulsiram Prajapati, senior police officials and a senior politician were accused may shake the confidence of public in investigation conducted by the State police. If the majesty of the rule of law is to be upheld and if it is to be ensured that the guilty are punished in accordance with law notwithstanding their status and authority which they might have enjoyed, it is desirable to entrust the investigation to CBI.”

It is an admitted position that Prajapati, while being in jail in Udaipur, had represented to the authorities – including National Human Rights Commission (NHRC) – that he would be killed in a fake encounter by the Gujarat Police while being taken to Ahmedabad in a pending criminal case.

This letter was forwarded by the NHRC to the police authorities of Rajasthan and Gujarat to protect his life. Yet what happened on December 27, 2006 was exactly what he had feared and from what he was to be protected at the instance of the NHRC.

It is also a matter of record that the DIG of the Anti-Terrorism Squad (Gujarat), which had killed Sohrabuddin and Kausarbi in November 2005, was transferred as DIG (border range) just before the killing of Prajapati. The killing took place in the area under his control.

Also Read: Amit Shah Was Not on Trial But Sohrabuddin Judge Gives Him Clean Chit Nonetheless

Narendra Modi, then the chief minister of Gujarat, was holding charge of the home ministry and Amit Shah was minister of state for home. It is a matter of record that in a 2007 public rally in Mangrol, Gujarat, Modi owned up the killing of Sohrabuddin in public.

He said Sohrabuddin “got what he deserved” and asked people, “Congress in Gujarat is raising its voice on the Sohrabuddin issue. But it should explain to the people what should be done to a man who stored illegal arms and ammunitions. You tell me, what should have been done to Sohrabuddin?” The crowd echoed, “Kill him, Kill him” and Modi responded, “Well that is it. Do I have to ask Sonia Gandhi’s permission to do this?”

Subsequent to the judgment, Vanzara himself stated in a press conference that, “But for the encounters, it might have become difficult to ensure the safety of Modiji and Pakistan by now would have succeeded in turning Gujarat into another terrorist-ridden Kashmir.” He also referred to the killing as a “pre-emptive encounter”.

Post-judgment, Modi in a television interview cited the Sohrabuddin case as an example of “how institutions were misused” by the Congress. Arun Jaitley, a lawyer par excellence and whom I hold in high respect, said in a blog post titled “Who killed the Sohrabuddin investigation” that “the detractors should seriously introspect as to what they did to the CBI when they were in power.” Smriti Irani said that, “Nobody killed” Shaikh and “he just died” and said Shah was “targeted by CBI as part of a political conspiracy”.

However, what the nation must know is how the entire trial was deflected, if not manipulated, at the instance of those in power. The CBI, which investigated and was prosecuting the case, is under the Centre’s control.

When so many police officers turned hostile, the CBI and the judge should have taken appropriate measures for their re-examination in a proper manner. The judge should have exercised his powers under Section 162 of the Evidence Act to elicit the truth. The police officers who have turned hostile are also under the control of the BJP-run Gujarat government. Modi and his colleagues must take moral responsibility for this failure rather than claim victory.

The Supreme Court, while affirming bail granted to Amit Shah in its judgment in 2012, had categorically directed while transferring the two cases to Mumbai as under, “The Administrative Committee would assign the case to a court where the trial may be concluded judiciously…The Administrative Committee would also ensure that the trial should be conducted from beginning to end by the same officer.”

It is a matter of public knowledge that judges were transferred, while one judge died in what his own family categorically claimed to be suspicious circumstances. The Supreme Court wished away these claims by holding that only snippets of the interview were produced, while neither questioning the genuineness of what was produced nor asking for the full recording at any stage. 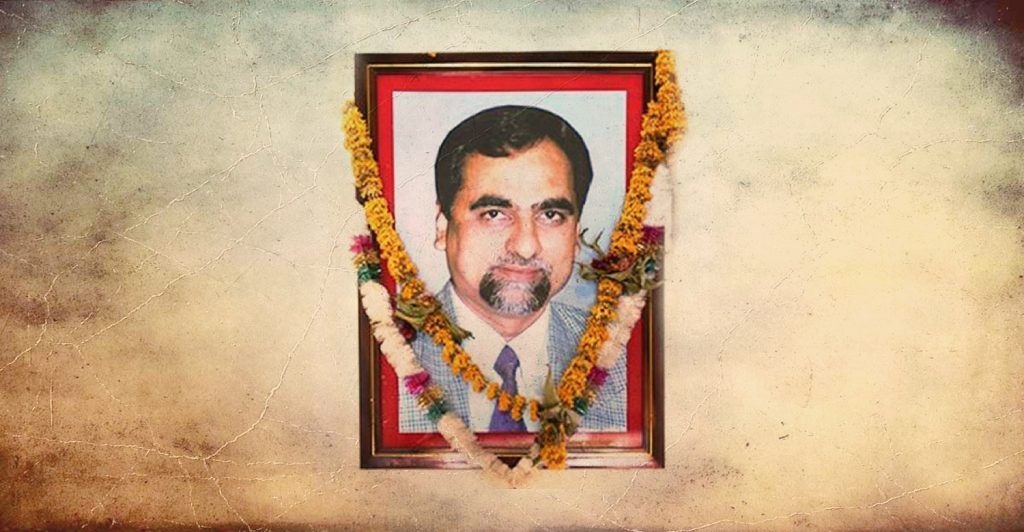 The appointment of S.J. Sharma as the last judge assumes importance because he was to retire by December and was given extension for a few weeks to write the judgment. The Bombay high court and the administrative committee owe a full explanation as to how they selected this particular judge who reflects complete lack of understanding of the law.

Someday, the Supreme Court will have to examine why the administrative committee of the Bombay high court vitiated this direction. Does this not render the judgment completely void ab initio, requiring a full and proper retrial?

The CBI was not misused by the Congress. It was at the instance of the Sohrabuddin’s brother and Prajapati’s mother that the Supreme Court transferred the cases to the agency. Some of us took up the task in persuading the Supreme Court to do so, for the protection of human rights and not for political gains.

Let us hope the CBI now appeals against the judgment and let us hope and trust that the Bombay high court will deliver justice in the matter.