"Only on the basis of photographs which went viral the applicant cannot be said to have intention to disturb the communal harmony of the society... The allegation of receiving foreign funds is without basis," Faisal Khan's counsel said. 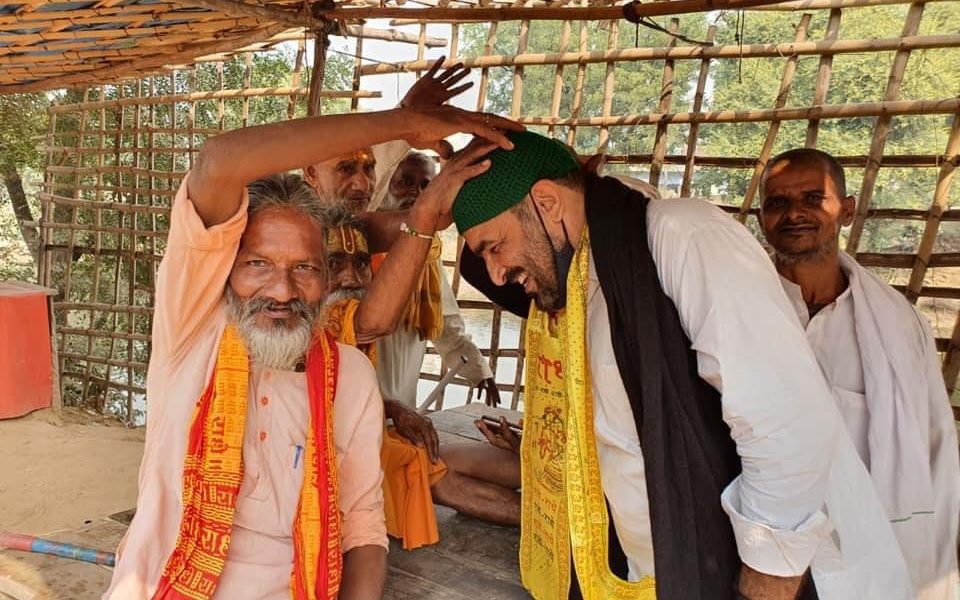 New Delhi: The communal harmony activist arrested in November for offering namaz at a temple in Mathura was granted bail by Allahabad high court in the case on Friday.

Faisal Khan, the national convenor of Khudai Khidmatgar – an organisation working towards interfaith understanding –  was arrested by the Uttar Pradesh Police from his residence in Delhi on November 2 and photos and videos showing him offering namaz in a temple complex at Mathura had gone viral on social media.

He was arrested on charges under sections 153A (promoting enmity between different groups), 295 (injuring or defiling place of worship with intent to insult the religion), and 505 (public mischief). He was then sent to 14-day judicial custody.

“Having considered the material on record, larger mandate of the Article 21 of the Constitution of India and the dictum of Apex Court in the case of Dataram Singh Vs. State of U.P. and another, reported in (2018) 3 SCC 22 and without expressing any opinion on the merits of the case, let the applicant involved in the aforesaid crime be released on bail…”

Khan’s counsel had held in court, “Only on the basis of photographs which went viral the applicant cannot be said to have intention to disturb the communal harmony of the society. He did not entered into the sanctum sanctorum of the temple rather he performed Namaz outside of the temple with the permission of the priest of the temple as clear from the viral photographs. The allegation of receiving foreign funds is without basis.” (sic)

Khan had visited the temple of Nand Baba in Mathura in time for his afternoon prayers on November 19. He was accompanied by his associates, Chand Mohammad, Nilesh Gupta and Sagar Ratna. In a statement, the Khudai Khidmatgar said local people at the temple  had told Khan he could say his namaz at the premises rather than going elsewhere.

Later, a priest at the temple, Kanha Goswami filed a complaint saying that Khan’s gesture had “offended” Hindu sentiments. The complaint also called for an inquiry into the episode and into whether the move had involved “foreign funding” by a Muslim organisation.

A prominent Gandhian activist, Khan was on a five-day pilgrimage between October 24 and October 29 to advocate communal harmony, his organisation had said in a statement. The temple prayers were a part of an attempt to send a message of peaceful coexistence between religions.

Khan’s advocate filed two applications. One was an anticipatory bail application which was not listed. Friday saw the first hearing of his case.

In judicial custody, Khan had tested positive for COVID-19 and had been admitted to KD Medical College hospital in Mathura. This was a cause of concern for his family. His sister, Falak, says “It has been a struggle without him.”

Also read: Why I Think All Hindus Should Fight Against Faisal Khan’s Arrest

The bail order has relieved the family which had been under considerable anxiety. “We are so thankful to the system. He is a modern Gandhi, and his past work speaks for his record. We will celebrate his return like Diwali,” Falak told The Wire.

Bail was granted to him on the condition that Khan will not use social media for any such purposes till the conclusion of trial. His case was argued by senior advocate Colin Gonsalves.

Note: An earlier version of the article had attributed words submitted by Faisal Khan’s counsel to the Allahabad high court. The error is regretted.