Prem Singh Tamang will survive in office thanks to the surreptitious 2015 repeal of a law on the disqualification of those convicted in corruption cases.

The governor, Ganga Prasad, considered whether Tamang should be disqualified, in view of his year-long conviction in a corruption case in 2016, for which he had served a prison term till August 2018. But eventually, Prasad swore Tamand in as chief minister. The SKM is an ally of the Bharatiya Janata Party and a part of the ruling National Democratic Alliance at the Centre.

What are the facts?

A trial court found Tamang guilty, under the Prevention of Corruption Act (PCA), for his role in misappropriating funds in the Sikkim government’s milch cow distribution scheme while he was the animal husbandry minister during Chamling’s first term, between 1994 and 1999. He was convicted and sentenced to a one-year jail term on December 28, 2016.

This provision was inserted in the RPA during Atal Bihari Vajpayee’s tenure in 2003, in order to convey the then government’s commitment to preventing those guilty of corruption from entering electoral politics.

The Narendra Modi government, under the guise of repealing and amending obsolete, redundant, incoherent and unnecessary laws, repealed in 2015, the whole of Act 9 of 2003 – The Representation of the People (Amendment) Act, 2002 – which introduced Section 8 (1) (m) and the amendment increasing the period of disqualification from six years from the date of conviction to a further period of six years since release from prison.

The 2003 amendment sought to disqualify not only those found guilty under the PCA, but under the Commission of Sati (Prevention) Act, 1987 and the Prevention of Terrorism Act, 2002 as well. By repealing the entire 2003 Amendment Act, the Modi government not only declared these offences as not serious enough to merit disqualification, but rolled back the enhanced period of disqualification for those committing other offences specified under Section 8(1) of the RPA. These include a whole range of serious offences such as promoting enmity between different groups on the ground of religion, race, etc, preaching and practicing “untouchability”, committing terrorist acts under the Terrorist and Disruptive Activities (Prevention) Act, 1987 and insulting the national flag or constitution of India.

Ironically, the Modi government’s dilution of the serious offences and stringent disqualification provisions against those found guilty of such offences escaped the scrutiny of the media and the opposition, because the government claimed that these were obsolete and redundant provisions.

Had the Modi government not repealed the 2003 Amendment Act, Tamang’s disqualification would have started from December 28, 2016 and ended on August 10, 2024. Tamang’s swearing-in as the chief minister under Article 164 (4) of the constitution would also have come under scrutiny as he did not contest the assembly elections.

Although Tamang’s position as chief minister may appear to be legally safe in view of the 2015 Act repealing the 2003 amendment of the RPA, there is a case for challenging the 2015 Act, as the Centre’s claim that the amendment was obsolete and redundant is untenable. The 2015 Act repealed 34 other Acts, apart from the 2003 Amendment Act, while the Modi government claimed to have identified 777 Central Acts requiring repeal wholly or in part on the grounds that they are obsolete.

If the repeal of the 2003 amendment of the RPA, in its entirety, is stayed or declared unconstitutional by the judiciary, Tamang’s continuance as the chief minister would come under a cloud, in view of the Supreme Court’s judgment in the Jayalalithaa case.

On September 21, 2001, the Supreme Court’s five-judge constitution bench held that a non-elected member, whose nomination for contesting the election to the legislative assembly stood rejected, could not be appointed chief minister or minister under Article 164 of the constitution merely because the largest number of elected members to the legislative assembly elects such a person to be their leader.

In B.R. Kapur vs State of Tamil Nadu, the nomination of J. Jayalalithaa had been rejected on the ground of disqualification incurred by her under Section 8(3) of the RPA as she had been convicted under the PCA and sentenced to three years’ imprisonment. The execution of her sentence had been suspended by the Madras high court, where her appeal against the conviction and sentence was pending.

Her counsel argued before the Supreme Court that Article 164 of the constitution conferring power on the governor to appoint a person as chief minister, and then appoint ministers on the advice of the chief minister, did not prescribe any qualification for being appointed as minister or chief minister. 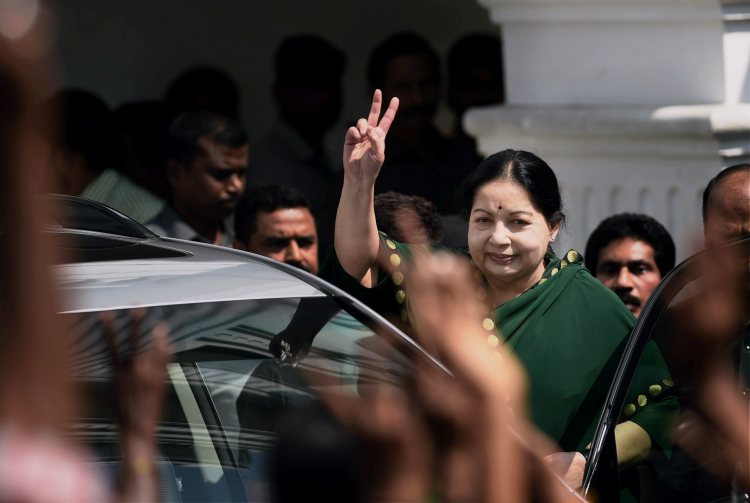 Rejecting this contention, the Supreme Court held that qualification or disqualification provided in Articles 173 and 191 of the constitution for being chosen as a member must be read into Article 164. So Jayalalithaa, who had incurred disqualification under Article 191 (1)(e) read with Section 8(3) of the RPA, could not have been appointed as the chief minister.

The court held that if any of the disqualifications mentioned in Article 191(1)(e) are brought to the notice of the governor or if the governor is satisfied that the person concerned does not possess the minimum qualification for being chosen as a member, as contained in Article 173, his or her constitutional mandate would be not to appoint the person, notwithstanding the support of the majority of the elected members of the legislative assembly.

The court reasoned that in a given case, if the alleged disqualification is dependent upon the disputed questions of fact and evidence, the governor may choose not to get into those and therefore, could appoint the person chief minister or minister. In such a case, the governor exercises his or her discretion under Article 164.

“But in a case where the disqualification is one which is apparent as in the case in hand namely, the person concerned has been convicted and has been sentenced to imprisonment for more than two years and operation of the conviction has not been stayed and the appeal is pending, thereby the disqualification under Article 191 (1) [e] read with Section 8(3) of the RPA staring at the face, the Governor would be acting beyond his jurisdiction and against the constitutional inhibitions and norms in appointing such a disqualified person as the Chief Minister….”

Justice S.P. Bharucha, in his judgment, held that if the nomination to appoint a person who is a non-citizen, underage, a lunatic or an insolvent as chief minister had been made by the majority party, it is hardly realistic to expect the legislature to pass a no-confidence motion against the chief minister as the ruling party would reject it. The election giving an opportunity to the electorate to remove him or her would ordinarily come after the chief minister had finished his or her term.

Justice Bharucha referred to the submission of the counsel for Jayalalithaa and the Tamil Nadu government that the governor was so obliged to appoint as chief minister whosoever the majority party in the legislature nominated, regardless of whether or not the person nominated was qualified under Article 173 or was disqualified under Article 191. They had argued that the only manner in which a chief minister could be removed was by a vote of no-confidence in the legislature or by the electorate at the next elections.

To accept the learned counsels’ submission is to invite disaster, Justice Bharucha said. He pointed out that the majority party in the legislature could recommend the appointment of a citizen of a foreign country, who would not be a member of the legislature and who would not be qualified to be a member under Article 173, as chief minister under Article 164(1) read with (4) to the governor, and the governor would be obliged to comply (if the submission of Jayalalithaa’s counsel was accepted).

“Such a dangerous and such an absurd interpretation of Article 164 has to be rejected out of hand,” Justice Bharucha held. He continued:

The court was clear that the appointment of a chief minister who is not qualified to hold the post should be struck down at the earliest. The bench held that a person who is convicted of a criminal offence and sentenced to imprisonment for a period of not less than two years under Section 8(3) of the RPA – as Jayalalithaa had been sentenced for three years – cannot be appointed as the chief minister of a state under Article 164(1) read with (4) and cannot continue to function as such.

Tamang, unlike Jayalalithaa, was sentenced for one year, but still attracted disqualification under Section 8(1) of the RPA, as amended in 2003. Had the 2003 amendment of the RPA not been repealed by the Modi government in 2015, Tamang too would have suffered disqualification, and the rigours of the Supreme Court’s judgment in the B.R. Kapur case would have applied to him.