The government had sought recovery of certain costs from the sale of oil and gas produced from the Panna-Mukta and Tapti fields. 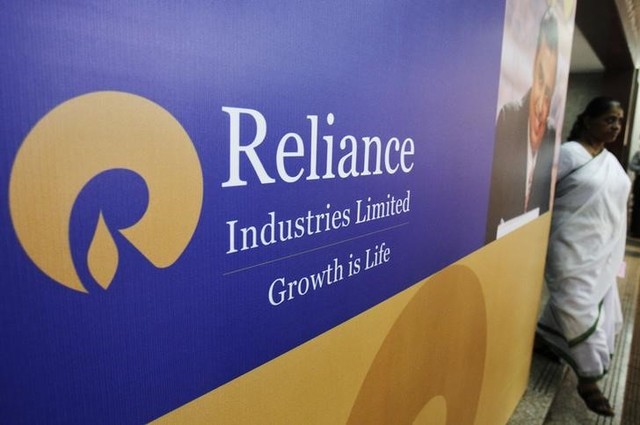 A woman walks past a poster of Reliance Industries installed outside the venue of the company's annual general meeting in Mumbai June 7, 2012. Photo: Reuters/Vivek Prakash/File Photo

New Delhi: In a big win for Shell and its partner Reliance Industries, the English High Court has rejected Indian government’s challenge to the recovery of certain costs in the western offshore Panna-Mukta and Tapti oil and gas fields they operated.

The government had sought $3.5 billion in dues from Reliance and Shell-owned BG Exploration & Production India Ltd based on an October 2016 partial award of an international arbitration tribunal over the recovery of certain costs from the sale of oil and gas produced from the Panna-Mukta and Tapti fields.

The two firms had gone to the English High Court against the 2016 partial award.

Sources with direct knowledge of the development said the English High Court had previously directed the tribunal to reconsider certain issues. The tribunal subsequently in 2018 issued another award to uphold the two companies’ right to recover costs.

Also read: How Reliance Industries Built and Is Now Cutting Down Its House of Debt

This award was challenged by the government.

Justice Robin Knowles of the English High Court (EHC) delivered a judgment on February 12 rejecting all of the government of India’s five challenges to the 2018 award, sources said.

When contacted, Reliance declined to comment on the issue.

The government had used the 2016 partial award not just to raise a $3.5 billion demand on Reliance and Shell but also sought to block Reliance’s $15 billion deal with Saudi Aramco on grounds that the company owed money to it.

Reliance and Shell had countered the government petition in the Delhi High Court saying ?the petition is an abuse of process as no arbitration award has fixed any final liability of dues on the company. ? Sources said the Arbitration Tribunal adjudicating disputes under the Panna-Mukta and Tapti (PMT) Production Sharing Contracts (PSCs) between BG Exploration & Production India Ltd (Shell) and Reliance with Government of India issued Final Partial Award on October 12, 2016. Parts of the 2016 Award were challenged by the two firms the EHC, and the EHC directed the Arbitration Tribunal to reconsider certain issues.

The Arbitration Tribunal reconsidered the issues and on October 1, 2018, gave its Final Partial Award holding that certain costs incurred by two companies were agreed to be cost recoverable by the government of India.

The government of India challenged the 2018 Award on five issues. The two companies also filed a challenge on one issue that certain costs which Arbitration Tribunal held not be recoverable.

The English court has scheduled a consequential hearing on February 28, 2020, for issuing further directions in the matter, they said.

Shell and Reliance had previously contended that the tribunal’s 2016 award determined certain issues of principles. Pending determination of all issues before it, appropriately, it did not award any monetary sums. Quantification of amounts, if any, by the tribunal is to be done when all issues have been decided.

While this challenge was pending in the English court, the government unilaterally calculated certain amounts, based upon its interpretation of the 2016 award, which the government alleges are payable by Oil & Natural Gas Corporation (ONGC), BG and RIL.

ONGC owns a 40% stake in the fields while Reliance and Shell have 30% each.