'To say that a child is too immature to feel their oppression is to belittle and reduce oppression as something that can be felt only by those who understand its nuances,' the protesters said. 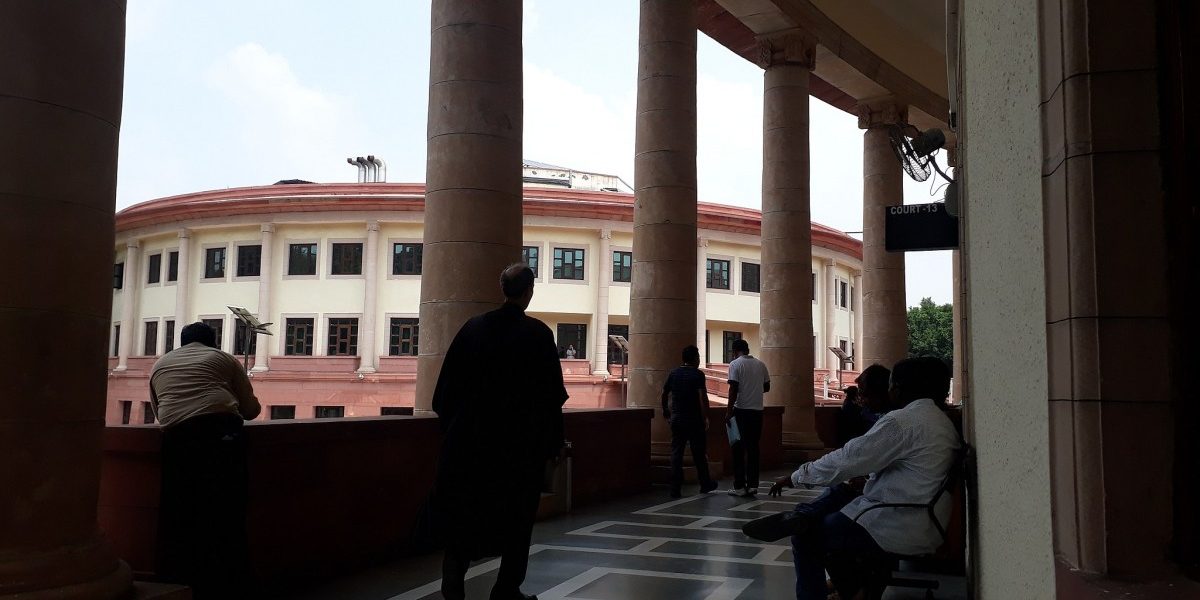 New Delhi: The Supreme Court on Monday took suo motu cognisance of the issue of the death of an infant at the Shaheen Bagh anti-CAA protest site.

Earlier in the year, in the face of police brutality on CAA protesters, the court had famously said that it would wait for the ‘violence’ surrounding the Citizen Amendment Act (CAA) protests to die down before entertaining petitions.

The court issued notices to the Centre and the Delhi government seeking their responses on the issue.

A bench headed by Chief Justice S.A. Bobde also took exception to some of the lawyers opposing the court’s taking suo motu cognisance of the matter.

“Can a four-month-old child be taking part in such protests?” the bench, also comprising Justices B.R. Gavai and Surya Kant, asked, posing the question to the women lawyers appearing in the matter, according to PTI.

A statement put out by the Shaheen Bagh protesters not only takes note of the fact that very young activists have made noteworthy contributions to their respective movements, but that, naturally, children can feel for the causes that their parents are protesting against.

“To say that a child is too immature to feel their oppression is to belittle and reduce oppression as something that can be felt only by those who understand its nuances,” reads the statement.

It cites examples from the last few months, when a 19-month-old baby was partially blinded by pellets in Kashmir, students in Jamia Millia Islamia, Aligarh Muslim University and so on were brutally assaulted by police, and “minors were detained, stripped and beaten in Daryaganj, Delhi and Muzaffarnagar, Bijnor, Lucknow, Meerut in UP.”

The statement also notes that there are several arrangements in place at Shaheen Bagh which cater to children and help women take care of their young, including easy access to two hospitals, a dedicated children’s area and a library.

The two women lawyers said they were seeking intervention on behalf of journalist and activist John Dayal and a woman who is the mother of two children.

LiveLaw quoted advocate Sharukh Alam as having said that she was representing three mothers who had told her, “Children are being called names, ‘terrorist’, ‘gaddar‘ (traitor), ‘Pakistani’, in school! They come home crying!”

These women live in slums and have no option but to take their children along to the protest site,” one lawyer submitted

“The right of children to protest is also recognised under the UN convention…and children are brought along to fairs, jagratas etc where also they could be at a risk of some harm,” advocate Nandita Rao submitted, asking why objection was being taken to children participating in protests alone.

Strangely, for a bench considering a case to do with the welfare of children, it replied to the above with the words, “We do not want people to use this platform to further create problems.”

The bench attempted to at once say that it was not stifling anybody’s voice.

“We are not stifling any voice. This is a properly constituted suo motu proceedings by the Supreme Court of India,” the bench said.

The apex court took suo motu cognisance of the matter following a letter written to it by a national bravery award winner Zen Gunratan Sadavarte, who asked for minors to be barred from participating in any type of protest and agitation.

The statement by the Jamia protesters notes that not only did Mahatma Gandhi’s two-year-old grandson Kanu walk ahead of him at the Dandi March, Bhagat Singh, at 12, visited the site of the Jallianwala Bagh massacre hours after Brigadier-General Dyer ordered the fatal shots.

“In recent times, Licypriya Kangujam (8), Ridhima Pandey (12), Aditya Mukarji (15), Greta Thunberg (17) and Malala Yousafzai (who was a minor when she was shot at by the Taliban) have all become glowing examples of the power of children’s voices in times of failure of the state.”

The petitioner said in the letter to the CJI’s office that the parents of the baby and the organisers of the anti-CAA protests at Shaheen Bagh had “failed” to protect the rights of the kid, resulting in his death.

Sadavarte is a student of Class 7 from Mumbai.

The court also noted that the death certificate of the infant did not have a cause on death on it.