Seniority is not the ideal norm to determine the appointment of the chief justice of India, but there appears to be no alternative at present. 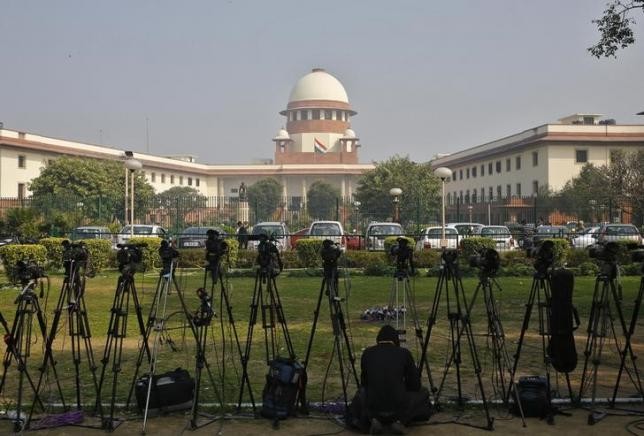 The Department of Justice in the Ministry of Law and Justice issued a terse notification on December 19 saying that by exercising the powers conferred by clause (2) of Article 124 of the constitution of India, the president had appointed Justice Jagdish Singh Khehar, a Supreme Court judge, as the 44th Chief Justice of India (CJI), with effect from January 4, 2017.

The notification, albeit routine, issued ahead of the swearing-in of the new CJI is significant because of what it fails to reveal. Strange as it may seem, clause (2) of Article 124 of the constitution does not confer any such power on the president to appoint the CJI.

“Every judge of the Supreme Court shall be appointed by the president by warrant under his hand and seal after consultation with such of the judges of the Supreme Court and of the high courts in the states as the president may deem necessary for the purpose and shall hold office until he attains the age of 65 years. Provided that in the case of appointment of a judge other than the chief justice, the Chief Justice of India shall always be consulted.”

No doubt, a CJI is also a judge of the Supreme Court and, therefore, it may be suggested that the power to appoint a CJI can be inferred from this provision. Justice Khehar, however, has already been appointed as a Supreme Court judge once and continues to be one till date.

Therefore, without a clarificatory notification, the use of this provision would mean the appointment of the same person twice.

By appointing Justice Khehar – the senior-most judge in the Supreme Court after outgoing CJI Justice T.S. Thakur – as the next CJI, the president has put to rest the speculations that have been doing the rounds for weeks.

The senior most puisne of the Supreme Court has always been appointed as the CJI except on two occasions.

The convention was breached when Justice A.N. Ray was appointed as the CJI on April 25, 1973, by superseding three senior-most judges. The supersession was made on the day following the Supreme Court’s judgment in the Kesavananda Bharati case.

The second supersession took place during the Emergency when Justice M.H. Beg was appointed as the CJI on January 29, 1977, by superseding Justice H.R. Khanna.

During the hearing of the National Judicial Appointments Commission (NJAC) case last year, the government counsel defending the NJAC assured the Supreme Court’s constitution bench that these two instances of breaching the convention should be considered as aberrations.

The bench also took note of the fact that the first prime minister, Jawaharlal Nehru wanted to supersede Justice Patanjali Sastri, who was the senior-most judge of the Supreme Court, when the first CJI, Harilal Kania, died in office on November 6, 1951.

The bench was told – on the basis of reliable records – that all the six judges of the Supreme Court threatened to resign if Sastri was superseded. Sastri only had a few months left until his retirement and the government acceded to the so-called non-existent convention at the time.

The petitioners in the NJAC case, who doubted the government’s bonafides, pointed to the amendment of the constitution inserting the new Article 124(C), which said that the parliament may – by law – regulate the procedure for the appointment of CJI and other judges of the Supreme Court, and the chief justices and other judges of high courts.

The petitioners were also concerned about the vagueness of the term ‘fitness’, used in Section 5 of the NJAC Act, while referring to the fitness of the senior-most judge of the Supreme Court, to be determined by parliament, for the purpose of his elevation as the CJI. 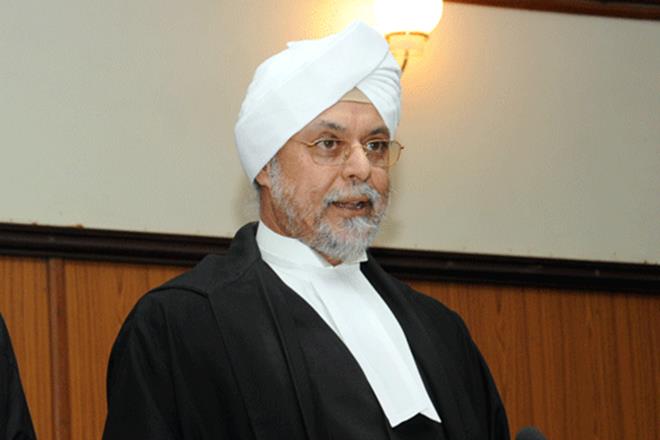 Justice Jagdish Singh Khehar, the senior-most judge in the Supreme Court, will take over as the chief justice of India on January 4, 2017. Credit: PTI

While Attorney General Mukul Rohatgi clarified to the bench that fitness meant physical and mental fitness alone, doubts remained whether the parliament could define “fitness” in a manner subserving the interests of the executive.

The petitioners’ concerns prevailed over the bench, which struck down both the NJAC Act and the Constitution 99th Amendment Act 2014, on grounds that if the parliament has the authority to regulate the procedure for the appointment of judges – including the CJI – by framing laws, it would mean legislative control, which would breach the “independence of the judiciary.”

The convention of appointing the senior-most judge of the Supreme Court as the CJI, following the retirement of the outgoing CJI, was given the stamp of approval in the Second Judges Case in 1993.

In that case, a nine-judge bench had held that “there is no reason to depart from the existing convention and, therefore, any further norm for the working of Article 124(2) in the appointment of Chief Justice of India is unnecessary.”

Seniority convention has no roots

Abhinav Chandrachud, a scholar and lawyer, however, found little evidence for this convention prior to the establishment of the Supreme Court, specifically in the high courts of Bombay, Calcutta, Madras, Allahabad, Patna, or in the Federal Court of India (FCI).

According to him, the seniority norm for the appointment of the chief justices of these high courts and in the FCI did not prevail. He observed that when viewed as a whole, the seniority convention in the high courts of India was an exception rather than a rule.

He adds that in the1950s, the appointment of the CJIs on the norms of seniority was an aberration, today, however, it is perhaps indispensable in order to safeguard the independence of the judiciary.

India’s first attorney general, M.C. Setalvad, was asked by the then home minister, K.N. Katju, whether he was interested in taking Kania’s place as the CJI – referring to a custom prevalent in England where the attorney general replaces the lord chief justice. Setalvad reminded the home minister that he had already surpassed the retirement age. Setalvad apparently suggested to the home minister that M.C. Chagla, the then chief justice of the Bombay high court, be considered for the post.

There is evidence suggesting that the framers of the Indian constitution contemplated someone other than the Supreme Court judge to become the CJI in order to ensure that the incumbent has a longer term in office than what most CJIs – elevated on the basis of seniority – can hope to have.

It is too late in the day to speculate what could have been the consequence had the six judges of the Supreme Court not threatened to quit in the face of Nehru’s threat to supersede Sastri in 1951. Since then, seniority as the only norm for the appointment of the CJI has become synonymous with the independence of the judiciary.

The rapid succession of the CJIs and the experience of outgoing CJI Thakur – who had just about a year in office as the chief justice before his retirement and was therefore at the receiving end of the government’s indifference to the collegium’s recommendations for filling vacancies of judges in high courts – should tell us that in the absence of fixed minimum tenures, no chief justice can hope to reform the judiciary and thereby ensure its independence from the executive on aspects other than the appointment of the CJIs.

The next CJI, Khehar, who assumes office on January 4, 2017, will retire on August 27, 2017, with a summer vacation lasting for one and a half months.

Seniority is not the ideal norm to determine the appointment of the CJI, but there appears to be no alternative at present with the government’s lack of respect for institutions hitting an all-time low.