By appearing to prevent indiscipline by individual legislators of a political party, the Supreme Court has given a licence to wholesale corruption by the leaders of political parties. 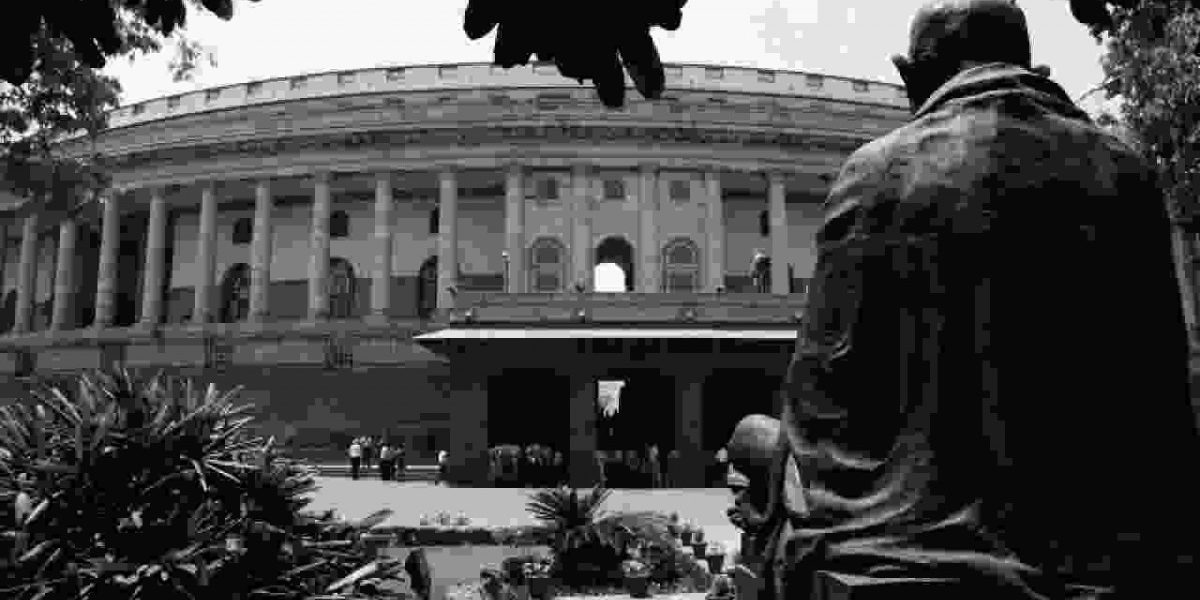 The Supreme Court bench consisting of Chief Justice of India Dipak Misra, Justice A.M. Khanwilkar and Justice D.Y. Chandrachud, on Tuesday quashed the Election Commission’s circulars introducing the None Of The Above (NOTA) option to the electors in the Rajya Sabha election in the case, Shailesh Manubhai Parmar v Election Commission of India Through The Chief Election Commissioner & Others.

Making NOTA applicable in Rajya Sabha elections is contrary to Article 80(4) of the constitution and the Supreme Court’s judgment in PUCL v Union of India (2013), the bench held. Article 80(4) states that the representatives of each state in the council of states shall be elected by the elected members of the legislative assembly of the state in accordance with the system of proportional representation by means of the single transferable vote.

The Election Commission contended that as per the pronouncement in the PUCL case, there is no distinction between direct and indirect elections and the provision of NOTA in the ballot paper of the elections has been made applicable by the EC to Rajya Sabha to effectuate the right of electors guaranteed to them under Section 79A of the RPA. The EC issued a circular on January 24, 2014, and reiterated it by another circular dated November 12, 2015 that the option of NOTA would be applicable to elections in Rajya Sabha.

Citing the court’s previous rulings, the bench held that the vote of an elector in the Rajya Sabha election has certain value, and that there is transfer of surplus votes.

The Supreme Court, in the PUCL case, directed the EC to introduce NOTA in direct elections in order to provide an opportunity to the elector to express his or her dissent or disapproval against the contesting candidates and to reduce bogus voting.

The court reasoned in that case that when political parties realise that a large number of people are expressing their disapproval with the candidates being put up by them through NOTA, gradually there would be a systemic change and the political parties would be forced to accept the will of the people and field candidates who are known for their integrity.

In direct elections, a dissatisfied voter ordinarily does not turn up for voting which, in turn, provides a chance to unscrupulous elements to impersonate, and cast a vote. The Supreme Court, therefore, directed the EC to make necessary provision in the ballot papers/EVMs for another button called NOTA so that voters who come to the polling booth and decide not to vote for any of the candidates in the fray, are able to exercise their right not to vote while maintaining their right of secrecy. In the Rajya Sabha, the bench reasoned that the nature of the representative is different, for he becomes a representative of the state. In contrast, a candidate who is elected by voters in a direct election represents a constituency. The bench did not explain how this distinction matters for the purpose of extending or denying NOTA.

Parliament found that in election to the Rajya Sabha, members of the electoral college, though elected on behalf of political parties, misuse the secret ballot, and cross-vote and there had been breach of discipline by political parties for collateral and corrupt considerations. Therefore, parliament legislated to provide for an open ballot. The Supreme Court held that the principle of secrecy is not an absolute principle, though it is meant to ensure free and fair elections. The higher principle is free and fair election, and purity of election, it held.

The Supreme Court has held that its judgment in the PUCL case relates to direct elections, which are constituency-based. The bench did not explain why the same judgment could not apply to a non-constituency based election. The PUCL judgment thus justifies NOTA on the ground that it is similar to the option of abstention, apart from options ‘Yes’ or ‘No’, which are available to the members of parliament and state assemblies.

If the Supreme Court’s judgment on Tuesday is any guide, then members of parliament and state assemblies cannot exercise their right to abstain from voting on any issue, because the same grounds invoked against NOTA in the Rajya Sabha elections could be used against abstention by legislators.

The Anti-Defection Act, which inserts Tenth schedule to the constitution, maintains a fine balance between the freedom of a legislator to express herself, and the consequence of disqualification on the ground of defection. Thus a legislator can vote against a party’s direction, or abstain from voting and can still avoid disqualification, if she had obtained prior permission of such political party, or such voting or abstention has been condoned by the party within 15 days (Paragraph 2(1)(b)).

In other words, a legislator voluntarily gives up her membership of a political party, or violates the direction of the party whip, knowing fully well that she might have to resign or face disqualification from the membership of the house, if her conduct satisfies the ingredients mentioned in the Act. The Act does not consider the conduct itself as anathema to democracy; it only requires that it be visited with disqualification, if required. The Supreme Court, likewise, could have let the rigours of Tenth Schedule to be used against state assembly legislators, who use the NOTA option in the Rajya Sabha elections, in violation of the party’s direction, if any. What if the party decides against issuing directions to its members to vote or not to vote a particular candidate in the Rajya Sabha election? Why should the court deny NOTA option to such legislators?

If cross voting is an offence in itself, parliament can make it invalid. But as parliament has not declared it so, can the Supreme Court take it upon itself, and consider cross voting as being inconsistent with purity in the election process and the core values of democracy and fair election? If the Supreme Court is convinced that cross voting is such a serious aberration, why not declare it unconstitutional? The court does not do so, and instead, assumes that NOTA would encourage it. The court has held in many cases that mere possibility of abuse cannot be a ground against the validity of any law or rule.

The judgment erroneously equates party discipline with purity in the election process. Indian politics is synonymous with some of the great splits which have occurred in many political parties. If party discipline is considered a core virtue in itself, then most splits should be considered as unethical, if not unconstitutional. But splits, resulting from party indiscipline, have enriched Indian democracy, and made it vibrant.

The judgment not only elevates party discipline as a principle of democracy, but considers open ballot as its essential ingredient. The bench conveniently ignores the reality of party leaders behaving like autocrats in the garb of maintaining party discipline, thereby crushing intra-party democracy. Open ballot sustains foundational value of party discipline, and avoids any kind of cross voting, besides ensuring purity in the election process, the bench observes. “The party discipline in this kind of election is of extreme significance, for that is the fulcrum of the existence of political parties. It is essential in a parliamentary democracy. The thought of cross voting and corruption is obnoxious in such a voting.”, the bench adds.

The counsel for the petitioner, Abhishek Manu Singhvi argued that an elector belonging to a particular party might not voluntarily give up the membership but could exercise his choice of NOTA despite his political party setting up a candidate. This, he contended, created an anomalous situation and brought in horse trading, corruption and use of extra constitutional methods which were sought to be avoided by the introduction of the Tenth Schedule to the constitution.

The mere possibility of horse trading, corruption and use of extra constitutional methods cannot be a ground for denial of NOTA, which the court assumes, will have a negative impact.

But this argument misses the point that the action of voluntarily giving up the membership may be inferred from the conduct of a legislator, and need not be explicit. The exercise of NOTA by a legislator in the Rajya Sabha election could be an instance of voluntarily giving up the membership, which could lead to the disqualification of the member. The mere possibility of horse trading, corruption and use of extra constitutional methods cannot be a ground for denial of NOTA, which the court assumes, will have a negative impact.

In many cases, the courts have grappled with the question of what constitutes voluntarily giving up membership of a political party, to determine whether a legislator has suffered disqualification on the ground of defection. Whether the exercise of NOTA by a legislator in the Rajya Sabha elections amounts to voluntarily giving up membership of a political party depends on the facts and circumstances of a particular case, and any such question has to be decided in accordance with law, first before the presiding officer of the house concerned, and if challenged before a court later, by the judiciary. It is not for the Supreme Court to assume before hand that NOTA would amount to that, and make that option unavailable to an elector on that ground.

The bench is correct in finding that in the Rajya Sabha elections, an elector, though a single voter, has a quantified value of his vote and the surplus votes are transferable and that there is a formula for determining the value of the vote. From this, the bench leaps to the conclusion, without any basis, that NOTA in Rajya Sabha election will be an anathema to the fundamental criterion of democracy, which is a basic feature of the constitution.

The introduction of NOTA in the Rajya Sabha election, the bench adds, will not only run counter to the discipline that is expected from an elector under the Tenth Schedule to the constitution but also be counterproductive to the basic grammar of the law of disqualification of a member on the ground of defection.  “It is a well settled principle that what cannot be done directly, cannot be done indirectly”, it says. To elaborate, if NOTA is allowed in the election of the members to the council of states, the “prohibited aspect of defection” would indirectly usher in with immense vigour, the bench suggests. The Act, the court must remind itself, does not prohibit defection, but only seeks to impose disqualification on members who defect, under certain circumstances.

NOTA is directly relatable to a direct election, one man, one vote and one value, but in Rajya Sabha elections, it would not only undermine the purity of democracy, but also serve the Satan of defection and corruption, the bench concluded and quashed the EC’s circulars.

By appearing to prevent indiscipline by individual legislators of a political party, the Supreme Court has given a licence to wholesale corruption by the leaders of political parties, who will now have a free hand in negotiating support to candidates in Rajya Sabha elections by virtue of their unchallengeable control over the party electors.