'You May Be $2-3 Trillion Company, but People Value Privacy More Than Money': SC to WhatsApp

Petitioners alleged that the app is applying lower standards of privacy for Indians compared to Europeans and asked that they be barred from sharing data with Facebook and others. 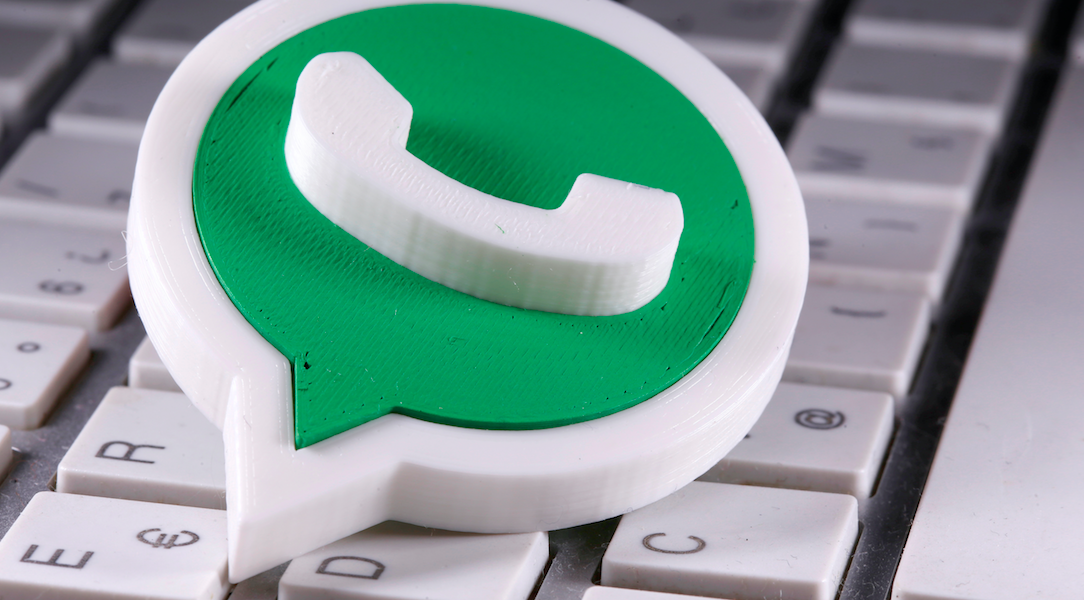 A 3D printed Whatsapp logo is placed on the keyboard in this illustration taken April 12, 2020. Photo: Reuters/Dado Ruvic/Illustration

New Delhi: “You may be $2-3 trillion company, but people value their privacy more than the money,” the Supreme Court told WhatsApp on Monday as it sought the US-based instant messaging firm’s reply on a fresh plea challenging its new policy to share users’ data with parent company Facebook and others.

It is the duty of the judiciary to protect citizens’ privacy, the top court said, asking WhatsApp and also the Centre to file replies on affidavit within four weeks on the plea which alleged that lower standards of privacy are being applied by the firm for Indians in comparison to its European users of the app.

WhatsApp told the top court however that Europe has a special law (General Data Protection Regulation), and if such a law is passed by the parliament then it will follow it.

A bench of Chief Justice Bobde and justices A.S. Bopanna and V. Ramasubramanian said, people have grave apprehensions that they will lose their privacy and it is our duty to protect them. “You may be $2-3 trillion company, but people value their privacy more than the money. People gave grave concern about their privacy,” the bench said, adding that there is apprehension that WhatsApp will share the information and data about their circuit of message with others.

Senior advocate Kapil Sibal, appearing for WhatsApp, said there is no discrimination in the new privacy policy. The privacy policy which will be applied in India is same for the whole world except for Europe. In Europe they have a special law. If parliament passes such law, then it will also follow it, Sibal said.

The apex court issued notice to the central government and the Facebook-owned app on an interim application filed by Karmanya Singh Sareen in a pending petition of 2017, which has been referred to the constitution bench. At the outset, senior advocate Shyam Divan, appearing for Sareen and others, argued that the plea has also challenged the new privacy policy of WhatsApp which will come in effect from May 15, 2021.

Divan alleged that the app is applying lower standards of privacy for Indians in comparison to European users and asked that they be barred from sharing data with Facebook and others.

There is a huge difference between privacy policy which is being applied to Indians and what is applied in Europe. Unlike in India, in Europe they have to take prior consent of users before sharing any data of users. They [should] be directed to apply same standards of privacy to Indians as applied to users in Europe, Divan said.

He said that till the Centre comes up with new data policy, WhatsApp should be restrained from implementing its new policy and direction be issued to the government to ensure that the app comply with all the orders of the court.

“We are impressed by Divan’s argument that it was proposed before us [by the Centre] that a data protection law would be brought into force,” the bench told Sibal, adding, “Now under this new policy you [WhatsApp] will share data of Indians.”

Senior advocate Arvind Dattar, also appearing for the US firm, and Sibal said that they can swear on affidavit that WhatsApp does not store or share any personal data of users and all these allegations are misinformation. Dattar said the messaging app is complying with the Centre’s guidelines and this petition under Article 32 of the Constitution is not maintainable.

The bench said, “Put on oath all this. We are giving you four weeks to file the affidavit.” It told Dattar that citizens have great apprehension about loss of their privacy and they think that their data and chats are being shared with others, and it has to be looked into.

Sibal said that a similar petition challenging the privacy policy of WhatsApp is pending in the Delhi High Court. The bench clarified that it will have to look into the maintainability aspect of that petition and see if the case can be transferred to the top court as the original petition in this case has been pending before the Constitution bench.

Also read: Why the United Nations Should Be the One to Protect Global Online Spaces

The petitioner challenged the new privacy policy alleging that there is huge metadata of users which is being shared for profit. As per the new privacy policy, which was earlier scheduled to come in effect from February 8, 2021 but later deadline was extended to May 15, 2021, WhatsApp will share user information internally within the Facebook companies and externally with partners and service providers.

The top court had in 2017 referred the WhatsApp’s privacy policy issue which came into effect after its merger with Facebook to a constitution bench, saying it concerns the larger issue of privacy and right to personal liberty.

The appeal filed in the apex court by Sareen and Shreya Sethi had assailed the Delhi high court verdict on the ground that no relief was granted on sharing of users’ data post-September 2016 by WhatsApp, and it amounted to an infringement of fundamental rights under Article 19 (freedom of speech and expression) and 21 (right to life) of the Constitution.