"We don't want to flog a dead horse," the bench said, adding that it did not see any merit in the prayer as "nothing would come of it". 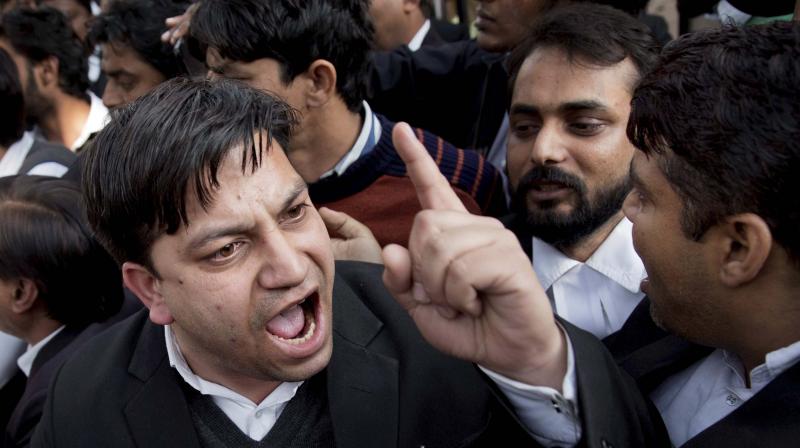 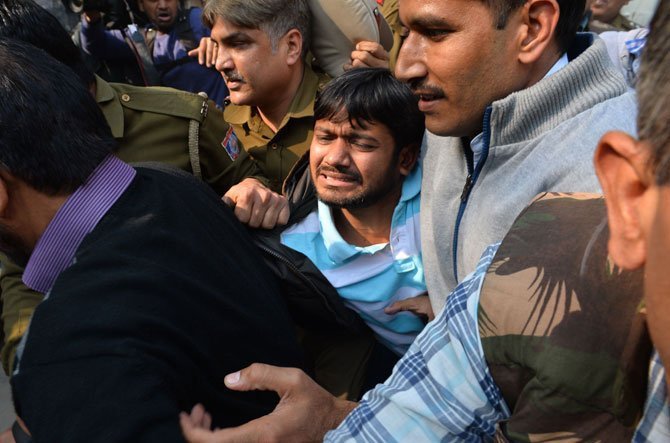 New Delhi: The Supreme Court on Wednesday said it is disinclined to further hear the only remaining petition seeking an independent probe by a Special Investigation Team (SIT) into the violent incidents against Jawaharlal Nehru University Students’ Union leader, Kanhaiya Kumar at the Patiala House court complex on February 15 and 17, 2016.

The incidents had shocked the judicial fraternity and forced the Supreme Court to admit two petitions for hearing and seek reports from five senior advocates of the apex court, the registrar general of the Delhi high court and the Delhi Police.

On Wednesday, the extraordinary concern shown by the Supreme Court in 2016 was conspicuously missing. A bench of justices Ranjan Gogoi and R Banumathi said of the prayer that “nothing would come out of it”.

“We don’t want to flog a dead horse”, the bench was heard as observing.

The petition, filed by advocate Kamini Jaiswal after the incidents, and argued by advocate, Prashant Bhushan, sought a direction from the Supreme Court to constitute a SIT to investigate the incidents of attacks on February 15 and 17, 2016 by some lawyers and others on the premises of Patiala House on journalists, students, teachers, defence lawyers and the accused, Kanhaiya Kumar. It also asked that if anyone was found guilty, action be initiated against them in accordance with the law.

On Wednesday, Prashant Bhushan could not convince the bench that in the very least, contempt proceedings should be initiated against three lawyers and erring policemen for flouting the Supreme Court order passed in the immediate aftermath of the incidents. This is because on February 17, 2016, despite the Supreme Court order directing that peace be maintained, violent incidents took place in the court complex, constituting interference in the administration of justice.

That Jaiswal’s petition could meet the same fate was anticipated, given the Supreme Court’s earlier lack of interest in hearing a related petition filed by JNU alumnus, ND Jayaprakash which sought to ensure the safety of Kanhaiya Kumar and others who were required at the Patiala House Court complex on February 17, 2016 to participate in the judicial proceedings relating to the sedition case registered against him.

Jayaprakash also filed a contempt petition, alleging that the former commissioner of Delhi Police, B.S. Bassi, and three of his associates made patently false averments regarding compliance of the Supreme Court’s order in the matter. The court had directed police officials to ensure that no harm would be caused to the accused, his lawyers, and others authorised to attend the proceedings on that day.

Jayaprakash, in his petition, claimed that the Delhi Police had more than adequate police force on the spot to enforce the rule of law through non-violent crowd control methods, yet they deliberately and wilfully disobeyed the specific orders of the Supreme Court. The gross indifference and inaction on the part of contemnors in complying with the decisions of the Supreme Court dated February 17, 2016 only resulted in the repetition of the unwarranted events of February 15.

“It is completely absurd and laughable that a force of over 900 police personnel could not keep at bay a mob of 200 unruly lawyers and ensure the safe passage of Kanhaiya Kumar”, he had observed.

On November 14 last year, a bench comprising of justices Ranjan Gogoi and Navin Sinha dismissed both of Jayaprakash’s petitions, saying: “We find no live issue in the present petitions.The writ petition and the contempt petition are accordingly dismissed.”