The bench said that in the interest of public health and safety of citizens, this year's Rath Yatra at Puri in Odisha cannot be allowed. 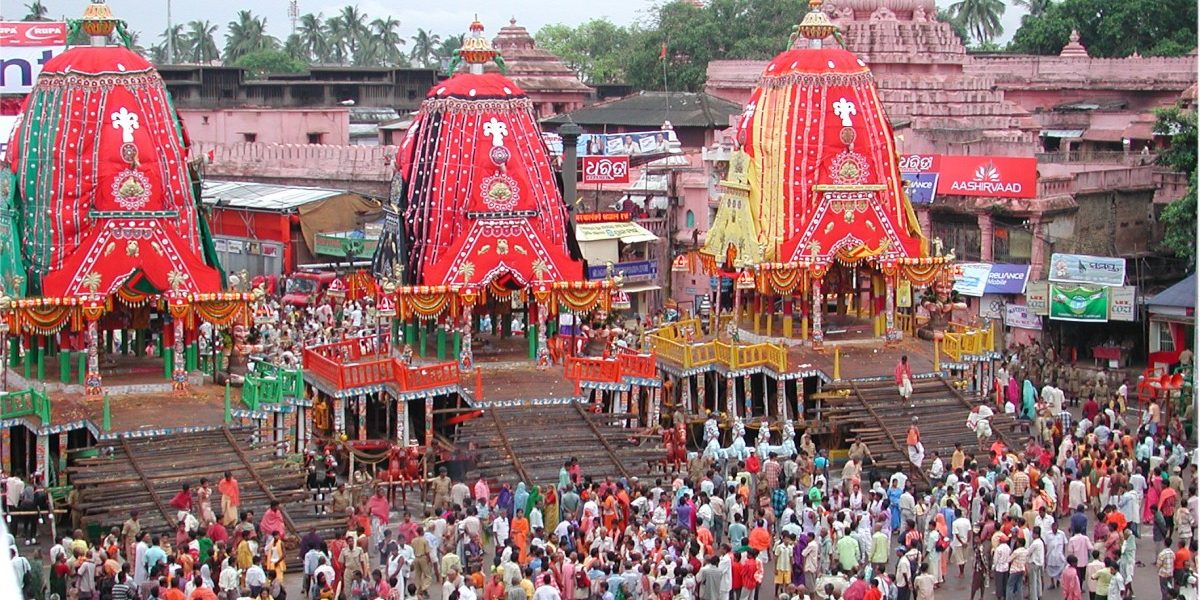 New Delhi: The Supreme Court on Thursday stayed this year’s historic Puri Rath Yatra starting from June 23 as also the related activities due to the COVID-19 pandemic, saying that “Lord Jagannath won’t forgive us if we allow” it.

A bench of Chief Justice S.A. Bobde and Justices Dineesh Maheshwari and A.S. Bopanna said that in the interest of public health and safety of citizens, this year’s Rath Yatra at Puri in Odisha can’t be allowed.

“Lord Jagannath won’t forgive us if we allow this year’s Rath Yatra to go on”, CJI Bobde said, adding that as such a huge gathering can’t take place during the pandemic.

The bench asked the Odisha government not to allow the yatra or pilgrimage procession and the related activities anywhere in the state to avoid the spread of coronavirus (COVID-19).

During the hearing, senior advocate Mukul Rohatgi, appearing for the petitioner NGO, said that if Rath Yatra is allowed huge congregation of people will take place, exposing them to a higher risk of infection by coronavirus.
The bench said it is a serious matter.

Solicitor General Tushar Mehta, appearing for the Centre, said that it needs time till tomorrow to file the reply.

A counsel appearing for an intervenor said the Odisha government has issued a notification that there shall be no public gathering till June 30.
However, the bench said that it is staying the festival starting from June 23.

The top court’s order came on a PIL filed by Odisha based NGO seeking cancellation or postponement of this year’s Rath Yatra, which continues for 10 to 12 days and is attended by millions of devotees from across the world.

Two pleas have been moved in the top court seeking to cancel or postponement of the historic ‘Rath Yatra’.

Besides the PIL filed by the NGO, Odisha Vikas Parishad, seeking stay on holding of the annual festival, an appeal has been moved by one Surendra Panigrahi of Bhartiya Bikash Parishad against the Orissa High Court order of June 9 which had asked the state government to decide on holding the ‘Rath Yatra’ festival in line with the COVID-19 guidelines.

The PIL said the religious congregation of such nature, which has been specifically prohibited by the state government vide its guidelines dated June 1 and June 7 and the guidelines dated May 30 of Ministry of Home Affairs, if allowed, will lead to catastrophic results and it will be very difficult on the part of the authorities to control the spread of the virus thereafter.

Thus, keeping in mind the interests of the general public at large, it would be apposite to postpone the Rath Yatra festival which is scheduled to commence on June 23, 2020, and further continue for a period of 10-12 days thereafter, the plea said.

It said that if the ‘Rath Yatra’ is allowed to happen on June 23, despite State Government’s prohibition on holding religious gathering or congregations, lakhs and lakhs of devotees from all over the country are going to gather for darshan’ of Lord Shri Jagannath.

If such a massive gathering takes place members of the crowd will not be able to maintain adequate distance, which will make them all vulnerable to contracting COVID-19 infection, it said.

It sought a direction to the Centre and the state government for not granting any permission for holding the ‘Rath Yatra’ festival.

The appeal of Panigrahi also mentioned similar grounds for deferment of Rath Yatra and said, This time the entire country including the state of Odisha is presently passing through a very critical situation due to outbreak of COVID-19 pandemic in India as well as Puri district.

On June 9, the High Court on the PIL filed by Panigrahi has directed that the state government that in case it decides to hold ‘Rath Yatra’ festival at Puri in consistency with the Covid-19 guidelines, then it must also duly consider deploying machinery or other means like elephants to pull the chariots.

The three heavily built wooden chariots of Lord Jagannath, Lord Balabhadra and Devi Subhadra are traditionally pulled manually over a distance of three kilometres twice during the nine-day festival of the Trinity at Puri.

While the festival is scheduled for June 23, the ‘Bahuda Yatra’ (return car festival) is fixed for July 1.

The High Court had said that it is up to the state government to decide whether or not to allow the religious festival depending on the Coronavirus situation prevalent on the ground.

If, however, any such decision is eventually taken, the state government shall ensure strict adherence to the directives issued by the Centre and the State’s own orders containing additional guidelines to prevent the spread of COVID-19 virus, the high court had said.