A bench of Justices Indira Banerjee and V. Ramasubramanian also noted that the death of a paratrooper during the violence has not yet been investigated. 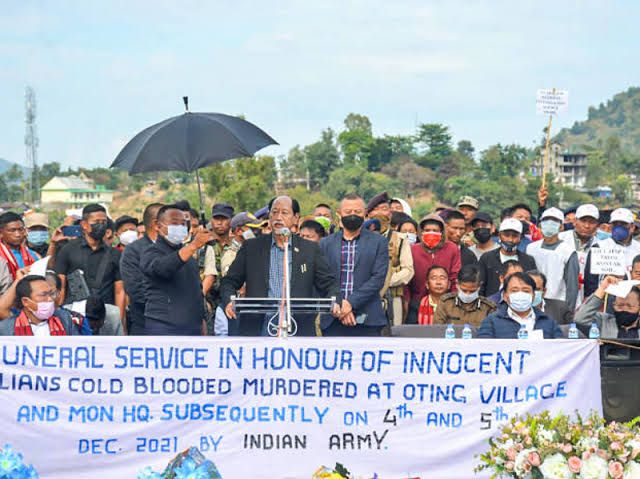 New Delhi: The Supreme Court on Tuesday stayed proceedings initiated by the Nagaland Police against 30 army personnel allegedly responsible for the killing of 14 civilians in Mon district in December 2021.

A bench of Justices Indira Banerjee and V. Ramasubramanian also noted that the “death of a paratrooper during the violence” has not yet been investigated. The paratrooper, Gautam Lal, was killed by angry civilians later on the same night, and did not die in the course of the Mon encounter.

The court was hearing two pleas, Bar and Bench reported, including one by Anjali Gupta, the wife of accused army officer Major Ankush Gupta. She had asked for the FIR naming her husband, the SIT report and other ancillary proceedings to be quashed.

She claimed that the officials were only “performing their bonafide duties as directed by the Union of India, but the SIT so constituted to conduct a free and impartial investigation into the said incident has acted in a completely arbitrary, unilateral and illegal manner, by picking and choosing the evidence available before it to appease the public outcry and to assuage the concerns of the chose few (sic).”

The Wire had reported earlier this month on how the SIT probing the incident has found that the team commander of an army major rank “wilfully suppressed” the fact that the team was headed in the wrong direction for at least 50 minutes. These damning findings are central to the six-month-long investigation carried out by the SIT set up by the Nagaland state government to investigate the firing and the subsequent deaths.

The major’s wife’s petition in the Supreme Court has claimed that the SIT attributed criminality to the accused “in its zest”.