SC Refuses to Order CBI Probe Into Attacks on Swami Agnivesh; Asks Him to Approach HC

Pointing out that the state police was handling the matter, the apex court refused to order a CBI probe into the attacks on social activist Swami Agnivesh in Delhi and Pakur district of Jharkhand. 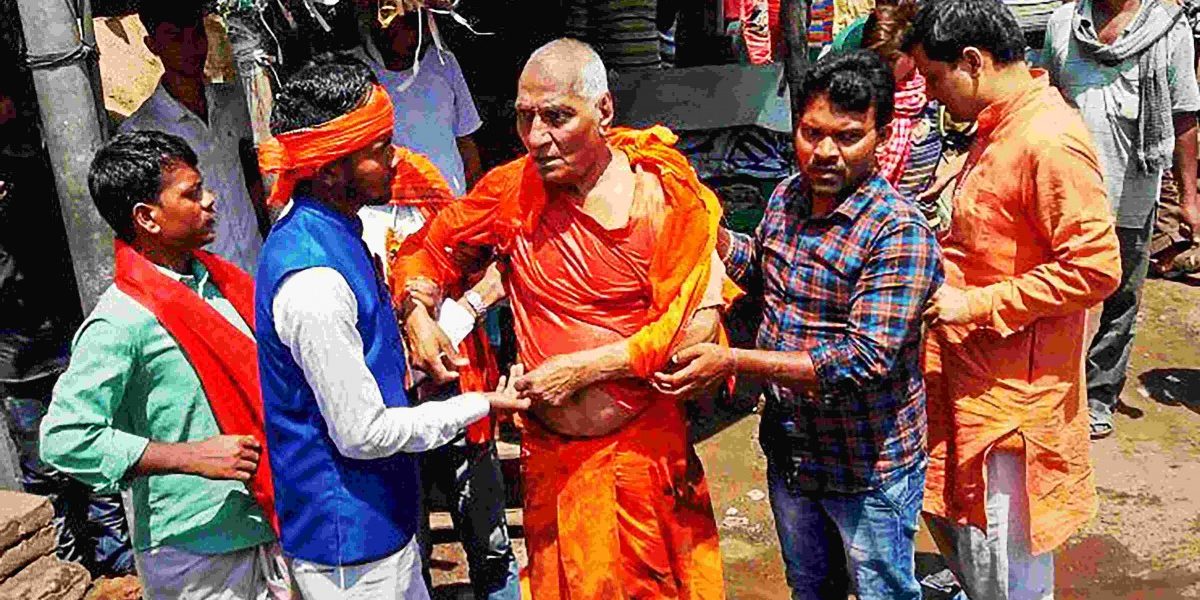 New Delhi: The Supreme Court on Monday refused to order a CBI probe into the recent attacks on social activist Swami Agnivesh in Delhi and Pakur district of Jharkhand, saying the state police was already investigating the matter.

Agnivesh claimed that the police in Jharkhand was not probing the matter and a state cabinet minister had dubbed him a “fraud”.

The top court, however, granted liberty to Agnivesh to make a representation to the competent authority for providing security.

A bench of Justices S.A. Bobde and L. Nageswara Rao also refused to club the two FIRs registered after attacks on Agnivesh in Pakur on July 17 and Delhi on August 18 and refer it to CBI.

“We are not saying what happened to you is right or wrong. But the state police is investigating the matter. We cannot order CBI probe,” the bench said.

The court said it cannot club both the FIRs lodged in Delhi and Pakur as they were two different incidents.

Advocate Mehmood Pracha, appearing for Agnivesh, said that in Jharkhand a cabinet minister had called him a “fraud” and hence he cannot expect a fair investigation from the police.

He alleged that members of the Bharatiya Janata Party herefore investigation should be transferred to CBI,” he said, adding that Agnivesh was 80-years-old and needed to be provided security.

“In the Pakur case, they have even lodged a case against me and therefore investigation should be transferred to CBI,” he said, adding that Agnivesh was 80-years-old and needed to be provided security.

The bench said, “You (Agnivesh) can approach the high court with your grievances for CBI probe and as far as your security is concerned, you can approach the compad assaulted him in Pakur and Delhi in July and August.

The court said in the circumstances the petition is withdrawn.

On July 17, the activist was on his way to Litipara area in Pakur district of Jharkhand to participate in an event organised by the Pahariya tribal community when he was attacked allegedly by some BJP youth wing Yuva Morcha supporters.

A month later on August 17, Agnivesh was allegedly heckled and assaulted near the BJP headquarters in Delhi, when he was on his way to pay homage to former prime minister Atal Bihari Vajpayee there. He had alleged that the attackers were BJP workers.