The state law is more or less identical to the Centre's RERA and hence repugnant to parliament's law, the bench said. 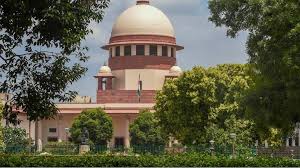 The judgment was delivered by a bench of Justice Chandrachud and Justice MR Shah. Photo: PTI

New Delhi: The Supreme Court on Tuesday struck down West Bengal’s law on regulating the real estate sector in the state and said it was unconstitutional as the statute encroached upon the Centre’s Real Estate (Regulation and Development) Act.

A bench of Justices D.Y. Chandrachud and M.R. Shah said the West Bengal Housing Industry Regulation Act (HIRA), 2017 is more or less identical to the Centre’s RERA and hence repugnant to parliament’s law.

The state law has encroached upon the domain of Parliament, the verdict said.

It, however, said that homebuyers’, who purchased properties under the state law before today’s verdict, will not have to worry as their registration and other acts would remain valid.

The judgement came on a plea of Forum For People’s Collective Efforts’, a homebuyers association, challenging the constitutional validity of the West Bengal Housing Industry Regulation Act, 2017, which is more or less identical to the Centre’s RERA.