Nine concerned citizens have sought the apex court's intervention to stop the practice of considering compromise in sexual offences as a mitigating factor. 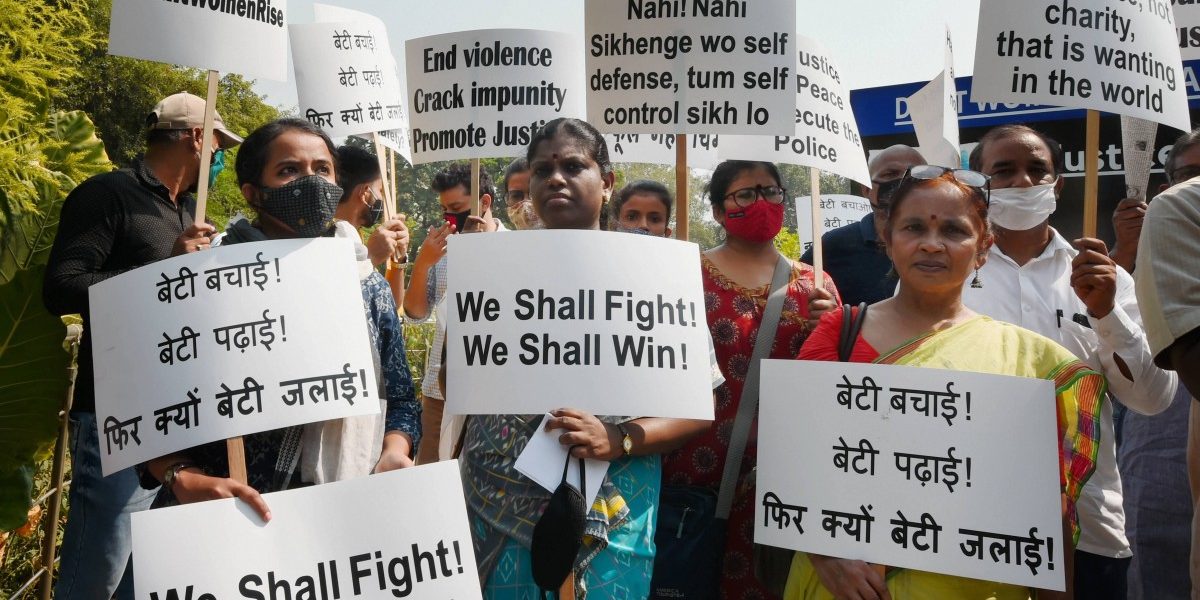 A protest in Delhi against the Hathras gang rape. Photo: PTI

A single judge of the Indore bench of the Madhya Pradesh high court, Justice Rohit Arya, had on July 30 in Vikram v State of Madhya Pradesh imposed, what many would consider, an absurd condition for grant of bail to an accused in a sexual assault case.

The accused, along with his wife, shall visit the house of the complainant with a rakhi on August 3 (Raksha Bandhan day) at 11 am with a box of sweets and request the complainant – who is his neighbour – to tie the rakhi on him with the promise to protect her to the best of his ability for all times to come.

The accused, Justice Arya held, shall tender Rs 11,000 to the complainant as a “customary ritual usually offered by the brothers to sisters on such occasions and shall also seek her blessings”.

Appeal against compromise in sexual offences

On September 20, nine concerned citizens thought it appropriate to file a special leave petition (SLP) in the case, with the state of Madhya Pradesh failing in its responsibility to oppose the high court’s order.

The petitioners – Aparna Bhat, G.S. Veena, Kanaka Latha Olavatth, Susan Verita D’Silva, Lakshmi N.B., Lalita Sivaraman Iyer, Rama Ramachandra Iyer, Susmita Durg and Meenakshi K.C. – have described themselves as “women who have confronted being objectified as young girls and women who have raised their voices against their own and others’ abuse at various times”.

The petitioners have also claimed to have intervened in personal and professional capacities to prevent women from being objectified. Six of the petitioners are mothers of teenage girls and have had experiences shared with them by their daughters about the manner in which they have been treated by numerous men during the course of their academic and professional lives. 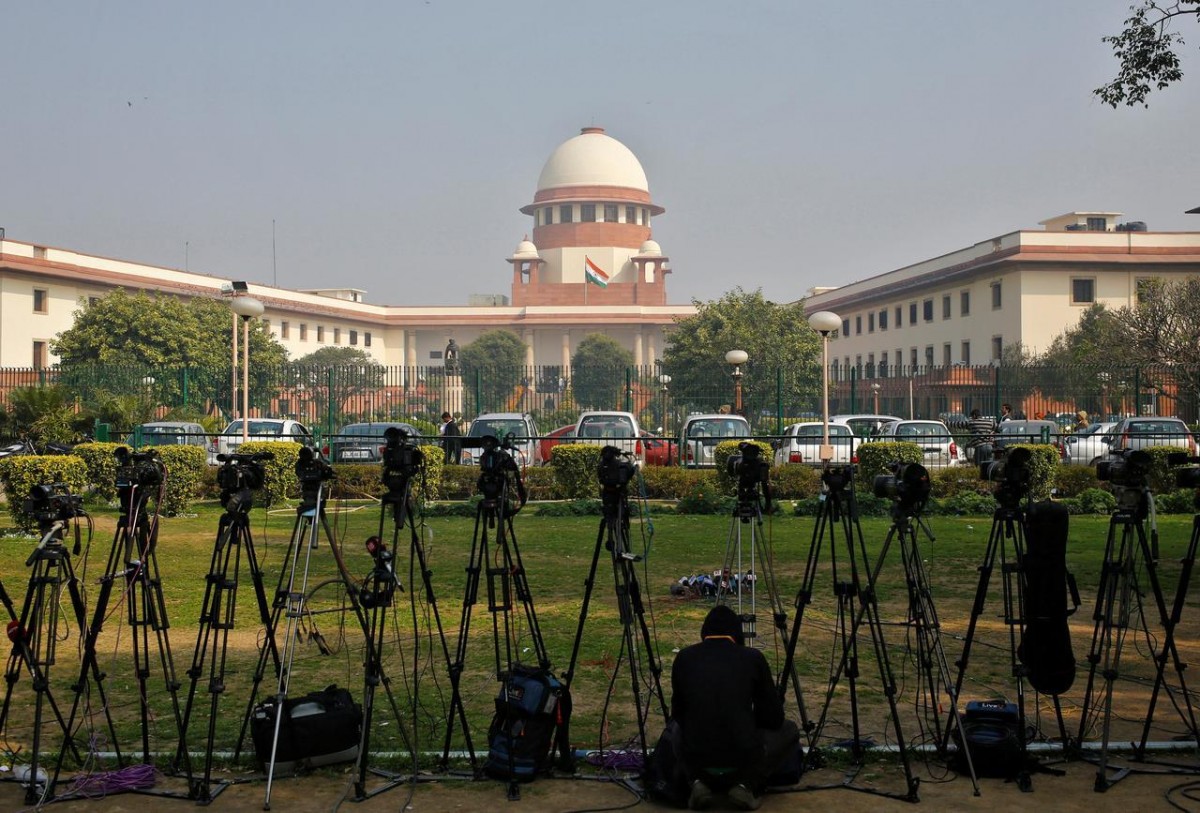 Aparna Bhat, the lead petitioner, is an advocate practising in the Supreme Court since 1992. She has time and again taken up cases of the marginalised and has represented children, women, Dalits, among others. The Supreme Court has appointed her as amicus curiae in numerous cases related to children and women.

G.S. Veena has been a professor of law for more than 25 years. Olavatth has been working as a lawyer globally for many years. The remaining petitioners have also been practising or practised as advocates and now serving different organisations in other capacities.

The background of the petitioners is important for the court to consider why their lack of locus standi in the case should be condoned as they are all collectively raising an important issue, that is, trivialisation of sexual offences by the courts by making observations which are prejudicial confirming the inherent bias against cases brought by women who have faced sexual assault.

If social stigma and the vagaries of the criminal judicial system are not enough, the observations such as the ones made in the present case by the high court will prove to further deter people from filing complaints, the petitioners have argued.

The Criminal Law (Amendment) Act, 2013, amended the Indian Penal Code (IPC) to insert section 354A (sexual harassment), section 354B (assault or use of criminal force with intent to disrobe), section 354C (voyeurism) and section 354D (stalking). This was primarily carried out since there was a long-standing demand from women that section 354 alone which deals with assault or criminal force to a woman with an intent to outrage her modesty does not address all aspects of the offences that are perpetrated against women. The high court’s order has been described as “regressive” in the light of what women’s movement has gained over the years.

The petitioners, therefore, have raised the following substantial questions of law for the consideration of the court:

The petitioners before the Supreme Court have pointed out that the high court failed to appreciate that in most cases, the prosecutrix turns hostile because she gets intimidated and/or induced by the family of the accused. The high court, by facilitating the compromise and the inducement, has only led to this possibility of the complainant in this case turning hostile during the trial. The petitioners have also asked whether the high court has not completely negated the very basis of the prosecution, which included wrongful entry to the property of the victim.

The SLP states that the high court ought to have been cognizant and sensitive to the fact that in a case involving a sexual offence having been committed against a woman, it is immeasurably difficult for the survivor to lodge an FIR and pursue a criminal case against the accused at the threshold.

It is well documented that cases of sexual violence are generally under-reported and research has shown that women and families do not seek redressal from the criminal justice system primarily to avoid the secondary trauma that they are subjected to in the process of a criminal trial, the SLP contends.

The SLP has expressed its concern that it has taken years to undo the damaging approach followed by the courts whereby cases involving sexual offences committed against women are attempted to be compromised by way of marriage or mediation between the accused and the survivor.

The application for the stay of the July 30 order of the high court has become infructuous as the condition imposed might have been complied with by the accused and the complainant on August 3. But the petition seeks the Supreme Court’s indulgence to consider a prospective stay of similar orders by high courts and courts below them, so that compromise is not considered a mitigating factor.

The petition relies on the Supreme Court’s judgment in State of Madhya Pradesh v Madanlal, for the precedent that in a case of rape or attempt to rape, the conception of compromise, under no circumstances, can really be thought of. In the Madanlal case, the Supreme Court declared that two previous judgments favouring compromise as a mitigating factor are not to be regarded as binding precedents. These are Baldev Singh v State of Punjab and Ravindra v State of Madhya Pradesh.

In the Madanlal case, the Supreme Court remitted the case to the high court for a reappraisal of the evidence and for a fresh decision in the light of its decision to reject compromise as a factor in sentencing an accused under Section 354 of the IPC.

Expressing his anguish in strong words, Justice Dipak Misra, who authored the judgment, observed: “We say with emphasis that the courts are to remain absolutely away from this subterfuge (compromise) to adopt a soft approach to the case, for any kind of liberal approach has to be put in the compartment of spectacular error. Or to put it differently, it would be in the realm of a sanctuary of error…such an attitude reflects lack of sensibility towards the dignity, the elan vital, of a woman. Any kind of liberal approach or though of mediation in this regard is thoroughly and completely sans legal permissibility”.