The Patidar Anamat Andolan Samiti under Patel had organised a mega rally in Ahmedabad. 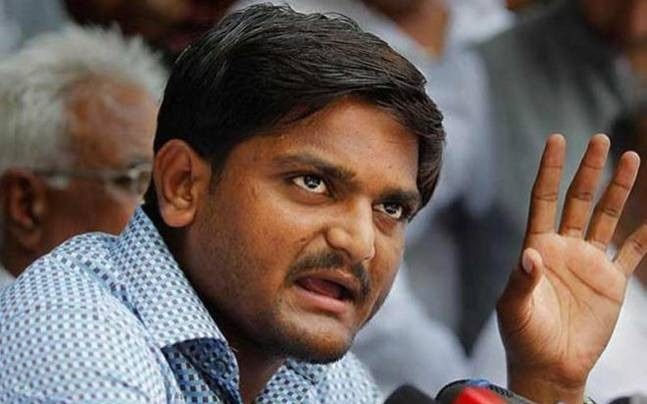 New Delhi: The Supreme Court on Friday granted anticipatory bail to Congress leader Hardik Patel till 6th March in the case lodged against him in connection with the violence during the Patidar stir in Gujarat in 2015.

A bench of justices U.U. Lalit and Vineet Saran issued notice to the Gujarat government on the plea of Patel seeking quashing of the case against him.

“The case was lodged in 2015 and the investigation is still pending in the matter. You can’t sit on the case for the past five years,” the bench said.

The Patidar Anamat Andolan Samiti under Patel had organised a mega rally in Ahmedabad as part of the stir demanding quota for the community in government jobs, and an FIR was lodged for “unlawful assembly” as the police claimed the event did not have requisite permissions.

The Gujarat high court had on February 17 rejected the anticipatory bail plea of Patel after considering the government’s objection on grounds of his criminal antecedents.

Opposing his plea, the government had told High Court that there were more than ten criminal cases against Patel and that he had gone underground fearing arrest.

The police had also contended that this unlawful gathering led to violence, in which over a dozen youths were killed and property was damaged.

In his anticipatory bail plea before the high court, Patel had claimed he was being “victimised by the ruling party of the state” which has slapped “several false, frivolous and concocted cases against him”.