The bench said its understanding is that in each case a separate order needs to be passed for cancelling the visa. 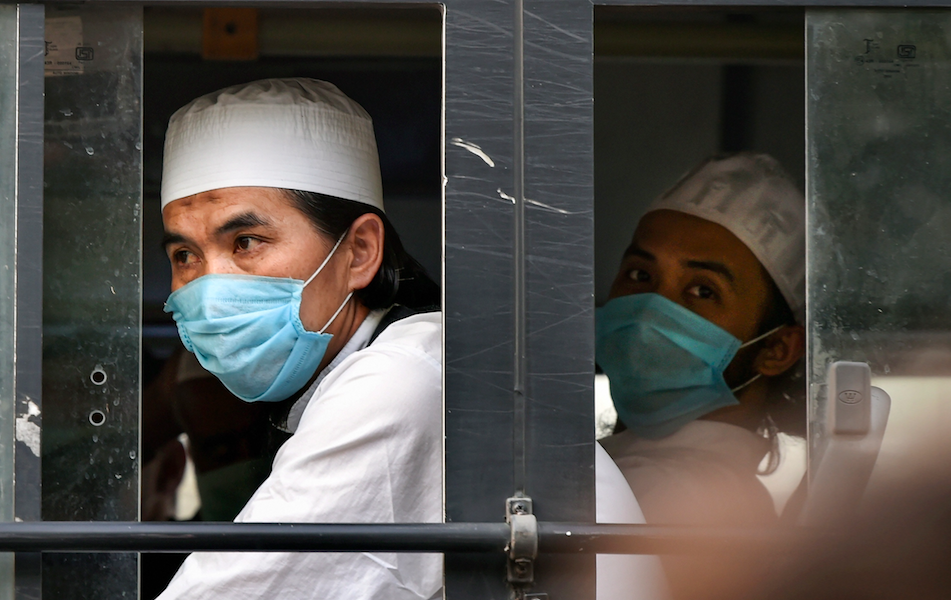 New Delhi: The Supreme Court on Monday asked Ministry of Home Affairs to clarify its stand about the status of visa of around 2,500 citizens from 35 countries, who were blacklisted for ten years for their alleged involvement in Tablighi Jamaat activities.

The top court asked the Centre to place on record whether individual notices were issued with regard to cancellation of visas of the foreign nationals.

A bench of Justices A.M. Khanwilkar, Dinesh Maheshwari and Sanjiv Khanna, which took up a batch of pleas filed by foreign nationals against their blacklisting for hearing through video conferencing, posted the matter for further hearing on July 2.

The bench told Solicitor General Tushar Mehta and advocate Rajat Nair appearing for Centre that if visas of these foreign nationals are cancelled then the government should explain why they are still here in India but if their visas are not cancelled then it’s a different situation.

Nair, who initially appeared for the Centre said that the copies of these petitions has not been served upon them, therefore they need time to file reply.

Senior advocate C.U. Singh, appearing for the petitioners said that they have served the copy of the petition upon advocate on record and added that blacklisting note was a general order for over 900 persons.

The bench said that the notification of Ministry of Home Affairs says the decision has to be taken on case to case basis by the authorities and it needs to be found out whether any such orders were passed.

Singh said that there should not be any violation of visa norms, now their native countries want them back and embassies are asking about them.

The bench said then let the Union of India make a statement on the status of their visa and told Mehta to find out whether any individual orders were passed for cancellation of visa of these foreign nationals.

At the outset, the bench asked Singh as when was the order for cancellation of visa was served upon them, to which he replied that it was a general order and no individual notices were given to them.

The bench said its understanding is that in each case separate order needs to be passed for cancelling the visa.

However, what is before the court is a press release and no specific order, it said.

Singh contended that as far as blacklisting or visa cancellation is concerned there was no individual order was served on any person and even during the hearing of bail applications before the High Courts, no such orders were placed on record.

On June 26, the top court had asked advocates appearing for petitioners to serve the copy to Centre’s counsel.

Four petitions have been filed by 34 individuals, including a Thai national who is seven months pregnant, challenging the Centre’s orders of April 2 and June 4 by which over 2,500 foreign nationals, who are currently in India, were blacklisted.

The impugned decision, by its very unilateral nature, infringes the principle of natural justice, particularly audi alteram partem by blacklisting the said foreigners present in India without first granting an opportunity of being heard or notice of any form, and resultantly depriving the aggrieved foreign nationals of their right of locomotion and travelling back to the country of their citizenship, said the plea filed by the Thai woman.

The petitions, filed through advocate Fuzail Ahmad Ayyubi and drafted by advocates Ibad Mushtaq and Ashima Mandla, have contended that the en-masse blacklisting of foreigners without any opportunity to defend themselves is a blatant violation of Article 21 (protection of life and personal liberty) of the Constitution.

They said the sudden blacklisting, apart from registration of FIRs, led to the forfeiture of their passports by state authorities, thereby resulting in a complete deprivation of their personal liberty sans procedure established by law.

The impugned decision, therefore, has been passed arbitrarily against the aggrieved foreign nationals, being devoid of any documentary proof or evidence to substantiate the allegations of alleged Tablighi activities, and in the absence of any opportunity being afforded to defend or to explain, is an affront to not only the right to life and personal liberty, guaranteed under Article 21 but also to the rudimental principles of natural justice, the Thai woman’s plea said.

She has said she was released from quarantine in late May but is still at a facility under restricted movements, without the avenue to go back to her nation and experience the birth of her child with security and dignity, with her loved ones.

In barely 50 words, the impugned decision as reflected in the press release dated April 2, 2020 has arbitrarily first forfeited the personal liberty of more than 960 foreign nationals, belonging to 35 countries, presently in India, having entered on valid tourist visas, by merely alleging their involvement in Tablighi Jamaat Activities’ despite the guidelines of the Respondent No.1 (MHA) placing no bar on attending religious congregations or visiting religious places, it said.

The Respondent No.1 (MHA) baselessly and arbitrarily passed a blanket ban on the aggrieved foreign nationals under the garb of alleged visa violations pursuant to alleged Tablighi activities, forcing such persons to remain in India under restricted movements, it said.

It has sought direction to MHA and Ministry of External Affairs to remove the said foreigners from the blacklist and reinstate their visas and facilitate their return to their countries.