A bench comprising Justices S.K. Kaul and M.M. Sundresh took note of the Khwaja Moinuddin Chishti Language University's affidavit that the student has submitted his “profound apologies” to the vice-chancellor. 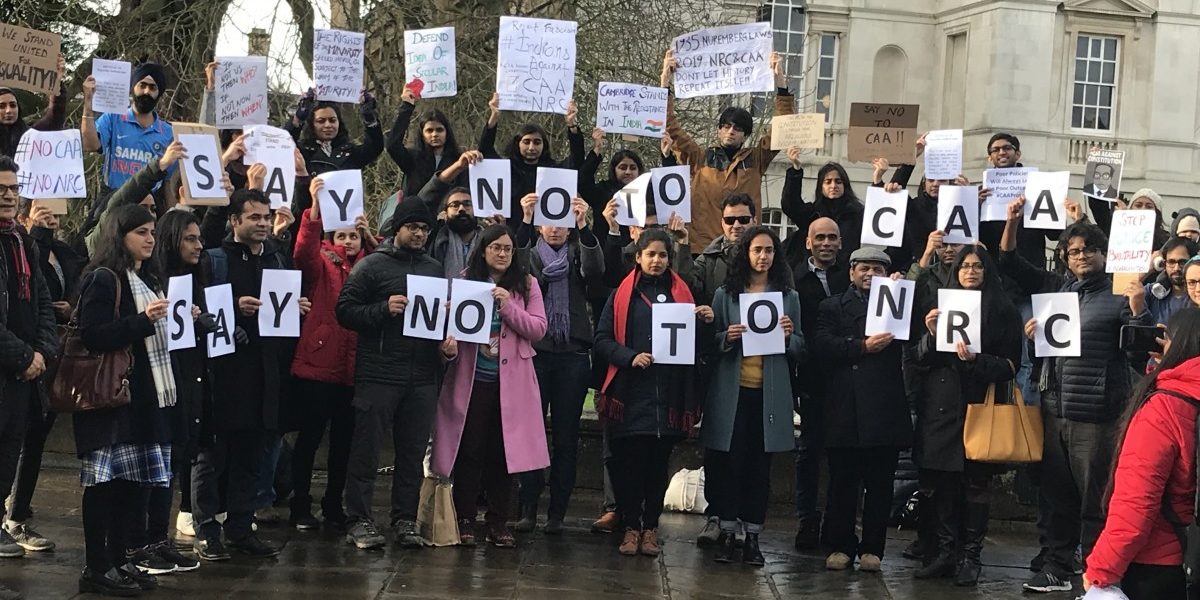 Protest at Cambridge University against the CAA and NRC. Photo: Special arrangement

New Delhi: The Supreme Court on Monday came to the rescue of a student who was rusticated for attempting to organise an anti-Citizenship Amendment Act (CAA) protest by permitting him to take his sixth-semester examination for graduation from a Lucknow-based university.

The bench agreed to the submissions of senior lawyer Huzefa Ahmadi, appearing for student Ahamad Raza Khan, that he be allowed to take up the examination in view of the subsequent developments. “The petitioner is required to keep his conduct in a proper manner now and give no occasion to the University. Subject to the same, let the university give concessions. We grant the university liberty to take action against the petitioner in case the petitioner gives any occasion,” it said in the order.

Taking note of the fact that the student was rusticated and classes were not also held for some time, the bench said the requirement of attendance will not come in his way of taking up the examination.

Khan was rusticated for his alleged involvement in organising protests against the CAA. Ahmadi, in his brief submission, said that the Lucknow-based university has stated that Khan had tendered profound apologies addressed to the vice-chancellor on September 21, 2021, and consequently, a committee was set up to consider the case of Khan. The Committee unanimously resolved that Khan be allowed to appear in the examination which is likely to be held in May 2022 or at a later date, the university said in the affidavit.