'The plaintiff has not been able to establish that inconvenience will be caused to him to avoid the book or alleged 'offensive' excerpts of the book.' 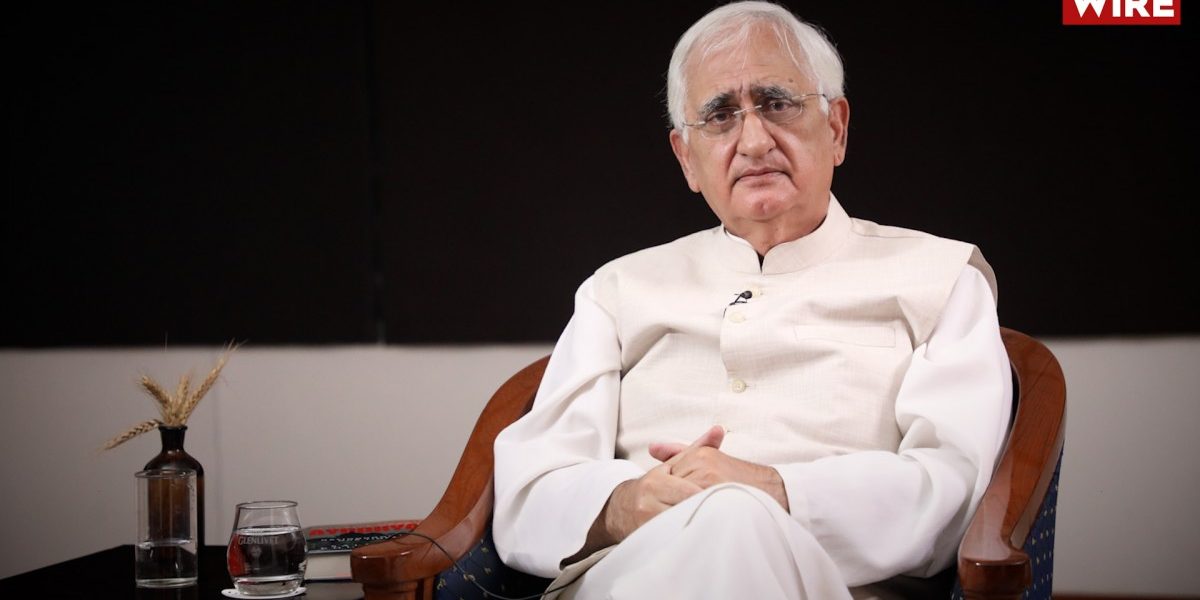 The lawsuit, filed by Hindu Sena president Vishnu Gupta, had sought direction to authorities to stop the publication, circulation, and sale of Khurshid’s Sunrise Over Ayodhya. Gupta had argued that its contents had allegedly hurt sentiments.

Khurshid had compared a “robust version” of Hindutva to the jihadist Islam of terror groups.

“I have not called these guys terrorists, I have just said they are similar in distorting religion. What Hindutva has done, it has pushed aside ‘Sanatan Dharma’ and Hinduism and it has taken over a robust, aggressive position similar to Boko Haram and those other guys…I could not find anybody else that they could be similar to. I said they are similar to them, that’s all, nothing to do with Hinduism. Hindutva, as portrayed by its proponents, is distorting religion,” Khurshid had told the news agency PTI.

Amidst a show of outrage from the Bharatiya Janata Party and Hindutva groups, Khurshid’s Nainital home was allegedly vandalised and set on fire on November 15.

On Wednesday, November 17, Additional Civil Judge Preeti Parewa put up the matter for argument and clarification on the maintainability of the suit on November 18.

In the opinion of this court, neither a prima facie case nor any exceptional circumstance for grant of ad interim, ex parte injunction in favour of the plaintiff was made out in the case.

“Also, the plaintiff has failed to establish that the balance of convenience lies in his favour. Hence, the prayer for ad interim, ex parte relief is declined at this stage, the judge said.

The court said that the author and publisher had the right to write and publish the book.

“The plaintiff has not been able to establish that inconvenience will be caused to him to avoid the book or alleged ‘offensive’ excerpts of the book. On the other hand, the injunction would lead to hardship for the publishers and also curtail the right of speech and expression of the author,” the court said.

It said that the applicant can always propagate against the book and can even publish a rebuttal to the alleged paragraphs which have hurt his sentiments.

“Also, only a copy of the excerpt has been placed on record and such excerpt cannot be read in exclusion/isolation for interpreting the context in which the said statement has been made,” the court noted.

The plea claimed that the book launch event just before the upcoming assembly election in Uttar Pradesh was aimed at polarising and gaining the votes of the minorities in the state.

The plea seeks a prohibitory injunction to prohibit the publication, distribution, circulation, and sale of the book and also ban the book in the larger interest of the society and country.