"Rule 3(b) of 1965 Rules is a clear violation of right of Hindu women to practice religion under Article 25," CJI Dipak Misra ruled. "The right guaranteed under Article 25 has nothing to do with gender or physiological factors." 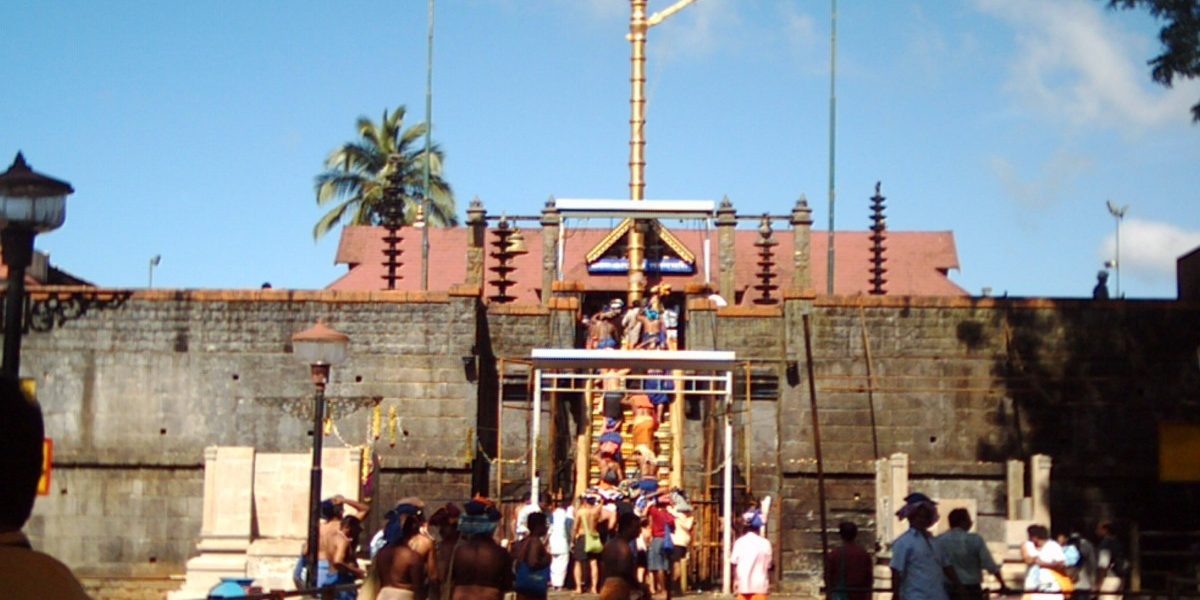 New Delhi: The Supreme Court today ruled that not allowing women in their “menstruating years” into the Sabarimala is ultra vires the constitution, and all women should be allowed to enter the temple.

A 4:1 verdict was delivered by a five-judge constitution bench comprising Chief Justice of India Dipak Misra and Justices R.F. Nariman, A.M. Khanwilkar, D.Y. Chandrachud and Indu Malhotra. The one dissenting opinion on the bench was expressed by Justice Indu Malhotra.

CJI Misra read out his judgment first, on behalf on himself and Justice Khanwilkar. “The dualistic approach against women degrades the status of women,” LiveLaw quoted him as saying. He also stated that the devotees of Ayyappa do not constitute a separate religious denomination.

“Rule 3(b) of 1965 Rules is a clear violation of right of Hindu women to practice religion under Article 25,” Misra ruled. “The right guaranteed under Article 25 has nothing to do with gender or physiological factors.”

“The bar on entry of women between age of 10 and 50 years is not an essential part of the religion,” Bar and Bench quoted the CJI as saying.

Justice Nariman read his concurring judgment next, saying, “There is no protection under Article 26 for Ayyappa devotees and therefore the rules will not apply insofar as Sabarimala is concerned.”

“Rules disallowing women in Sabarimala are unconstitutional and violative of Article 21,” the judge said.

In his concurring judgment, Justice Chandrachud held that “Article 25 protects all persons, it means every individual in the society.”

He held that the Bombay high court judgment in Narasu Appa Mali is not good law when it comes to customs and usages.

Justice Malhotra read her dissenting opinion at the end, saying that the issued raised in the case at hand have impact not just with respect to Sabarimala but other places of worship too, according to Bar and Bench. “Issues of deep religious sentiments should not be ordinarily be interfered by the court,” Live Law quoted her as saying. “The court should not interfere unless if there is any aggrieved person from that section or religion. What constitutes essential religious practice is for the religious community to decide, not for the court.”

“Notions of rationality cannot be brought into matters of religion,” Malhotra said, according to Bar and Bench. “Balance needs to be struck between religious beliefs on one hand and cherished principles of non-discrimination and equality laid down by constitution on the other.”

The apex court was assessing the constitutionality of the Sabarimala custom of excluding women in their ‘menstruating years’. The custom was allowed by Rule 3(b) of the Kerala Hindu Places of Public Worship Act, 1965.

The Indian Young Lawyers Association had filed a public interest litigation challenging this practice. Arguments in the case were heard over eight days beginning July 17, 2018, though the case has been before the Supreme Court since 2006. The state of Kerala had supported the entry of women into the temple, arguing that the “custom” of excluding women violated their rights.

The Travancore Devaswom Board had supported the custom of not allowing women into the temple, saying that temples across the country do not allow women who are menstruating. The Ayyappa Seva Sangham had argued that the court has to find a way to uphold this custom so that other “similar customs” are not disturbed.