While the agency accused Robert Vadra of not cooperating in the investigation, his counsel denied these charges. 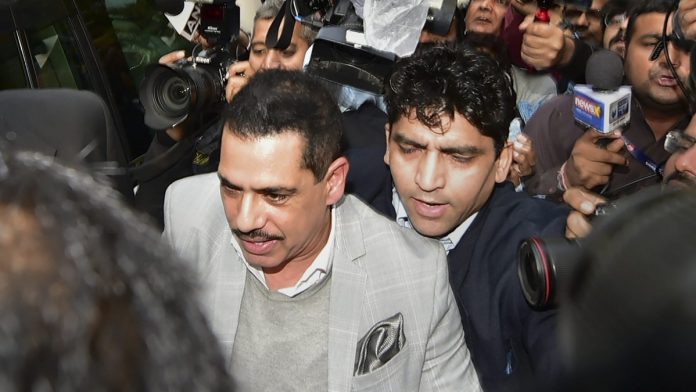 New Delhi: The Enforcement Directorate (ED) on Thursday told the Delhi high court that Robert Vadra’s custodial interrogation was needed as the “money chain” was allegedly directly linked to him.

The agency further contended before Justice Chandra Shekhar that Vadra, son-in-law of Congress chief Sonia Gandhi, was not cooperating with the investigation in a money laundering case against him.

Denying the claims of the ED, Vadra’s lawyer said his client has cooperated in the investigation by appearing before the agency whenever he was summoned.

The lawyer also said that his client answered the questions put to him by the ED and added that “not confessing” to allegations against him does not mean he was not cooperating.

After hearing the brief arguments, the court listed the matter for final arguments on November 5.

The court was hearing the ED’s plea challenging the anticipatory bail granted to Vadra by a trial court.

Vadra is facing allegations of money laundering in the purchase of a London-based property at 12, Bryanston Square worth 1.9 million pounds (over Rs 17 crore).