Stating that IPC section 124A, pertaining to sedition, was being misused of late and being invoked to "suppress liberty" of people, Pawar advised politicians to ensure that their speeches are devoid of "inflammatory substance". 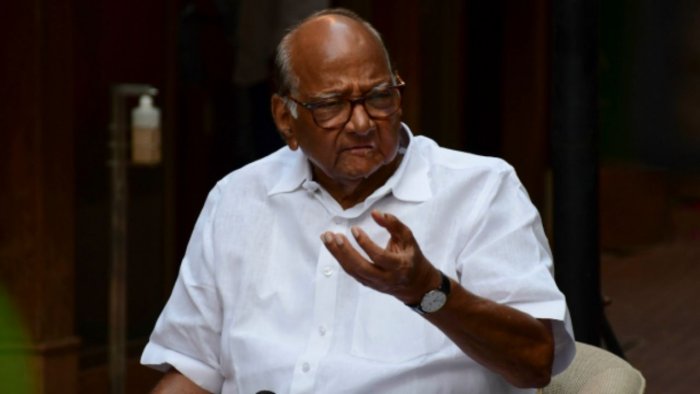 New Delhi: Left-wing is an ideology, while persons belonging to the right-wing take advantage of the fault lines relating to religion and caste and spread hatred among different sections of the society, Nationalist Congress Party (NCP) chief Sharad Pawar told the Koregaon Bhima inquiry commission on Thursday, May 5.

Stating that Indian Penal Code (IPC) section 124A, pertaining to sedition, was being misused of late and being invoked to “suppress liberty” of people, Pawar advised politicians to ensure that their speeches are devoid of “inflammatory substance”.

Pawar recorded his testimony before the commission in Mumbai in connection with the January 2018 violence at the Koregaon Bhima war memorial in Pune district of Maharashtra. The panel had directed him to appear before it on May 5 and 6 to record his statement. His deposition completed on Thursday.

When the commission’s lawyer Ashish Satpute asked Pawar about his concept of the right-wing and the left-wing ideologies, he said, “By right-wing, I mean persons who take advantage of the fault lines relating to religion and caste in the society, spread hatred among different sections. Left-wing is an ideology.”

Talking about the sedition charges, he said, “In the recent times, it has been observed that section 124A (sedition) of the IPC is often misused against people. I have explained in my affidavit. It is invoked to suppress their liberty and tend to stifle any voice of dissent raised in a peaceful and democratic way.”

Pawar said the speeches of political leaders should not contain any “inflammatory substance”.

“When any political leader chooses to address people, he should take necessary precaution that his speech should not contain inflammatory substance, which may disturb peace, law and order and cause animosity amongst different sections, religious groups and members of the society,” he said.

“If any person/political leader chooses to do so and indulge in such public address or speech, then he is responsible for the consequences,” he added.

The senior politician suggested that a place be earmarked for holding political events to avoid inconvenience to people, saying that it can also act as a safeguard to public and private property as such programmes turn violent.

“Normally, people want to hold political/social protest demonstrations near the seat of power, e.g. the Mantralaya in Mumbai. It will be advisable if a place is earmarked for such programmes and representative of the state government, i.e. the concerned minister or responsible person goes and meets them to accept their representation and attend to their grievances,” the former Union minister said.

Responding to a query, the 82-year-old politician said the police should act in accordance with the Maharashtra Police Manual so that they can gather evidence that can be used in the court of law.

It is the responsibility of police to maintain law and order and also to take steps to prevent anti-social elements from infiltrating and causing disturbance to any such peaceful demonstration, he said.

When asked about the Bhima Koregaon incident, Pawar said he came to know about it through media.

“After the constitution of the commission of inquiry, I received a notice from the commission requesting me to give my suggestions in the matter in accordance with the terms of reference, and accordingly I have filed my affidavit before it, which contains all necessary information available with me,” he said.

Pawar told the commission that he doesn’t know right-wing leaders Sambhaji Bhide and Milind Ekbote personally and had only read about them in media.

When asked whether he gave any media statement that police’s probe in the Elgar Parishad case is a stigma on the police department, Pawar said, “It is not correct.”

Also read: The Battle to Save India Has to Be Waged by Every Single One of Us

“Koregaon Bhima and Elgar Parishad are two different episodes. In respect of the cases filed by the police relating to Elgar Parishad, I have stated that it was not correct/proper on the part of police to have filed cases against certain persons, who were not present at Elgar Parishad held on December 31, 2017 at Shaniwarwada, Pune,” he said.

According to Pune police, violence had broken out on January 1, 2018, between caste groups near the war memorial during the bicentennial anniversary of the 1818 battle of Koregaon Bhima.

The Pune police had alleged that “provocative” speeches at Elgar Parishad event, held in Pune on December 31, 2017, had triggered violence in Koregaon Bhima. They had alleged that the organisers of the conclave had links with Maoists.

In February 2020, social group Vivek Vichar Manch member Sagar Shinde had filed a plea before the commission, seeking the summoning of Sharad Pawar in view of certain statements made by him in the media about the 2018 violence. In his plea, Shinde cited a press conference of Pawar.

In the 2018 affidavit, Pawar had said that the rioting took place due to the instigation by some anti-social elements for political mileage.

“Whatever the historical background of the particular site, there has been no incidence of violence by any of the communities in Maharashtra to date. Unfortunately, some anti-social elements instigated violence to gain political mileage. Unfortunately, historical facts were concocted and maliciously propagated through social media. A lot of rumour-mongering was precipitated through various social media sites,” Pawar said in the affidavit.

In that affidavit filed four years ago, he had said, “Maharashtra has to own the responsibility of a failed law and order situation on Jan 1, 2018.”