The arguments advanced by the Modi government’s attorneys general over the last three years have consistently maintained that privacy cannot be viewed as a fundamental right.

The arguments advanced by the Modi government’s attorneys general over the last three years have consistently maintained that privacy cannot be viewed as a fundamental right. 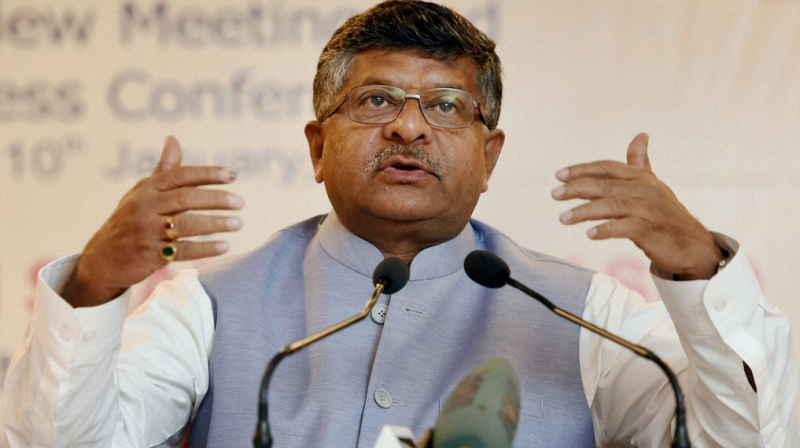 New Delhi: The Modi government’s response to the right to privacy judgment has been puzzling.

In a series of tweets and then at a quickly organised press conference, information technology minister Ravi Shankar Prasad defended the government’s stance on privacy and claimed that it had “consistently been of the view that the right to privacy should be a fundamental right”.

This statement is blatantly false.

If anything, the arguments advanced by the Modi government’s attorneys general over the last three years have consistently maintained that privacy cannot be viewed as a fundamental right.

In 2015, when a three-judge bench headed by Justice J. Chelameswar was hearing a number of petitions challenging the decision to make Aadhaar mandatory for provident fund disbursements, the-then attorney general Mukul Rohatgi had stated that India’s “constitution makers did not intend to make right to privacy a fundamental right.”

In the 2017 hearings on the right to privacy, the current attorney general, K.K. Venugopal’s official submissions on this subject were three-fold.

And three, that privacy was an “elitist concept” that didn’t quite apply to India. “It is not fair and right to talk about right to privacy for such poor people,” Venugopal said.

It is true that throughout the July 2017 hearings, Venugopal admitted that certain aspects of privacy could require an elevated protection of a fundamental right. However, this too was not a consistent or wholehearted attempt at agreeing. The attorney general instead submitted that privacy was at best a “sub-species of liberty and every aspect could not qualify as being fundamental in nature”.

When asked by reporters to explain Rohatgi’s statements that Indians had no “right to absolute bodily integrity” in the Aadhaar-PAN card case in May, Prasad replied that this was “court banter”.

The one where the Law Minister calls AG’s submission against #RightToPrivacy ‘court room banter’. pic.twitter.com/kuDmVyPzC1

“You are quoting one of the exchanges in the recourse. Go to London, go to Washington or come to Delhi. Whenever cases are argued, there is a lot of banter  and a lot of exchanges. But ultimately, core of argument of both sides is noted in judgement..”

Prasad’s other defence centred around finance minister Arun Jaitley’s comments on the Aadhaar Bill in March 2016. In the Rajya Sabha, Jaitley stated that privacy is “probably” a fundamental right.

Prasad too, both in his tweets and during his press conference, focused a great deal on how the Congress brought in Aadhaar without a legal framework. While this is true, it ignores how deeply flawed the Modi government’s passing of the Aadhaar Act was.

#Aadhaar during UPA regime had no protection of law.We made Aadhaar law & provided legal framework for protection its data. #RightToPrivacy

Firstly, the Aadhaar Bill was passed through the money bill route that allowed it to ignore a number of proposed amendments; changes that experts say if properly implemented would have been more keeping with the view that privacy is a fundamental right. As The Wire has reported, the ruling government refused to adopt amendments that would allow Aadhaar users to delete their data while also ignoring amendments that would have given greater oversight to overarching national security clauses.

Secondly and finally, if Jaitley did indeed believe in early 2016 that privacy should be a fundamental right, his arguments did not ultimately not translate into how the government embarked upon its legal strategy as shown above.