Remembering Shamnad Basheer, Who Took IP Law to the People

Shamnad had the ability to touch the life of anybody who spoke to him even once. 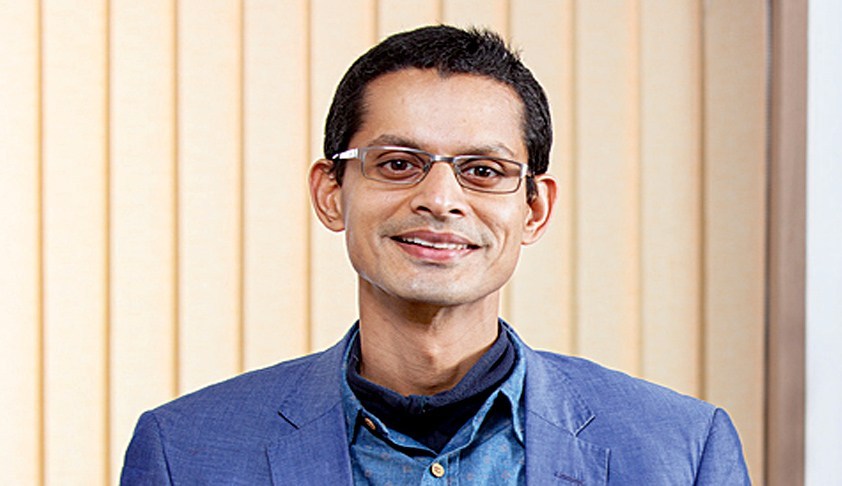 There have been few intellectual property (IP) academics from the developing world who have made as much of an impact on the international IP discourse as Shamnad Basheer. Over the last few days, I have received messages from the IP community in Iran, Pakistan, Singapore, Geneva and South Africa mourning his death, not only because of his contribution to IP but because Shamnad had the ability to touch the life of anybody who spoke to him even once. Maybe it was his academic brilliance and energy he exuded, maybe it was the warmth of kindness, maybe it was the spirituality within him or maybe it was just good old-fashioned charisma.

As an academic, Shamand wore many hats. There was his conventional side, where he wrote and published extensively on various aspects of Indian patent law. Occasionally he would venture into other areas like constitutional law and legal education which was a subject that became closer to his heart after he experienced the stifling nature of the national law universities in India. The entire body of his work, including his PhD thesis on the need for an investment incentive regime, is available on SSRN.

While he did not write as much on copyright law, he did edit a great volume of the NUJS Law Review on the major amendments to the Indian Copyright Act in 2012. The standout quality about Shamnad’s academic writing was his ability to break away from the standard format of legal writing in India where most academics look at Indian law through the prism of foreign precedent and writings. This is perhaps an unfortunate legacy of colonisation. Shamnad was one of the few Indian academics to look at Indian law through Indian eyes. I think it was this aspect of his writing that made him such a refreshing difference from everybody else in the field.

What is perhaps most remarkable about Shamnad’s achievements, is that he did most of the above in a time-span of 11 years when he returned to India from his teaching stint in George Washington University in 2008 at the age of 32.

A maverick of sorts, Shamnad was also a great example of how academics can contribute to public life beyond teaching in classrooms and publishing in law reviews. SpicyIP was borne out of his desire to make IP laws more accessible to the general public. His aim with SpicyIP was to create a forum where the most complex IP concepts could be broken down into a language simple enough to understand by everybody and not just the “high priests”, as he called them. Trying to engage with the common man or the journalist on the issue of IP may seem a pointless task for most of us in academia, but more often than not, the law derives its legitimacy from popular support.

Also read: Shamnad Basheer, My Friend And One of the Country’s Brightest Legal Minds

Over the last 12 years, Shamnad succeeded in moulding SpicyIP into a platform which shaped and defined the national discourse on IP. From reporters on the pharma beat to law students, everybody was reading the blog. In developing countries, IP lobbies usually have an upper hand in framing the narrative because of the lack of local capacity in the form of academics or reporters who can push back against the IP owner’s narrative with the right language and questions. Shamnad managed to make SpicyIP into a platform that excelled at being able to provide an important counterpoint in India. We did not always win every debate, but we made sure the world heard the other side of the argument.

Apart from educating the country on IP, Shamnad was also keen on driving visible change in the IP ecosystem in India by petitioning the government and the judiciary. As far back as 2007, he petitioned the government for a more transparent IP office. A few years later in 2010, he challenged the constitutionality of the Intellectual Property Appellate Board (IPAB) before the Madras high court on the grounds that it lacked sufficient independence from the government to be discharging a judicial function. He won that case when the high court struck down key provisions of the parent statue and ordering the government to make the requisite changes to ensure the independence of the tribunal. The judgment in Shamnad Basheer vs Union of India (2015) can be accessed here.

Apart from this case, he also argued before the Supreme Court as an intervenor or amicus in the landmark Novartis case that dealt with an interpretation of Section 3(d) of the Patents Act. In the years that followed, he was the key legal strategist in another landmark case, which was the Delhi University photocopy case where the Delhi high court had to decide whether students could get copyrighted material photocopied for educational purposes. That case ended in a resounding victory for the students.

We held completely opposing views on the case but I think he was proud that SpicyIP was a forum where completely opposing viewpoints could be debated. While not directly involved in the landmark case of Natco vs Bayer, which involved the grant of the first ever compulsory license, Shamnad’s scholarship was cited by the Controller General of Patents P.H. Kurian in his decision.

There are two other pending cases which Shamnad filed against the patent office regarding the applicability of India’s transparency law and enforcement of a unique provision of Indian law that requires patentees to disclose their earnings from the sale of patented inventions. One of the reasons why Shamnad turned to the courts so often was because of his faith in the ability of public interest lawyering to impact lives.

Shamnad’s list of achievements does not end with the above – there is more. His most remembered achievement had little to do with IP. Rather it was a venture called Increasing Diversity through Increasing Access (IDIA) which Shamnad founded in 2010 to bring less privileged students into Indian law schools which otherwise catered to only the privileged. It is this venture that has earned him a remarkable number of well-wishers across the Indian legal community.

Prashant Reddy has been associated with SpicyIP since 2007 and is currently with a New Delhi-based think-tank.