Patents on potential anti-COVID-19 drugs allow researchers to conduct clinical trials but once they have been approved, the regulations prevent them from being marketed. 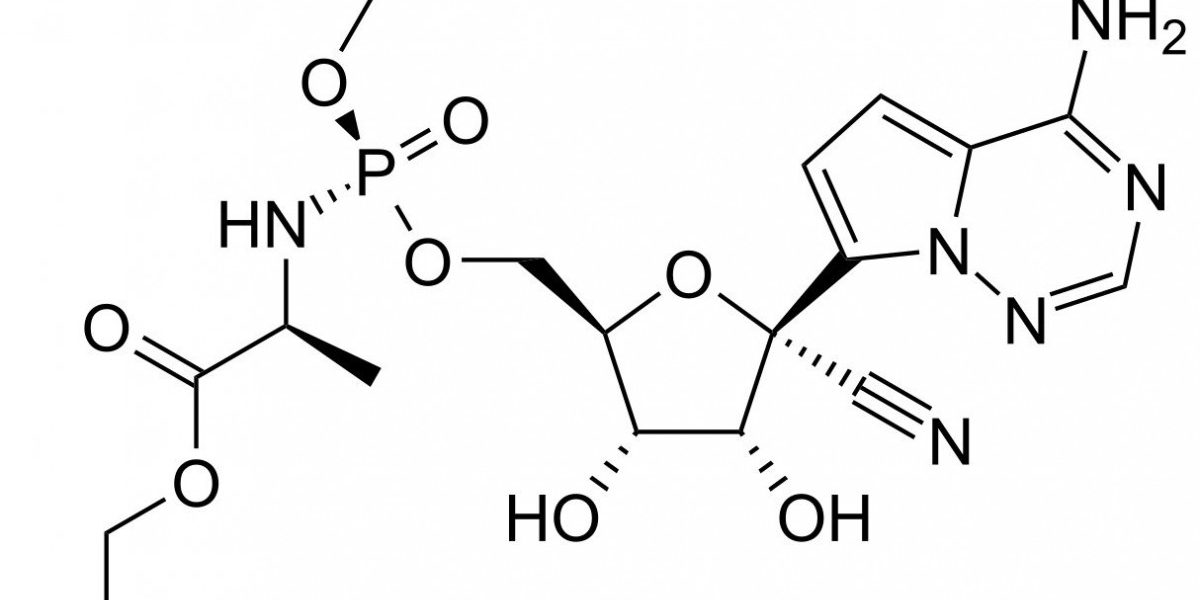 A view of the molecular structure of Remdesivir, an antiviral drug of interest against the new coronavirus. Image: Wikimedia Commons

On May 14, Reuters reported that the Third World Network, an advocacy group to which the authors of the piece belong, has written to the Indian government asking it to rescind patents given to Gilead Sciences for the drug remdesivir so it can be distributed more fairly to coronavirus patients around the world, particularly in poorer nations. The report quoted one of the authors, K. M. Gopakumar, who illustrated an extension of the point made in this piece – that on profit-making and licences.

Taking into account the relevance of this opinion during the ongoing efforts to make accessible treatment available to all, this piece, originally published on March 29, 2020, is being republished on May 15, 2020.

In the absence of any vaccines to prevent COVID-19, there are many clinical trials (CT) taking place to find a treatment. These CTs are mainly focusing on either repurposing or repositioning the existing molecules. WHO has published a landscape of therapeutics which could be used for treating COVID-19, and some of them are undergoing CTs as well. Generally speaking, patents are not a concern when it comes to old molecules under CTs because these molecules are already out of patent protection.

However, a few of these molecules are still under patent protection in many countries. Two in particular – Remdesivir and Favipiravir – are under patent protection in India. The generic availability of these medicines can facilitate compassionate use and CTs in India without depending on supply from the patent holders. Therefore, the Government of India should use the compulsory licence or government use license to facilitate the generic production of these medicines.

Some of these medicines are very old molecules, such as chloroquine and hydroxychloroquine, and some are of very recent origin, such as the Lopinavir-Ritonavir combination, which is used to treat HIV/AIDS. Some of these new molecules are still under patent protection in many countries, which are currently using a part of CTs or compassionate use to treat COVID-19. Responding to the patent barriers, a few countries like Israel and Chile have issued compulsory licenses to allow a generic company to produce or use the patented medicine/invention without the permission of the patent holder. Germany even amended its patent law to facilitate the quick issuance of compulsory licenses, while Canada will do so soon. The national assembly of Ecuador passed a resolution empowering the health minister to issue these licenses.

Now, there is one patent granted to Remdesivir, and our search found another application is pending. The recently granted patent will expire only in 2035. Favipiravir is already part of five patents in India, although one of these patents has already expired. However, only a detail analysis can reveal whether existing patents block generic manufacturing.

Remdesivir is believed to be the most promising drug which can be used for treatment against COVID 19. It is a broad-spectrum antiviral drug, which is currently undergoing clinical trials in China. The results are expected towards the end of April. The drug works by inhibiting the virus’s ability to replicate itself inside cells. This indicates that the drug would effective even when a person is in the initial stage of infection and the virus is still reproducing in the upper respiratory tract.

Though it has not shown any efficacy against Ebola, lab and animal studies show have shown that this drug works against SARS and MERS as well, two other respiratory illnesses brought on by coronavirus infections and which are more lethal but less transmissible than the new coronavirus. This medicine is part of the WHO-sponsored multilocational “mega” CT.

Another drug some researchers are putting their hope in is Favipiravir. Favipiravir was developed by the Fujifilm Toyama Chemical corporation, and based on a licensing agreement, the antiviral drug is being manufactured by Zhejiang Hisun Pharmaceuticals for treating influenza viruses. Favipiravir can reportedly treat RNA viruses, like SARS-CoV-2. However, the drug seems less effective in patients with severe symptoms. China has reported using this drug for treating patients in Shenzhen who had tested positive for COVID-19 and found that patients given this drug tested negative four days later. In a trial in Wuhan, the drug has been reported to shorten the duration of patients’ fever from an average of 4.2 days to 2.5 days.

Patents on these chemical compounds have many ramifications for India. Though the Indian Patents Act allows the use of these patented medicines for research and development (R&D) purposes. Further, Section 107 of the Patents Act allows anyone to produce, use and even market the patented medicine without the permission of the patent holder for obtaining regulatory approvals. Thus, Indian generic companies and research institutes are free to produce and use these patented medicines during CTs. But the production use and marketing cannot be done once the regulatory authority provides marketing approval. In reality, these provisions would be of little use because the private sector companies will not make any investment unless there is a guarantee to market in the future.

The other four provisions in the Patents Act would be useful to provide a predictable and long-lasting solution. The first option is the compulsory license provision under Section 84. Under this, a private pharma company can approach the patent office to seek a compulsory license citing any one of  the following three grounds: unmet demands, excessive price and lack of local manufacturing. Any interested person can apply for compulsory licenses from three years from the date of grant of the patent after the failure of efforts to obtain a voluntary license from the patent holder.

As shown in the table (below), the Section 84 option is not available for Remdesivir because the date of the patent grant is in 2020. Any application for a compulsory license before three years from the date of grant is not possible under Section 84. In the case of Favipiravir, a compulsory license application can be made after failure to obtain a voluntary license in a reasonable period.

Though the Patents Act says the “reasonable period shall be construed as a period not ordinarily exceeding six months”, in the current situation, six months is a long period. Further, the issuance of a compulsory license requires hearing of the patent holder and it can delay the issuance of the license. The threat of litigation also make the generic companies to distance from using Section 84 in the case of Favipravir. Therefore, a compulsory license under Section 84 is not an option.

The third option is that the government should issue a government issue license on a patent under Section 100. Under this provision, the government directly uses or authorises a private company to make use of the patents.

The fourth option is under Section 102, whereby the government can acquire the patents and allow the generic companies to manufacture the patented molecule.

Only the last three options are looking feasible now – but require government action. The government has a cold foot when it comes to using compulsory licenses, often due to bilateral political pressure from the US. A US-India Business Council submission to the US trade representative in 2016 revealed that Indian officials gave an oral assurance to not to grant any compulsory licenses.

Now, India is in an extraordinary position, and these desperate times demand extraordinary measures, like allowing the generic production of patented medicines. Will the Government of India do what it needs to at this time?

K.M. Gopakumar and Prathibha Sivasubramanian are both members of Third World Network.

Note: This article, originally published on March 29, is being republished as K.M. Gopakumar has written to the government asking it to rescind patents given to Gilead Sciences for the drug remdesivir so it can be distributed more fairly to coronavirus patients around the world.