Rape Accused Can Be Convicted Solely on Testimony of Survivor, SC Reaffirms

"She is found to be reliable and trustworthy. Therefore, without any further corroboration, the conviction of the accused relying upon the sole testimony of the prosecutrix can be sustained," the court said. 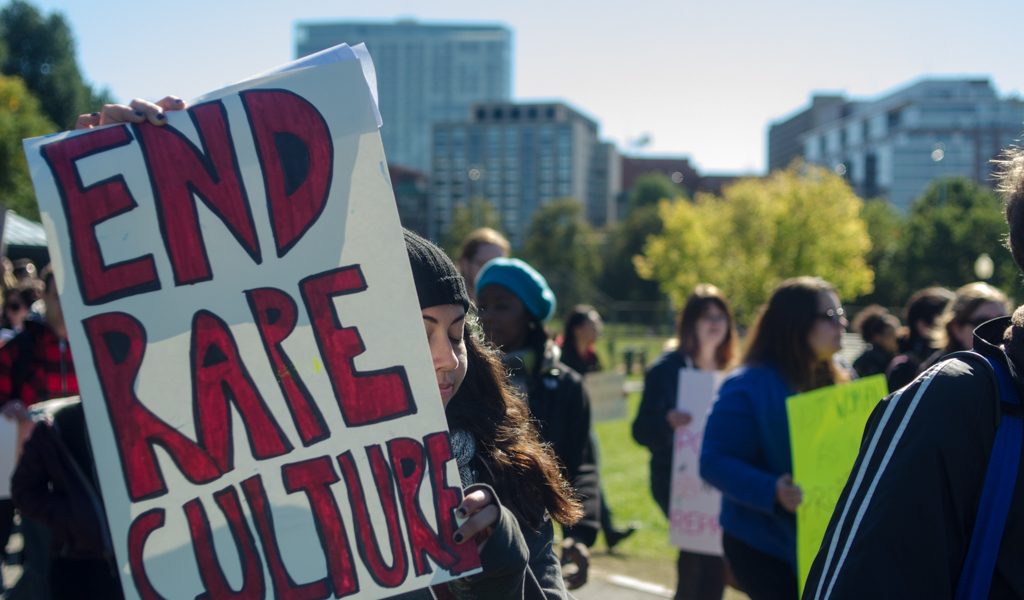 A demonstrator at a protest against sexual violence. Photo: Chase Carter/Flickr CC BY ND 2.0

New Delhi: The Supreme Court has once again held that a rape accused can be convicted solely on the basis of the testimony of the survivor, if she is found to be credible and trustworthy.

According to LiveLaw, the top court held this while hearing a case in which a rape convict raised the contention that the prosecution case rests solely on the deposition of the prosecutrix and no other independent witnesses were examined or supported her case.

Examining this contention, a bench comprising Justices M.R. Shah and Sanjiv Khanna noted that the prosecutrix has “fully supported the case of the prosecution and has been consistent right from the very beginning”, according to LiveLaw. The judges then highlighted observations made in earlier judgments.

These included the Ganesan vs State case, where the Supreme Court held that there can be a conviction on the sole testimony of the victim/prosecutrix when the deposition is found to be trustworthy, unblemished, credible and her evidence is of sterling quality.

In State (NCT of Delhi) vs Pankaj Chaudhary, the top court held that “as a general rule, if credible, conviction of accused can be based on sole testimony, without corroboration. It is further observed and held that sole testimony of prosecutrix should not be doubted by court merely on basis of assumptions and surmises”.

In another case, the top court said that the “testimony of the victim is vital and unless there are compelling reasons which necessitate looking for corroboration of her statement, the courts should find no difficulty to act on the testimony of the victim of sexual assault alone to convict an accused where her testimony inspires confidence and is found to be reliable. It is further observed that seeking corroboration of her statement before relying upon the same, as a rule, in such cases amounts to adding insult to injury”.

Thus, the court concluded in the instant case that there is “no reason to doubt the credibility and/or trustworthiness of the prosecutrix. She is found to be reliable and trustworthy. Therefore, without any further corroboration, the conviction of the accused relying upon the sole testimony of the prosecutrix can be sustained”.