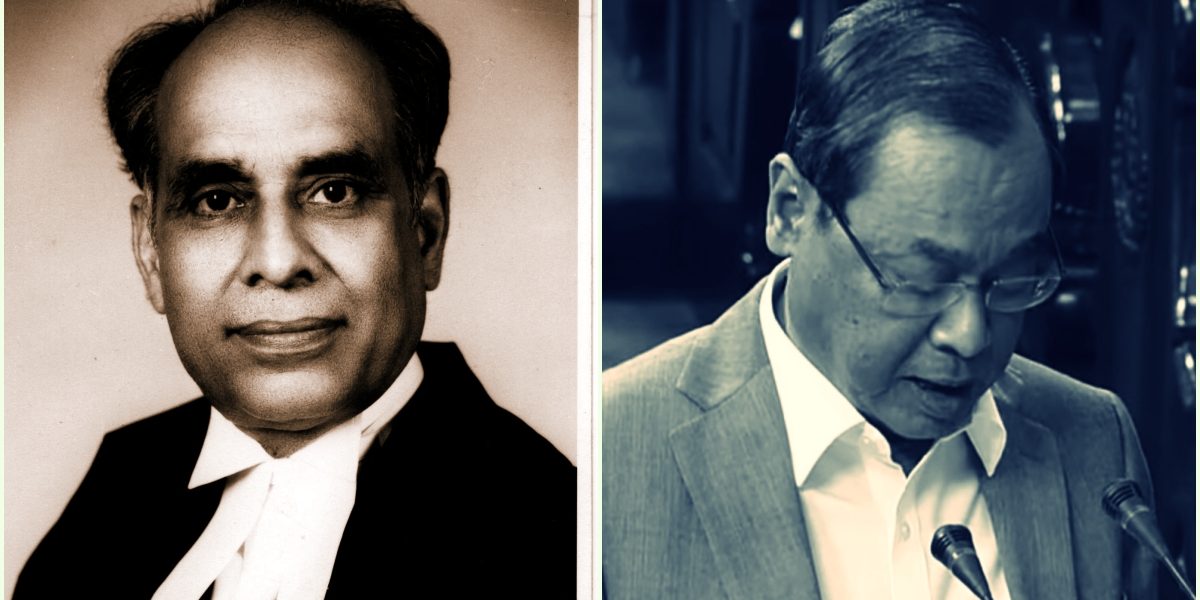 New Delhi: On Thursday, the former Chief Justice of India, Ranjan Gogoi was sworn in as a nominated member of the Rajya Sabha, amidst chants of ‘shame’ and a walk-out by the Congress and other opposition members.

Visibly embarrassed by the outburst of protesting MPs who chose to violate the convention of greeting new members because of their disappointment with his nomination, Gogoi must have wondered what made him lose the respect he had earned as a judge.

Even as he settles down in his new role as an MP, Gogoi might still wonder whether it would be at all possible to fulfil his responsibilities with dignity if he has to subject himself to constant taunts, as witnessed on Thursday, from other members. The chairman’s ruling that none of the disparaging comments by the opposition MPs would go on record could hardly have offered much consolation. One may not know whether Gogoi was seized by any mental cross-currents at that moment, but it is possible that he might introspect over what he has done to deserve the kind of treatment he has received from the opposition (and from his own brotherhood of retired judges) when scores of judges before him have  accepted post-retirement sinecures of one kind or another – a point he made in his interview to India Today TV.

Opposition MPs walk out of the Rajya Sabha as Ranjan Gogoi takes oath as a member. Photo: RSTV screengrab

If at all Gogoi chooses to introspect, he could well turn the pages of  Neither Roses nor Thorns, a memoir written by Justice H.R. Khanna, arguably one of the most celebrated former judges of the Supreme Court who rose to national prominence for his dissenting judgment in the landmark emergency-era ADM Jabalpur case.

In July 1979, Justice Khanna – who resigned from the Supreme Court in 1977 following his supersession for the post of CJI by Indira Gandhi – became Union law minister under Prime Minister Charan Singh.  Ironically, Khanna did not occupy that position for long, and resigned just three days later. In his memoir, he recounts the dilemma which initially made him accept the offer of ministership – and then recoil from it so quickly. 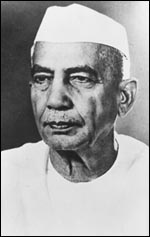 The Janata Party which came to power in early 1977 initially toyed with the idea of making him CJI by asking the then incumbent, Justice M.H. Beg to quit. Justice Khanna would have turned 65 years – the age of retirement for Supreme Court judges – only on July 3, 1977, and had he agreed to the proposal, would have been chief justice for a few months.  But he politely declined the offer, considering it outlandish and improper, when he met the then prime minister, Morarji Desai. However, in December 1977, he accepted the offer to become chairman of the Law Commission.  In 1979, he quit that post in order to become minister under Charan Singh.

Justice Khanna believed the office of the law minister offered immense opportunity to do something for the betterment of the courts and their functioning, but he was reluctant to accept the offer because of the controversial circumstances in which Charan Singh’s ministry had been formed. When he reminded Singh that he was not a member of parliament, as ministers have to be within six months of being sworn in, the latter said there would be no difficulty in getting him elected to the Rajya Sabha. Justice Khanna promptly told Charan Singh that he was a voter in Delhi and this might pose a problem for him to be elected to the Rajya Sabha.

When Justice Khanna declined a proposal to get him elected from Uttar Pradesh by posing as a resident of the state, he was told that Mani Ram Bagri, the Lok Sabha member from Mathura at the time, would vacate his seat, considered very safe for the ruling coalition. Bagri was offered a Rajya Sabha seat from Uttar Pradesh instead. Charan Singh also promised Justice Khanna that there would not be any political or extraneous interference, and that he would have a free hand as a minister, despite not being a politician. 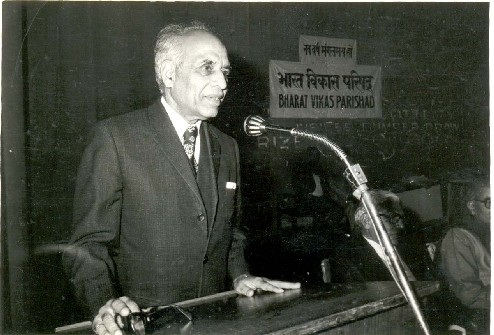 Justice Khanna, although excited, was far from jubilant, and was disinclined to take up the offer of ministership. But Charan Singh’s plea that he must become a minister for the national cause ultimately convinced him to take oath as a minister. At the first cabinet meeting of the new government, Justice Khanna records that he was able to persuade his colleagues to take a decision one way, although they were inclined to decide the matter the other way.

Also Read: From the Supreme Court, a Reminder that Justice Was Sacrificed to Save a Judge

Justice Khanna then recalled: “But inside I was not happy and the more the people came to congratulate me, the more I felt the irony of the situation.”  He realised the vastness of the powers vested in a minister, and the tremendous difference it would make if he were to exercise the same for the good of the people and bring about improvement in the working of the institutions within his charge throughout the country.  And yet, the inner tension within him on accepting the office remained unabated, causing him sleeplessness.

L.K. Advani, who then belonged to the rival camp in the Janata Party, rang him up, and after congratulating him said, “We feel that the star from whom we received inspiration has let us down”.  Justice Khanna had this to say about Advani’s remark: “Advani is a person for whom I have great respect and I knew he would say what he actually felt without mincing words.”

It was, therefore, not surprising that Justice Khanna eventually resigned, sooner – way sooner – than what many would have expected at that time. In his resignation letter addressed to the prime minister, he wrote:

“For more than 25 years, I have lived a life of judicial seclusion wherein the fluctuating fortunes of political parties can have only academic interest. Having lived such a life, I find myself wholly unsuited at present for the rough and tumble of current politics which is an inseparable part of the life of a minister. This apart, I find that in the game of alignment of parties and groups which we have recently witnessed on the national scene, some of the basic values so necessary for a healthy public life have been put to extreme strains. One can, I feel, pinpoint attention to these aspects, if one does not get oneself aligned with any party, much more so if the alignment is the result of accepting a minister’s office.”

Justice Khanna also referred to Charan Singh’s remark before the swearing-in – that his glum silence made him appear as a sheep being taken to a slaughter house. He added that he would not like to wait for some matter to crop up and make an issue of it as grounds for his resignation because it would be intellectually dishonest to do so.  He also took full responsibility for not being firm at the outset and expressed his genuine regret for the same.

What the Law Commission said

If Justice Khanna’s illustrious example is not sufficient to change Gogoi’s mind, he could also turn the pages of the 14th Law Commission Report, authored by the then chairman, M.C. Setalvad and submitted to the Centre, in September 1958. The report (Paragraph 29, Vol.II) said there can be no doubt that it is clearly undesirable that Supreme Court judges should look forward to other government employment after their retirement:

“The Government is a party in  a large number of causes in the highest Court and the average citizen may well get the impression that a judge who might look forward to being employed by the Government after his retirement, does not bring to bear on his work that detachment of outlook which is expected of a judge in cases in which Government is a party.  We are clearly of the view that the practice has a tendency to affect the independence of the judges and should be discontinued.”

The commission referred to the constitutional bar on further employment of the chairman of the Union Public Service Commission and the comptroller and auditor-general after they have ceased to hold office.   It also took note of the fact that restrictions of a similar nature have been imposed on the chairman and members of the State Public Service Commissions.  “In our view, it is even more necessary to safeguard the independence of the Supreme Court judges by enacting a similar provision barring further employment in their case, excepting of course their employment as judges of the Supreme Court in the manner provided by Article 128 of the constitution”, the commission had recommended.

Although the recommendation has not yet been fulfilled by successive governments, there is no reason why its spirit should not be accepted by a former judge, unless he or she is motivated by extraneous factors.

One could well argue that the nomination to the Rajya Sabha is not “employment” under the government, and that there are a whole lot of commissions and tribunals, which can be headed only by sitting and retired judges.  The post of the CJI, however, is a class apart, and except the National Human Rights Commission, none of the other bodies or tribunals envisage reappointment of a retired CJI.

This is not to argue that there are no precedents to former CJIs or judges  accepting similar posts, like Gogoi, without a cooling-off period, after retirement. In recent history, former CJI, H.L. Dattu, and former judge of the Supreme Court, Justice Adarsh Kumar Goel, had been appointed to the NHRC, and the National Green Tribunal, respectively, immediately after their retirement from the Supreme Court.  But the issue is of propriety – and the credibility of the Supreme Court in the eyes of the public.

Interestingly, Justice Gogoi was part of the three-judge bench which dismissed the challenge to Justice Bhandari’s nomination.  The bench, presided by the then Chief Justice of India, Altamas Kabir, also comprised Justice J. Chelameswar.