RTI activists insist the amendment Bill has diluted provisions of the original Bill and was pushed by the BJP in the Lok Sabha in hush-hush manner. 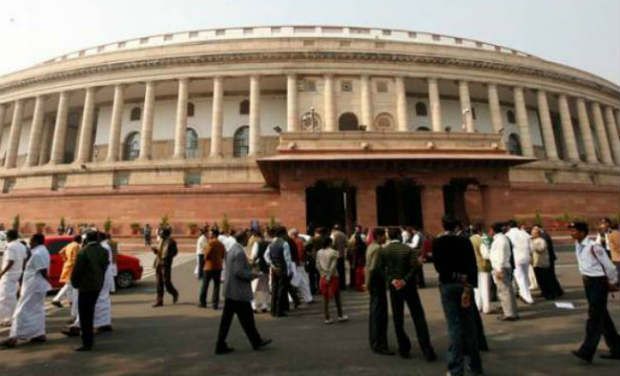 New Delhi: With the Whistle Blowers Protection (Amendment) Bill, 2015, that severely seeks to undermine the powers under the original Act, being taken up in the Rajya Sabha in the monsoon session on Tuesday, Right to Information activists have written a letter to members of the Upper House urging them to refer the Bill to a select committee.

In the letter, Anjali Bhardwaj, Nikhil Dey, Venkatesh Nayak, Bhaskar Prabhu and Rakesh Reddy, on behalf of the National Campaign for Peoples’ Right to Information (NCPRI), have pointed out the flaws that exist with the amendment Bill in its present form. They have cautioned the members of parliament that this Bill is seeking to dilute the effects of the original Whistle Blowers Protection Act by suggesting removal of the clause which safeguards whistleblowers from prosecution under the Official Secrets Act (OSA) if they make a disclosure under the WBP Act and also by stating that no disclosures should contain information which would prejudicially affect the sovereignty, integrity, security, strategic, scientific or economic interests of the state.

Noting that “brutal attacks on whistleblowers in our country have highlighted the vulnerability of those who dare to show truth,” the activists said, “it is the moral obligation of the state to protect people who, at great risk and peril, expose corruption and wrongdoing in the system.”

“Unless proper institutions and systems are put in place to empower whistleblowers by offering them protection and ensuring that their complaints are effectively investigated into and acted upon, corruption will continue to thrive with impunity in society,” they warned.

However, against the grain of protecting whistleblowers, the activists pointed out that concerted attempts are being made to target or silence them. “It is deeply concerning that instead of promulgating effective rules to operationalise the WBP Act, which was passed by the parliament and received the assent of the president on May 9, 2014, the government has moved an amendment Bill in the parliament which seeks to severely dilute the law,” they said.

OSA, clause against disclosures will curb freedom of whistleblowers

The activists said, apart from using OSA and the clause against making disclosures to silence the officials willing to speak up and take a stand against corruption or wrongdoing, the amendment Bill also lays down that “information which relates to commercial confidence, competitive position of a third party etc. also cannot form part of the disclosure made by a whistleblower, unless the information has been obtained under the RTI Act.”

Opposing this clause, the activists said the basic purpose of the WBP Act, which was passed in 2014 but was not operationalised, was “to encourage people to come forward and report wrong-doing in the form of corruption, misuse of power and commission of a criminal offence.”

But now, they said, “If whistleblowers are prosecuted for disclosing information as part of their complaint and are not granted immunity from the OSA, the very purpose of the law will be defeated. Offences under the OSA are punishable by imprisonment of up to 14 years. Threat of such stringent penalties would deter even bonafide whistleblowers from coming forward.”

Government will decide if information sought is sensitive in nature

RTI activists said the amendment Bill also provides for creation of an authority by the central/state government which will certify whether or not any information which is a part of the disclosure, or any information sought during inquiry, is of a sensitive nature as specified in the Bill. The certificate issued by this authority will be binding and following certification, the competent authority will not inquire into such disclosure and also, such information will not be provided during the course of inquiry.

The activists have questioned this clause stating that “empowering agencies to issue binding certificates, which would mandatorily prevent inquiry into complaints containing information of the nature mentioned in the Bill, will be open to misuse and can become a tool for stalling inquiry into disclosures. Also, the Amendment Bill completely ignores the predicament of government servants who come across evidence of wrong-doing in the normal course of their working and do not need to file applications under the RTI Act to access information.”

Stating that the amendment Bill was brought to the Lok Sabha without any public debate on its contents, the activists have stated that RTI requests seeking information on the nature of amendments were denied to the citizens and its text was only made public on May 11, 2015, once it was introduced in the Lok Sabha.

Despite several opposition parties objecting to the dilution of the law and many of them asking for the Bill to be referred to a standing committee, the Bill was passed by the Lok Sabha on May 13, 2015. Now that it has been listed in the business of Rajya Sabha, the activists have urged the MPs to “move an amendment under Rule 125 of the ‘Rules of Procedure and Conduct of Business in the Council of States’, to refer the amendment Bill to a Select Committee” as this would enable a detailed clause-by-clause discussion on it.