The judge noted that the petitioner's mental agony is comparable to a victim of rape. 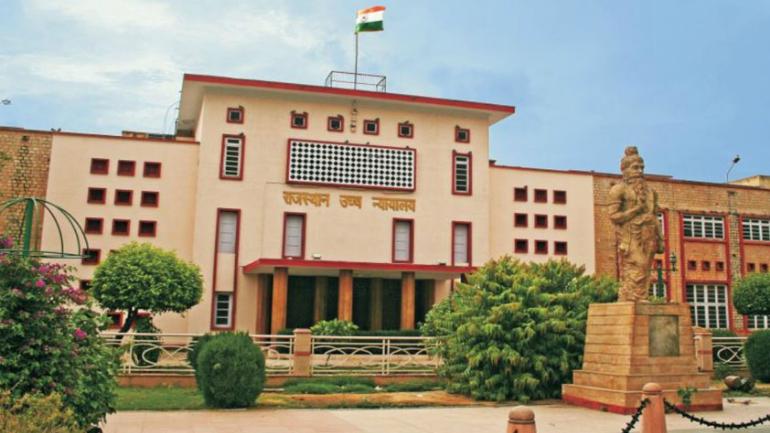 Treating her mental agony to be equal to that of a victim of rape, the Rajasthan High Court on Friday allowed the plea of a forced sex-worker to abort her foetus.

Moreover, the single judge said, “If the child in the womb is allowed to be born, his/her mental agony will be no less. He/she will always be reminded of petitioner’s past and the fact that his/her paternity is not known will continue to throb his/her heart and hammer his/her mind and soul.”

The court harboured “no doubt” that “the petitioner, who has been forced in whorism against her wishes, has been impregnated by an unknown person, consequent to her forced promiscuous physical relations”. In these facts, the single judge opined that the conception is no less than a pregnancy to have been caused by rape for the purpose of Explanation-I appended with sub-section(2) of Section 3 of the Medical Termination of Pregnancy Act of 1971.

Expanding the scope of the explanation, the judge noted that the petitioner’s mental agony is comparable to a victim of rape.

” The age of foetus is 17 weeks and three days and petitioner has expressed her unwavering resolve to abort. There is thus, no legal impediment, as noticed above”, reads the judgment.

In passing the order for the foetus to be aborted within three days, it was clear to the court that “the petitioner, a hapless girl, who is literally an orphan, has been thrusted in the prostitution, apparently against her will”. Accordingly, the medical termination of pregnancy is permissible for the purpose of “protecting the victim from the trauma of being ravished, coupled with the fact that the baby to be born will remain with her and continue to remind her of the agony she has suffered during her confinement in the brothel”.

The judge proceeded to observe that she may continue to have a feeling of repulsion or revenge for the person(s) who have thrown her in the disgraceful profession, that the baby, whose paternity is not known, in turn, would continue to cause mental agony to her. “In the present facts, abortion is imperative, so that the petitioner can settle in life and the baby does not emerge as a snag in her possible peaceful life. In the extant facts, termination is rather necessary to sever the maternal tie between the petitioner and her baby to be born,” was the view of the court.

Also read: Ceiling of 20 Weeks for Abortion Can’t Be Extended: Centre to SC

The petitioner’s prayer was examined from the perspective of the child in the womb too, “who is also a living organ”. The prospective child in the womb has no say in the proceedings, so the court substituted itself as a parent – the parens patriae and attempted a balancing exercise.

“If the foetus in the womb is permitted to bloom as a child and allowed to born, his/her life will offer more miseries than the one time shock he/she will suffer on his account of his/her premature death consequent to medical termination of petitioner’s pregnancy. Such child would be left at the mercy of people like (the brothel-owner who has illegally confined the petitioner and compelled her to practise prostitution)”, expressed the court.

The court clarified that the present petition has been allowed, having regard to the peculiarity of the facts involved and the same may not be treated to be precedent laying down absolute law, that every woman engaged in prostitution has an inviolable right to get her pregnancy terminated.

The article was originally published on Live Law. You can read it here.