He has "withdrawn his consent and informed the authorities not to process the matter further", sources close to the judge told the media on Sunday night. 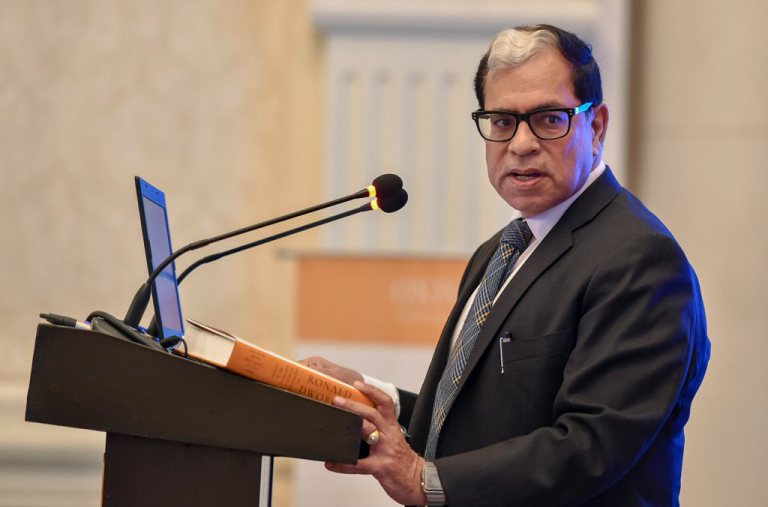 New Delhi: With the government’s decision to nominate Justice A.K. Sikri to the Commonwealth Secretariat Arbitral Tribunal (CSAT) snowballing into a major controversy, the judge has written to the Union law ministry asking that his name be withdrawn for the assignment.

Sikri, the senior-most puisne judge of the Supreme Court, served as Chief Justice Ranjan Gogoi’s nominee for the meeting of the high powered committee (HPC) earlier this week which sacked CBI director Alok Verma on the basis of an adverse report by the Central Vigilance Commission.

With the committee’s two other members, Prime Minister Narendra Modi and Congress leader Mallikarjun Kharge, taking opposite sides on the question of whether Verma should be asked to go – the former favouring his ouster and the latter opposing it – it fell to Sikri to cast the deciding vote. Verma complained that by refusing to consider his rebuttal of the CVC’s report, the committee  – essentially Prime Minister Modi and Justice Sikri – had violated the principles of natural justice.

With first The Print and then The Wire confirming the fact that the government had picked Sikri for the Commonwealth job even as the Verma matter was being adjudicated by the Supreme Court, sources close to the judge said late on Sunday evening that “a totally unjust controversy [has been] raised by connecting the two”, i.e. his role on the HPC and his nomination to the CSAT.

The sources said that Justice Sikri’s consent was orally taken “sometime in the first week of December 2018” for the CSAT vacancy. They said this was “not an assignment on a regular basis… There is no monthly remuneration.  There may be two to three hearings in a year.  There was no question of staying in London or at any other place.”

The sources insisted that since Justice Sikri’s consent was taken in the first week of December 2018, there was no connection to Verma’s case since it was only in the second week of January that he was made the CJI’s nominee to the HPC.

“In any case, Justice Sikri has even withdrawn his consent and informed the authorities not to process the matter further…  [he] has always maintained that after his retirement, he is not going to accept any assignment on regular basis,” the sources said.

While Justice Sikri’s name was indeed formally proposed by Chief Justice Gogoi earlier this week, at the time the government nominated Sikri, it was reasonably certain that he would be a member of any HPC to emerge from the Verma case.

Had the Supreme Court rejected Alok Verma’s plea against his peremptory dismissal, the matter would have ended there. But the government knew that if the court were to rule against the sacking and declare  Verma’s removal illegal, Chief Justice Gogoi would not be part of the HPC to settle the issue since he had led the bench which heard the case.

In such an event, it was almost certain that as the senior-most puisne judge, Justice Sikri would be asked to step in for the CJI and be the third member of the committee.

When his name was announced as Justice Gogoi’s nominee, neither he nor the CJI flagged the potential conflict of interest involved in holding the casting vote on a matter of great political sensitivity for a government that had just nominated him for the prestigious Commonwealth assignment.