Why Prashant Bhushan's Trial for Contempt Should Be Declared a Mistrial

The charge of ‘scandalising the court’ pit Bhushan against the Supreme Court. But how can a court sit on judgment on itself? 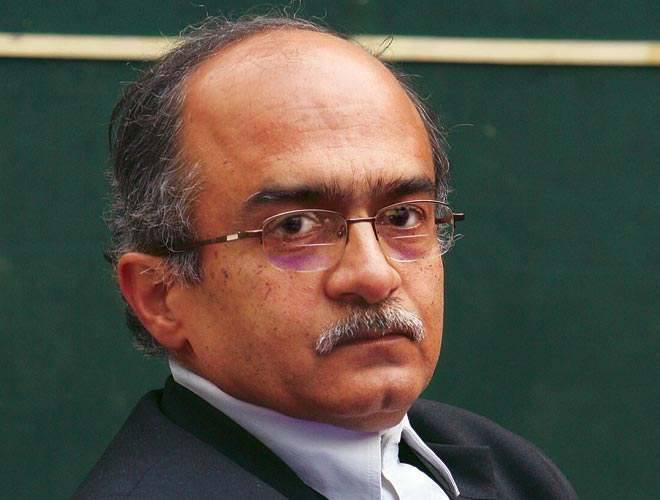 I’m not a jurist. But some things are self-evident. A fundamental premise in law is “you cannot try yourself,” let alone try those with whom you’re conflicted.

Let me narrate a story from my army days. While I was posted in a training establishment in a Defence Recruitment And Training Centre, which took in soldiers who retired at an early age from the army for rehabilitation to be trained and posted again in non-combatant roles as security guards in defence installations, I came across a recruit with a strange case history. Before joining my establishment, he was summarily court-martialled, discharged from the army and sent to prison to serve a sentence of six months by the commanding officer of the battalion where he served. He was charged with sexually molesting the daughter of the commanding officer, with the rank of a Lt Colonel, who had summary court martial powers. The soldier went to the high court and challenged the sentencing. The court set aside the judgment as the rules clearly stipulated that a commanding officer cannot try cases where he’s involved and is conflicted. The soldier was released from prison and he rejoined the army.

Now, I’m not talking about the bizarre case of a former chief justice who presided over a hearing arising from sexual harassment charges against himself – one of the instances of ‘corruption’ in the widest sense of the word that Prashant Bhushan speaks about in his reply to the Supreme Court, running into hundreds of pages which the court ignored – but a larger problem.

Also read: Here’s What the AG Wanted to Say About the Judiciary, Before Justice Arun Mishra Stopped Him

While the charges Bhushan made through his tweets (and interview in 2009) are directed at individual judges whose conduct, in his opinion, undermines the judiciary and shakes the pillars of democracy, one does not need to be a legal luminary to make out that the conflict is between Bhushan and the Supreme Court.

Here, I’m not arguing over the merits of the court’s order convicting Bhushan for his tweets but about the legal and moral sanctity of the trial itself. In putting Bhushan on trial for criminal contempt on the charge of scandalising the court, the Supreme Court is, in effect, standing in judgment of itself.

The charge of “scandalising the court” should have been scrapped long ago, or at least when the Law Commission suggested its deletion recently. The ‘crime’ Bhushan has been convicted of is archaic, anachronistic and monarchic in its origins. Whosoever is delusional enough to think he or she is a law unto themselves – be it an elected leader, a bureaucrat, a police officer, or a judge –  will, by definition, be intolerant of those who dissent and disagree and who walk their own path. Anyone who thinks like an emperor has no place in a democracy. As Emerson said, “Difference of opinion is one crime emperors never forgive.”

Even if we accept the bench’s reasoning that it acted suo motu against Bhushan and that the original complainant’s failure to obtain the attorney general’s consent – as mandated by the Contempt of Courts Act, 1971 – was not a flaw, my view is that what we saw was not a fair and just trial but a mistrial. A court that insists on judging the subjective charge that someone has “scandalised it” lacks credibility and is suspect, irrespective of the credentials of the judges.

The Supreme Court is ‘supreme’ and can adjudicate on all matters between various third parties. Incontrovertible. But can it be an arbiter in cases where it is, de facto, an accused, as in the instant case? Surely it cannot.

Also read: Bar and Bench Must Come Together to Preserve the Judiciary’s Independence

We must all remember there are now five pillars of democracy, not four. Elected representatives, the executive, the judiciary , the press or the fourth estate and now the public at large, turbo-charged with the power of the Internet where millions can directly express their thoughts, and which potentially has a far wider reach and potency than newspapers and television. The court of public opinion – the fifth pillar of democracy, supreme in its own way – cannot and must not be overlooked but should guide the other four pillars in taking informed decisions while delivering on their oath of office.

Humility serves all, especially when we are likely to be blinded by sanctimonious virtue, ego and  power. Judges are human like us. The Supreme Court must gracefully find a way out of the impasse it finds itself presently in, enlisting the help of the AG and the bar.

Eventually, it must frame new laws and rules to set right the conundrum that the ‘Prashant Bhushan Contempt  Case’ has posed, to prevent abuse of the fundamental tenet – No one can be a judge in her/ his own case or cause. This is true of a single judge – and the court is happy to concede this. But the charge of ‘scandalising the court’ thrusts the court itself in the role of judge in its own case. And this is surely incompatible with natural justice.

Beyond the ego and fate of individuals, the Bhushan case has raised paramount questions of democracy. At stake are liberty and justice. And as Edmund Burke said,

“Whenever a separation is made between liberty and justice, neither, in my opinion, is safe.”