The conduct of police forces over the past few months raises many questions. 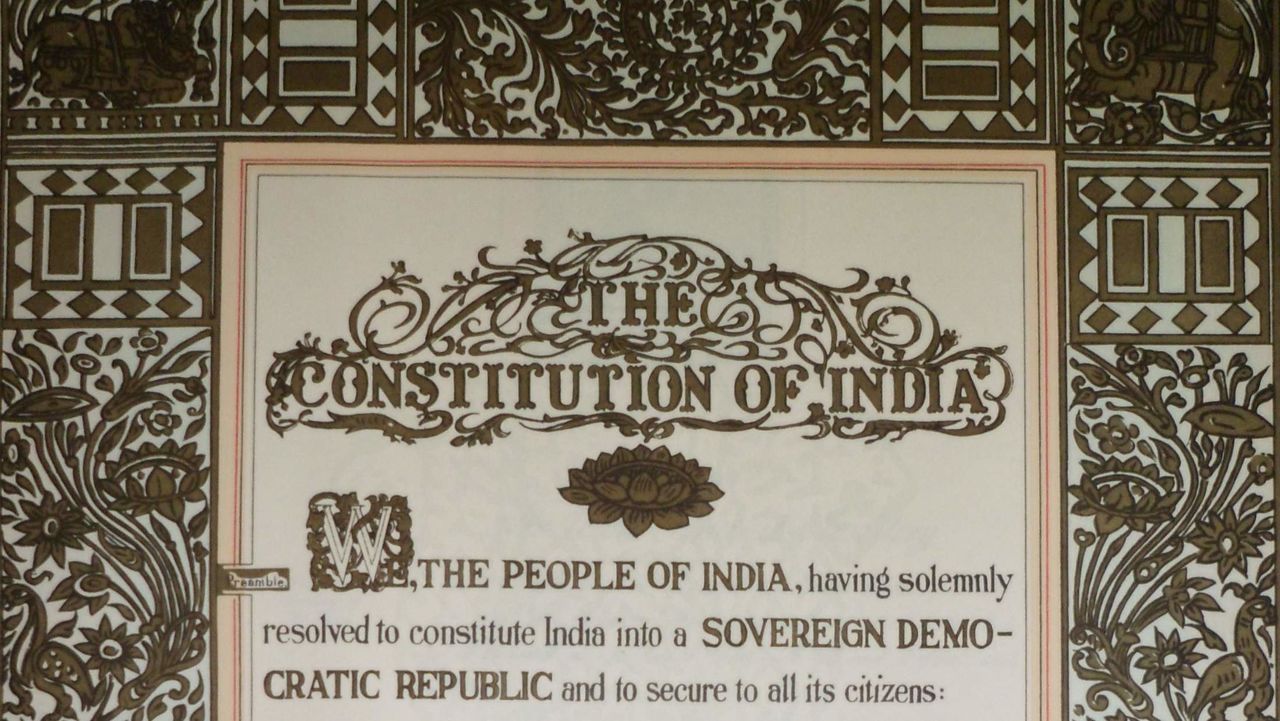 The opening lines of the preamble of the Indian constitution. Credit: Wikimedia

Chief Justice of India (CJI) N.V. Ramana said on November 22 that rulers should introspect every day whether decisions taken by them were good and also check if they have any bad characteristics. Earlier, on July 15, the CJI had expressed concern over misuse of the “colonial era” penal law on sedition and condemned another manifestation of abuse of authority in India: custodial torture.

The message of the CJI is loud and clear: Human rights must be protected at all costs.

The propensity of rulers to abridge human rights without adequate grounds has of late been an unfortunate trend. A ‘human right’ is the mother of all rights. There is a need to grasp the source and extent of these rights.

India is a signatory to the Universal Declaration of Human Rights (UDHR), 1948, proclaimed by the United Nations General Assembly on December 10, 1948, held in Paris. The UDHR is a milestone in the history of human rights with 30 articles. Article 1 of UDHR stipulates that “all human beings are born free and equal in dignity and rights”. In 1948, this was adopted by 48 countries. Today the number has grown and is nearing 200.

In 1776, US founding father Thomas Jefferson said, “All men are created equal.” Much earlier, in 1712 philosopher Jean-Jacques Rousseau said: “Man is born free but everywhere is in chains.” Across the world, therefore, for centuries, human rights have been recognised as the most precious right of mankind.

The preamble of UDHR recognises that disregard and contempt for human rights have resulted in barbarous acts which have outraged the conscience of mankind. Human rights are universal, no matter who they are or where they are. These rights include civil and political rights like the right to life, liberty, free speech and privacy.

These principles influenced the Constituent Assembly of India exactly 72 years ago on November 26, 1949, while adopting the constitution, which came into force two months later on January 26, 1950. It’s time to revisit these principles, ingrained in the Indian constitution, and see ground realities.

Now, one absconding top cop is protected from arrest by the top court. A top former banker was picked up in Delhi, driven for 16 hours to another state, and was initially denied bail by a magistrate. A 23-year-old boy was arbitrarily arrested by the Narcotics Control Bureau (NCB). The Enforcement Directorate (ED) is going hammer and tongs on arrest jurisprudence. The Prevention of Money Laundering Act (PMLA) empowers the ED to arrest while no such power exists under the Foreign Exchange Management Act (FEMA).

How many assets have been confiscated (not attached) by the Union government under PMLA or how much foreign exchange has been repatriated to India under FEMA? The answers to these questions will disclose the ED’s quality of work. And when talking about the Central Bureau of Investigation (CBI), one cannot forget the “caged parrot” observation made by the former chief justice of India R.M. Lodha.

The CJI’s thoughtful statements must act as a beacon of light.