On Wednesday, the prime minister's convoy was stranded on a flyover for some time. 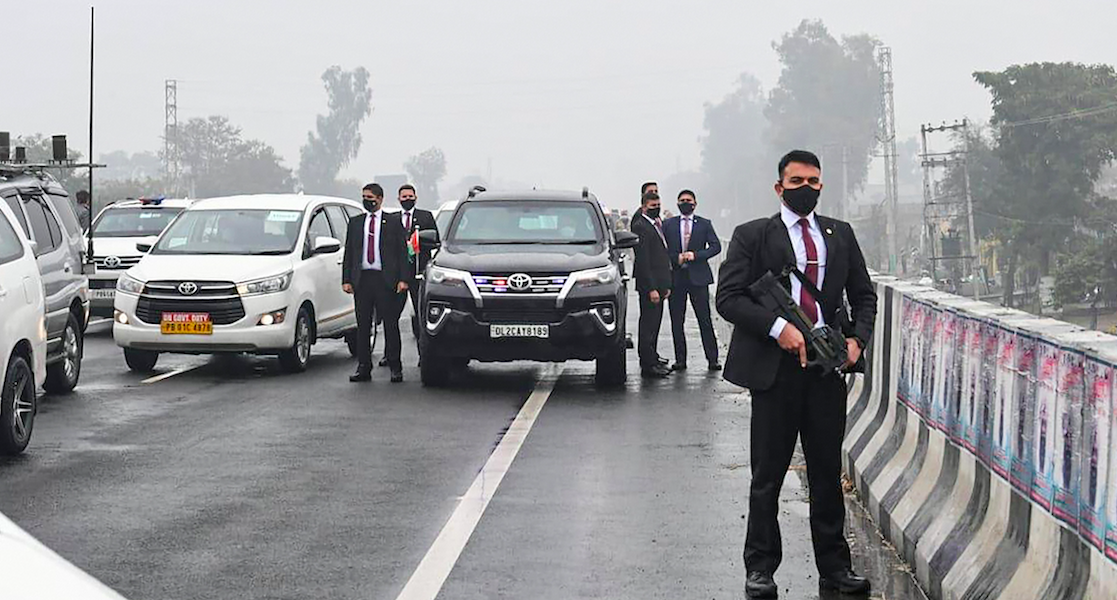 New Delhi: The Supreme Court on Friday directed the registrar general of the Punjab and Haryana high court to forthwith secure the records pertaining to security arrangements made for Prime Minister Narendra Modi’s recent Punjab visit from the state government, its police and central agencies.

A bench headed by Chief Justice N.V. Ramana also asked the counsel representing the Punjab and the central governments to ask the committees set up by them separately to probe the lapses during the visit of the prime minister to hold their hands till Monday when it will hear the plea next.

“Heard counsel for parties. Taking into consideration the arguments advanced, keeping in view that it pertained to the security of the prime minister and other issues… as first step, we deem it appropriate to direct registrar general of Punjab and Haryana High Court to secure records forthwith”, the bench, also comprising justices Surya Kant and Hima Kohli, said in the order.

It also directed the Punjab government, its police authorities and other Central and state agencies to cooperate and provide the entire relevant records immediately to the Registrar General.

The bench has now posted the case for further hearing on January 10.

The top court was hearing the plea of an organisation Lawyer’s Voice’ seeking a thorough investigation into the breach in prime minister Modi’s security in Punjab and ensuring there is no such event in the future.

On Wednesday, the prime minister’s convoy was stranded on a flyover due to a blockade by protesters in Ferozepur after which he returned from poll-bound Punjab without attending any event, including a rally.

On Thursday, the bench led by the CJI had agreed to hear the plea on Friday.

The petition has sought the preservation of evidence on security arrangements, court-monitored probe and action against erring officials of the Punjab government responsible for the alleged lapse.

Take cognisance of the serious and deliberate lapse on part of Respondent No 1, 2 and 3 (state government, chief secretary and DGP) concerning the security and the movement of the prime minister of the country, the plea filed through lawyer Sandeep Singh said.

It also sought direction to the district judge, Bhatinda to collect all official documents and materials from all possible sources pertaining to the movements and deployment of Punjab Police in connection with the visit at the earliest and produce the same before this court.

The plea has also sought a direction to the Union Home Ministry to initiate departmental action against the state chief secretary and the director general of police.

Issue a writ …or direction fixing responsibility of the Respondent No 2 and Respondent No 3 (Chief Secretary and DGP) and place them under suspension.., it said.

The petitioner is seeking urgent intervention… raising an imminent and issues of national importance impinging upon the national security and for protection of the fundamental right to movement across the country and liberty of citizens in the country, it said.

The plea urged the court to take cognisance of the matter and ensure that official records are not tampered with and presented before it at the earliest.

The petitioner… is seeking to highlight the said incident and raise an important question as if the prime minister of the country can face such a situation, then the fundamental rights of citizens which has been guaranteed …are in serious jeopardy in Punjab and beyond, it said.

It is shocking that an overwhelming section of the blockage of the road was consisting of police personnel on the spot which made the complicity of the State authorities apparent, the plea alleged.