A Patna high court suo motu case began ostensibly as an examination of the security threat posed by a building near its premises. But the proceedings went into all kinds of other directions. 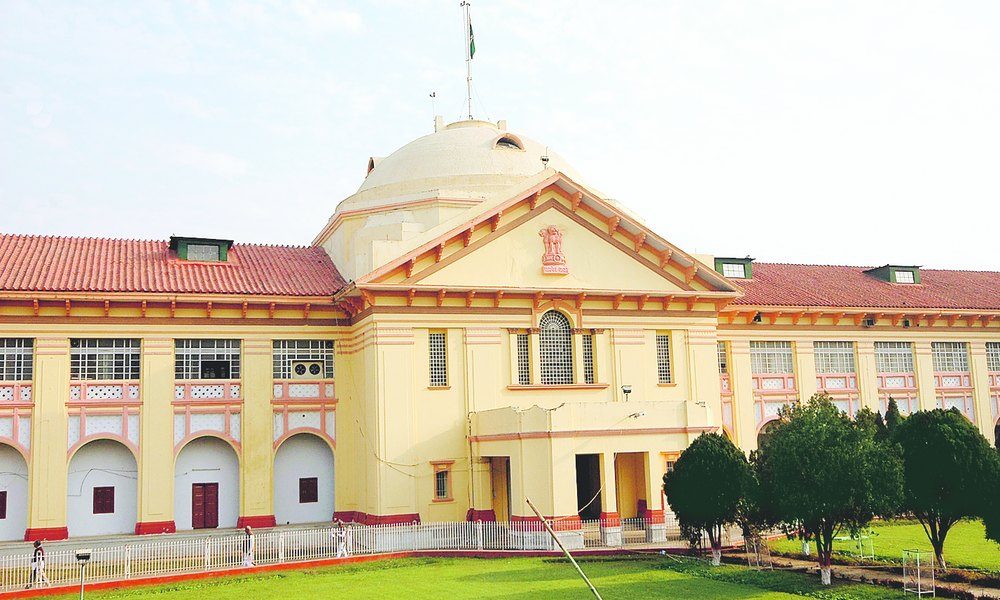 “Further, the respondents have negligently allowed the construction in a manner not keeping in mind the dignity of the Court. In the sketch plan attached with the counter affidavit of the Waqf Board, space is allocated for a septic tank almost abutting the boundary wall of the High Court. This is enough to jar the sensibilities of any right thinking person.

[…] In the above circumstances and for the foregoing reasons, the Building Corporation (Respondent No. 9) is hereby directed to demolish the entire building forthwith.”

The sentiment in the judgment makes it somewhat clear to me why courts in India have such a complicated relationship with toilets. They are few and far between, almost an afterthought to the building plan.

But to be clear, the direction that the ‘entire building be demolished forthwith’ was not based solely on the unhappy placement of the septic tank. There was more to it.

In order to ascertain the legitimacy of the building, we called upon the learned registrar general and the court officer and inquired from them as to whether any information had been given to the high court prior to the erection of the building. We also inquired if they were aware whether the ongoing construction of the structure is being carried on after due approval of the map in accordance with law.

In our opinion, the existence of the structure in such close proximity of the high court building, apart from causing incessant disturbance in court proceedings, prima facie, poses serious security concerns for the judges, lawyers, litigants, staff and security personnel alike.

In our opinion, the matter needs to be brought to the notice of the Hon’ble Chief Justice for taking it up on the judicial side to consider, inter alia, the following aspects:

As it turned out, the huge structure was being constructed by the Sunni Waqf Board, which had decided, for reasons unknown, to build another office (Waqf Bhawan) for itself in the city, together with a guesthouse, a library and the customary conference hall. The Waqf Board filed its counter-affidavits, annexing the building’s sketch plans for the court’s consideration.

The court, upon hearing the Waqf Board, again reiterated its security concern:

“As observed above, the very purpose for taking up this matter was the serious security concern for judges, lawyers, litigants, staff and security personnel alike, having regard to the close proximity of the structure to the high court building.”

Disappointingly, however, the court did not judicially examine the security threat from the Waqf building. It would have been important to record the exact nature of threat felt by judges, common lawyers and ever more common litigants, from similarly placed common people who might visit the offices of the Waqf Board, use its library, or stay in its musafirkhana. The suo motu proceedings went into all kinds of other directions and did not assess the principal fear that had given rise to it in the first place.

An unexamined fear of the other is a dangerous thing. Recently, a group claiming to speak for almost 5,000 residents of Dwarka, in New Delhi opposed the allotment of land for construction of a ‘Haj House’ there, claiming that such a building in the area, and visitors thereto, would cause ‘law and order problems’ and ‘disrupt brotherhood and harmony’.

The Patna high court voiced similar security concerns but mercifully chose to frame that concern in an examination of “who is constructing the building and at whose instance?” and “whether they had proper title over the land, and also proper municipal permits”.

Waqfs refer to properties that have been dedicated by a person professing Islam for a pious, religious or charitable purpose. It is thus an irrevocable Trust, whose income is meant to be used for a specified pious or charitable purpose. Waqf estates are managed by individual administrators, and by Managing Committees, who do not have the power to sell/ mortgage or lease the property. Yet Waqf land has been frittered away, both through illegal sales and through encroachments.

Taken together, Waqf estates, big and small, form the ‘largest single landholder’ with over 6 lakh registered properties in India even today, often comprising prime urban land. However, the income generated from Waqf properties is a meagre percentage of their total estimated book value. Thus, it was with a view towards improved supervision of disparate Waqf estates that the government was charged with the constitution of state Waqf Boards. The Waqf Boards supervise the management of prime urban Waqf estates. They are sites where burgeoning Muslim politicians cut their teeth, where budding real estate developers blossom, and also where significant government control is exercised.

The Waqf Act gives the power to Waqf Boards to supervise the proper administration of different Waqf estates, to take them over for purposes of management if there are complaints of maladministration, and in some cases to ‘develop’ the estate with the consent of managing committees/ administrators, such that the proceeds of ‘development’ further the objectives of the particular Waqf estate. Quite pertinently, the Board is also given the power to sell, mortgage and lease Waqf properties, if 2/3rd of its members vote in favour.

In the present case, the land on which the building is constructed is part of an open tract, adjacent to the high court, which has the Dargah of Hazrat Jalaluddin Shah, a local martyr/saint, who was part of the anti-British, Muslim revivalist movement of the early 19th century. It is a notified Waqf [Waqf Estate No. 663] and has a managing committee to administer its affairs.

The Bihar Sunni Waqf Board had evidently taken over Waqf Estate 663 in order to ‘develop it’ into its own offices. In this endeavour, it was being supported by the Minority Welfare Department of the state government, which was funding the project, and also the Bihar State Building Corporation, which was actually constructing the building and therefore the recipient of all the building funds from the Minority Welfare Department.

The high court quite correctly raised concerns about the said development changing the very nature of the original Waqf estate, which was a 19th century dargah. However, the Board argued that it had powers under the law to develop, and lease Waqf properties.

It is true that prime open land belonging to an old dargah is being converted into a constructed mass, jointly steered by the Waqf Board and sundry government departments. It is also true that such skewed development is a feature of all our provincial towns, as well as urban development policies. In Patna itself, an old heritage building the ‘Dak Bungalow’, where E.M. Forster is said to have written ‘The Passage to India’ was demolished and a mall came up in its place. 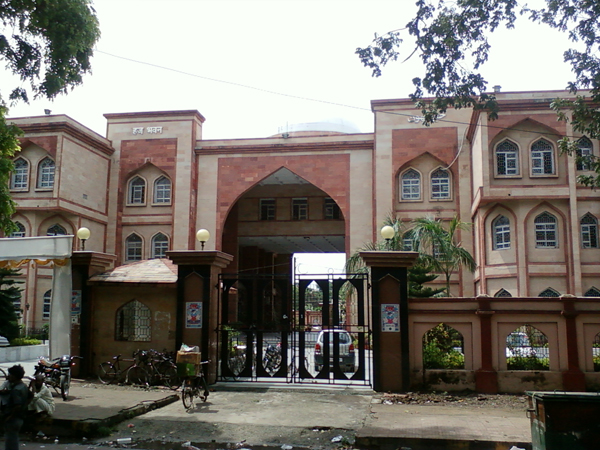 The second issue that the court had with the construction was that under the relevant municipal bylaws, due permission had not been taken from the Patna Municipal Corporation. The state government’s plea was that since the construction was being carried out by the State Building Corporation and the building plans were prepared by a ‘government architect’ employed by the corporation, they were exempt from any permissions. There was no point in one government department taking permission from another.

There is a bylaw that bars any new constructions higher than 10 metres in the vicinity of a 200-metre radius of the high court. The government admitted a lapse and agreed to demolish the excess height.

Still, the case turned on whether the person who sanctioned the Waqf Board building plans was actually, technically a ‘government architect’, and also on how bylaw noumber 21, which barred construction within close proximity of the high court building, should be enforced for it was an attempt to preserve architectural and cultural heritage.

The appeal from the Patna high court’s judgment, filed by the state government and the Waqf Board before the Supreme Court has been admitted, and ‘status quo’ has been ordered, again on the basis of the same technicality, which would now be decided by the Supreme Court: was the plan sanctioned by a ‘government architect’, and whether that exempts them from taking permission from the Patna Municipal Corporation. It has been argued that permission between two government departments might sometimes be required for checks and balances.

In the event, both issues of ‘security concerns’ and ‘preservation of cultural heritage’ remain judicially unexamined. Consequently, there were no specific orders for restoration and preservation of the Dargah land either.

While the Patna high court in a 4:1 majority ordered the demolition of the building for having flouted municipal rules, the dissenting judgment of Amanullah, J. notes that the court’s reasoning might have digressed from the initial questions it had framed in the suo motu proceedings. The enquiry into whether specific building bylaws had been breached, and the penalties therein, should be best left to the designated ‘competent authority’ under the bylaws. This was not the domain of the constitutional court, and not an indulgence that the court would usually grant to ordinary litigants if they were to ever come before it in writ proceedings alleging breach of municipal rules.

On that note, there has been a remarkable effort from the court, at least with respect to hearing of suo motu proceedings, and suo motu turns in old proceedings during the pandemic months. These are typically cases where the court on its own is ‘constrained to recognise a problem’, and then seek to find an answer, sometimes by moulding policy. For instance, apart from the present case, the high court has also been hearing a writ petition where it has given a finding that the deportation of undocumented migrants is of paramount importance and in national interest, and has thus directed the state government to ‘sensitise the people of the state towards this finding and to encourage them to report on/ deport suspected migrants.’ The state government had been pleading that there really isn’t such a problem of undocumented immigrants in the area and it would much rather use its resources elsewhere.

At the same time, the hearing of ordinary cases – including criminal writ petitions, and bail applications, which have a direct bearing on personal liberties – await their turn, which might take months, amidst the increasing backlog. In the event, there is no relief for litigants, nor laying down of any rights-based jurisprudence. There are directions for demolishing a building here, or inadvertently encouraging vigilantism there.