Earlier, the Supreme Court had said that the law does not sanction the concept of a woman's religion getting merged with her husband's faith after an inter-religion marriage. 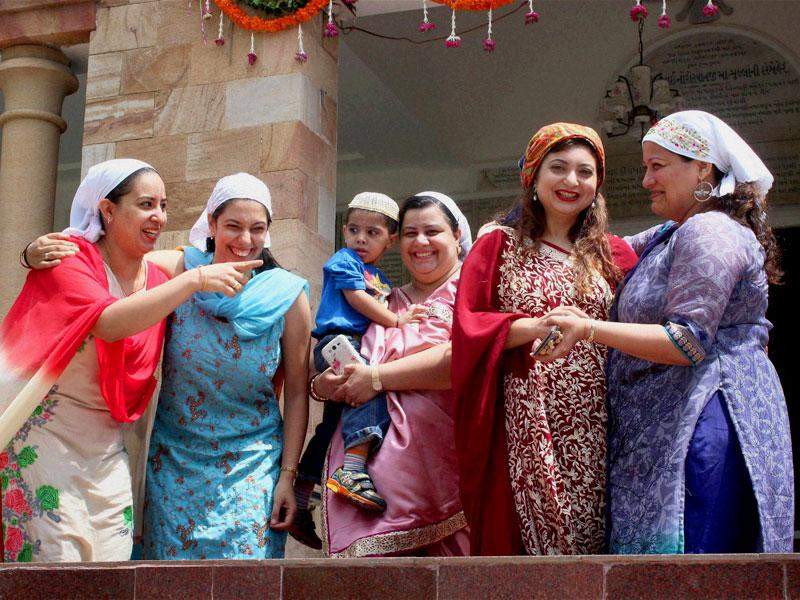 CAs per the tradition, a Parsi woman loses her religious identity after marriage outside the community and is consequently barred from visiting the ‘Tower of Silence’ in the event of death of her Parsi family members. Credit: PTI

New Delhi: A Parsi Trust today broke age-old traditions and informed the Supreme Court that it would allow a Parsi woman and her sisters, who have married outside the community, to visit the ‘Tower of Silence’ and attend prayers in the event of the death of their parents.

A five-judge constitution bench headed by Chief Justice Dipak Misra, which is dealing a legal question whether a Parsi woman loses her religious identity if she marries a man from a different religion, lauded the stand of ‘Valsad Parsi Trust’ to allow Goolrokh M. Gupta and her married sisters to attend prayer in the temple of fire and the last rites of parents after their death.

The Trust, represented by senior lawyer Gopal Subramanium, said, “It is agreed and declared between the petitioner and respondent (trust) that the respondent will, on compassionate grounds, permit the petitioner to attend the funeral prayers (Paldust ceremony) of her parents performed inside the prayer hall of the Bungli (bunglow) of the Tower of Silence complex (Doongerwadi) complex at Valsad.”

The Tower is used for funerary purposes by the adherents of the Zoroastrian faith, in which the traditional practice for disposal of the dead involves the exposure of the corpse to the sun and vultures.

The bench, also comprising Justices A.K. Sikri, A.M. Khanwilkar, D.Y. Chandrachud and Ashok Bhushan, said the statement of the Parsi Trust “meets the present requirement of the petitioner and her sisters” and made it clear that the issues relating to Gupta’s constitutional rights will be adjudicated upon at a later stage on January 17.

When the court asked whether it can pass an order that now such women will be allowed to attend last prayers, the senior lawyer said he has taken instructions only from the Valsad Trust and there were several other trusts as well.

As per the tradition, a Parsi woman loses her religious identity after marriage outside the community and is consequently barred from visiting the ‘Tower of Silence’ in the event of death of her Parsi family members. Subramanium, who was asked on December 7 by the court to take instruction from the Trust on allowing the woman, said in all fairness, the trust has decided to allow the woman and would arrange the priest (mobeds) for her if she cannot manage on her own to perform the last prayers.

Moreover, the children of the woman could also “attend the funeral ceremonies of their grand parents by sitting in the pavilion opposite the Bungli along with the members of the communities both Zoroastrians and otherwise”.

Earlier, the Supreme Court had said that the law does not sanction the concept of a woman’s religion getting merged with her husband’s faith after an inter-religion marriage.

Gupta has challenged the customary law, upheld by the Gujarat high court in 2010, that a Parsi woman marrying a Hindu loses her religious rights in the Parsi community and hence, loses the right to visit the ‘Tower of Silence’ in the event of her parents’ death to perform the last rites.

The high court had held that a Parsi woman is deemed to have converted to Hinduism after she married a Hindu man. However, the top court bench had said it was only the woman who can decide about her religious identity by exercising her right to choice.

On October 9, the top court had referred to a five-judge constitution bench the legal question whether a Parsi woman loses her religious identity after marrying a man of different religion.

The woman, in her appeal filed in 2012, said she had married a Hindu under the Special Marriage Act and should be allowed to retain her place in the Parsi community.

She assailed the high court finding that a woman universally loses her paternal identity just because of her marriage with a man practising the Hindu religion. She had approached the high court contending that even after her marriage with a Hindu man, she has continued to follow Zoroastrian religion and thus had the right to enjoy all privileges under the Parsi religion, including right to offer prayers at Agiari, a Parsi temple having the ‘holy fire’ and the ‘Tower of Silence’.