Parliamentary committees scrutinise legislative and executive actions and operate as consensus-building platforms. They must be strengthened. 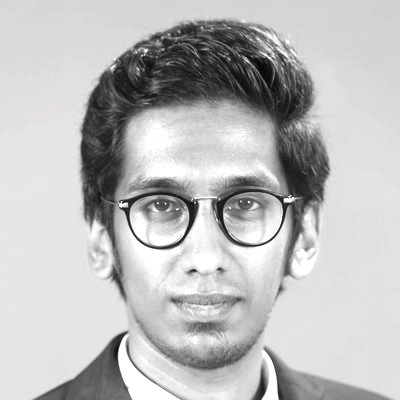 In a few weeks from now, as the monsoon session of the new parliament commences, public focus will shift to the parliament house in Delhi.

In the last decade or so, there has been a debate about the decline of parliamentary authority, falling standards of debate, low levels of participation and the deterioration in the quality of members.  The erosion of parliamentary processes presents a disturbing scenario for our democracy.

Why is this significant and what role do parliamentary committees play in our democracy?

Parliament’s key responsibility is to serve as a body of oversight over the executive. Parliament has to ensure that the executive acts within the contours of approved policies and laws.

With the passage of time, due to the increasing magnitude and complexity of modern administration and time constraints, it was not possible for members of parliament to scrutinise all the policies and legislation on the floor of the house. Thus, it was felt that forming smaller groups of members to examine the subjects would ensure deeper deliberation and debate.

Parliamentary committees operate as ‘mini-parliaments’, helping parliament scrutinise legislative and executive actions. They act as a link between parliament and people on the one hand, and between the administration and parliament on the other.

Also read: A Systemic Overhaul of Our Parliamentary Standing Committees Is Long Overdue

The earliest parliamentary committees were the Public Accounts Committee (PAC) (1921) followed by the Estimates Committee (1950). There are broadly two kinds of committees: (a) Standing Committees; and (b) Ad-hoc Committees.

In recent years, despite instances of disruption in parliament being on the rise, proceedings of the committees have rarely had to face the brunt of these disruptions. The scrutiny of government finances, legislation and working continue to take place behind closed doors even when parliament sessions are disrupted.

Committees have cross-party representation and are great platforms for consensus building. I have been witness to several occasions when MPs from opposing camps agree with one and other or oppose a certain provision in unison. Unlike Lok Sabha and Rajya Sabha, parliamentary committees are not governed by the whip system and hence an individual MP can echo their respective views without fear or fervour.

Individuals can also engage with committees when written memoranda are invited from the general public, experts, organisations or interests affected by the issues under consideration of the committee or when they are invited to tender oral evidence before the committees.

For example, in 2018, a Vice Chief of the Army told the parliament’s Standing Committee on Defence that 68% of the equipment is in the vintage category. The committees also make on-the-spot visits with a view to obtaining first hand information with respect to the issues under their consideration.

Also Read: Parliament in Decline? The Ball is in the Speaker’s Court

The reports prepared by parliamentary committees are a repository of information and serve to inform and influence policy discussions and decisions. There was a furore in the media and among policy analysts following the tabling of the Standing Committee on Defence’s report that highlighted that the budgetary allocations have not been enough for army’s modernisation programme and the funds allocated were insufficient to fight a ‘two-front war’. It is important to note though that the recommendations made by the Standing Committee are not binding on the executive.

As a rule, it is the ministry piloting the bill that recommends to the Speaker to refer a bill to the standing committee. Since the newly elected government is serious about policy reforms and development for all, the first step ought to be to refer more bills to parliamentary committees.

Simultaneously, the government must also work to strengthen the committee system, which is in itself a consensus-building platform. In order to strengthen the committees which will consist of several first-time MPs, it is critical that institutional research support and quality research is made available. It will not only improve the quality of laws drafted but will also foresee and warn the government against plausible implementation bottlenecks.

There have been suggestions that live streaming the committee proceedings might enhance efficacy, but I have my reservations about this suggestion. Public viewing of committee meetings will lead to the kind of disruptions currently seen in parliament. MPs will be bound to toe the party line despite the absence of a whip being issued and this will lead to a loss of efficiency vis-à-vis the work currently done by the DRSCs.

Also read: Delegated Legislation: The Blindspot of the Parliament

As with all institutions, it is critical that we periodically evaluate the parliamentary committees. This was the recommendation of the National Committee to Review the Working of the Constitution (NCRWC) in 2002. The parliament secretariat should use quantitative measures such as the number of reports submitted, the number of meetings held and the average attendance of each meeting while qualitative measures can include the number of recommendations that have been accepted by the government and so on and so forth. This can be then reviewed by the chairman of the Rajya Sabha and the speaker of the Lok Sabha along with the chairmen of the committees following a parliament session.

In conclusion, I can do no better than invoke Edmund Burke, who emphatically stated, “Parliament is not a congress of ambassadors from different and hostile interests; which interests each must maintain, as an agent and advocate, against other agents and advocates; but parliament is a deliberative assembly of one nation, with one interest, that of the whole; where, not local purposes, not local prejudices ought to guide, but the general good, resulting from the general reason of the whole. You choose a member indeed; but when you have chosen him, he is not a member of Bristol, but he is a member of parliament.”

Nibu Pullamvilavil is an alumnus of the Indian School of Business and former LAMP Fellow, 2015-16.