P.P. Pandey was chargesheeted for murder by the CBI, but he was also appointed Gujarat's police chief by the government. 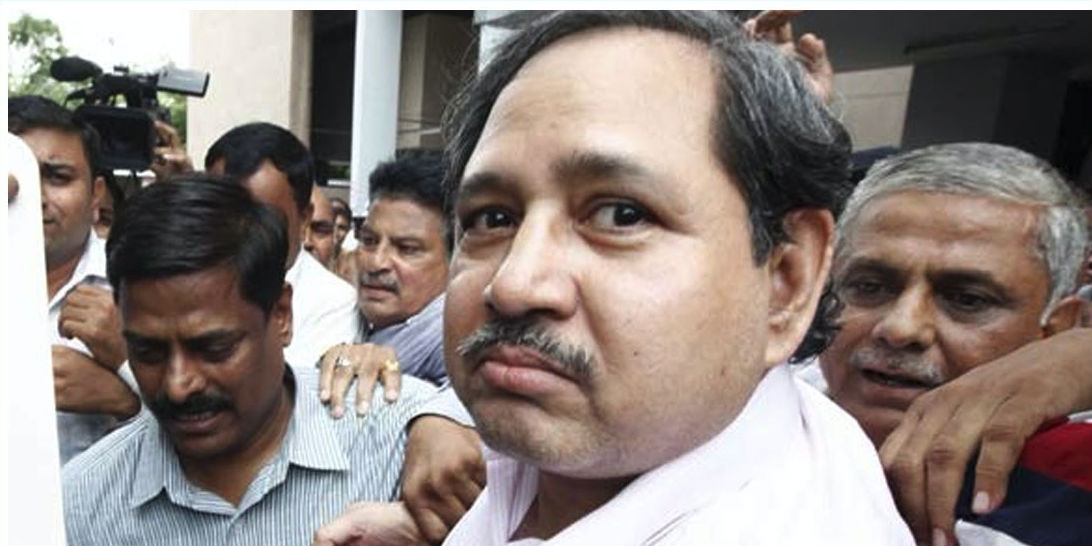 The reason that fake encounters take place, protesters are beaten and people are framed wrongly is that some officers clearly feel the need to conform to the narratives of the powers that be. This is not limited to the current dispensation of the BJP – the idea of a committed police force has reached a whole new level. Just some months ago, people wanted to prosecute a police team in Balaghat, Madhya Pradesh  for daring to arrest an RSS member. The recent murder of Pehlu Khan in Alwar is also an example where the station house officer, who had faithfully recorded the FIR with the names of the accused, was transferred out shortly after so that the investigation would be carried out by another officer. The issue of police reforms and police independence is not merely about communalism or casteism. It is also a larger issue of responsibility and of the relationship between a citizen and the state.

In the first week of April, the Supreme Court “disposed off” Julio Ribeiro’s petition challenging P.P. Pandey’s appointment as director general of police (DGP) of Gujarat by recording that Pandey had resigned from his position. Pandey, who was discharged from prosecution in the Tulsiram Prajapati fake encounter case and is currently on bail in the Ishrat Jahan encounter case, was given an ‘additional charge’ as the chief of Gujarat police late last year. Although he was supposed to retire at the end of January 2017, he was given a post-retirement extension by the Gujarat government, enabling him to continue in the position for three months. The Gujarat government, which seemed to be delaying matters in court by not filing a reply to the petition, produced Pandey’s letter of resignation on April 3, communicating to the court that it had accepted his resignation with immediate effect. The court then deemed the petition to be unfruitful. This is accepted practice in the courts but the effect of this decision was that Pandey was able to lead the Gujarat police until April 3 – almost until the end of his extended term – without the Supreme Court affirming or denying the validity of this controversial appointment. The resignation and its acceptance, which was in essence a concession by the Gujarat government, thus avoided a possible Supreme Court judgment against that government.

The case was keenly watched by many for a number of reasons. It is quite unprecedented for a state’s police force to be headed by a person who had been chargesheeted for murder by the CBI. The promotion and post-retirement extension appeared to an attempt by the government to reward its favoured officers instead of officers like Satish Verma, who had been part of the special investigation team that investigated the so-called ‘encounter’. Verma has been denied a promotion on the grounds that he allegedly missed work on a couple of days in 2012. It’s a different matter that the record is quite clear that he did no such thing, but the mere pendency of the inquiry was deemed enough to withhold his promotion. It is also pertinent that the person who has now replaced Pandey is Geetha Johri, who was also embroiled in the Tulsiram Prajapati encounter, although she has since been discharged from the case for want of sanction to prosecute her.

The fortunes of certain police officers, perceived to be favoured by the Gujarat government, and the misfortunes of others who are perceived to have acted against the interests of Prime Minister Narendra Modi and Amit Shah, have been discussed ad nauseam. There are several litigations pending before the courts that pertain to these issues and the courts have often come to the rescue of officers harassed by the government. Had the Supreme Court adjudicated this case and answered the question of grave public interest raised by Ribeiro, himself a decorated and seasoned police officer, it would have gone a long way in settling these pending litigations. The court would also have helped in laying down the law regarding the independence of the police force from the state government. Unfortunately, although Pandey has had to resign, no principle of law has been laid down to prevent any police officer accused of corruption or any other grave crime from occupying important positions in the state police.

The issue of police independence, or ‘police reform’ as it is often referred to, has been a frequent subject of orders issued by the Supreme Court. One such order was that state DGPs should have fixed terms. Since a fixed term is a requirement for DGPs, Pandey was only given additional charge as police chief and not formally appointed as such. An old order on police reforms thus went some way in ensuring that the state government’s discretion to make such a controversial appointment was limited. For the same reason, Johri has also only been given an additional charge as she also retires in a few months. Now, whether these appointments, short-term as they are, flout the Supreme Court’s directions regarding fixed term appointments, remains unclear. The court’s refusal to engage with the larger question of law and policy has meant that state governments remain free to adopt discriminatory policies in the appointment and promotion of police officers. Demoralisation of the armed forces, including the police, is often raised as a bogey to discourage inquiry into the conduct of members of these services. Rewarding, or at least the perception of rewarding errant police officers, would be an even greater ‘demoralising’ factor for the police.

Sarim Naved is a practicing lawyer in Delhi and represents Satish Verma, who has been referred to in this article.