In Open Letter, Former Judges Urge CJI to Ensure 'Master of Roster' Power is Not Misused 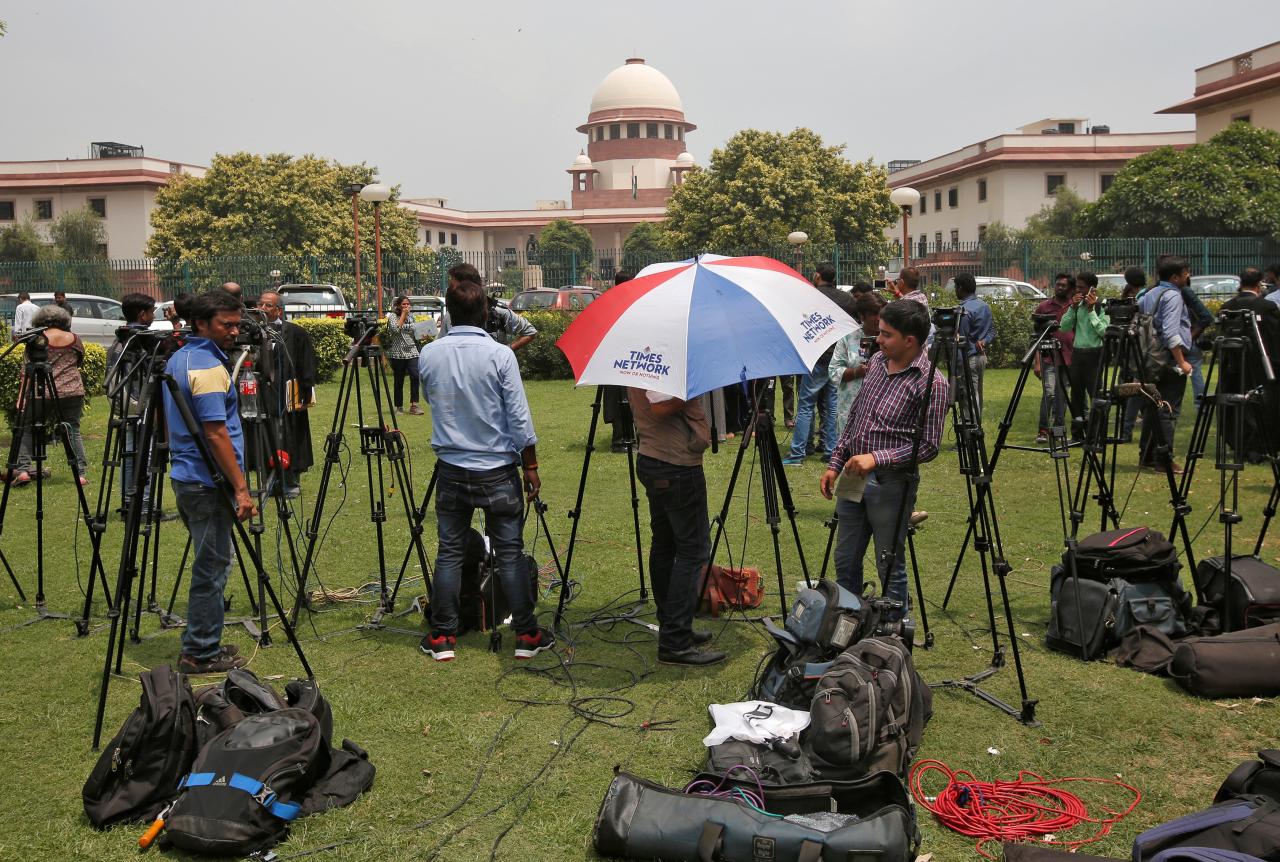 Television journalists are seen outside the premises of the Supreme Court in New Delhi. Credit: Reuters

The four senior puisne judges of the Supreme Court have brought to light a serious issue regarding the manner of allocation of cases, particularly sensitive cases, to various benches of the Supreme Court. They have expressed a grave concern that cases are not being allocated in a proper manner and are being allocated arbitrarily to particular designated benches, often headed by junior judges, in an arbitrary manner. This is having a very deleterious effect on the administration of justice and the rule of law.

We agree with the four judges that though the Chief Justice of India is the master of roster and can designate benches for allocation of work, this does not mean that it can be done in an arbitrary manner such that, sensitive and important cases are sent to hand picked benches of junior judges by the Chief Justice. This issue needs to be resolved and clear rules and norms must be laid down for allocation of benches and distribution of cases, which are rational, fair and transparent. This must be done immediately to restore public confidence in the judiciary and in the Supreme Court.

However till that is done, it is important that all sensitive and important cases including pending ones, be dealt with by a constitution bench of the 5 senior most judges of this court. Only such measures would assure the people that the Supreme Court is functioning in a fair and transparent manner and that the power of the Chief Justice as master of roster is not being misused to achieve a particular result in important and sensitive cases. We therefore urge you to take immediate steps in this regard.

Before holding the press conference, the SC justices had written a letter to Misra expressing concern on certain judicial orders passed by the top court which have “adversely affected the overall functioning of the justice delivery system.” You can read it here.