Justice S.R. Sen of the Meghalaya high court also wants Hindus, Sikhs, Jains, Buddhists, Parsis, Christians, Khasis, Jaintias and Garos who have come from Pakistan, Bangladesh and Afghanistan to be made Indian citizens without any questions. 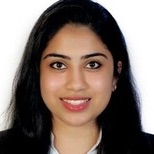 While considering a petition relating to the refusal of domicile certificate to an army recruit, the Meghalaya high court on Monday observed that anybody opposing the Indian laws and the constitution cannot be considered as a citizen of this country.

The court also urged the Centre to bring in a legislation to allow citizenship to Hindus, Sikhs, Jains, Buddhists, Parsis, Christians, Khasis, Jaintias and Garos who have come from Pakistan, Bangladesh and Afghanistan, without any question or documents. Justice S.R. Sen directed Centre’s assistant solicitor general, Meghalaya high court, A. Paul to hand over a copy of the judgment to the Prime Minister, home minister and law minister for their perusal and necessary steps to bring in a law to safeguard the interest of these communities.

“This Court expects that Government of India will take care of this judgment in the historical background and save this country and its people,” he observed.

“However, if any doubt arises, the Deputy Commissioner may ask for a Police verification to determine how long he has been staying in this State and PRC cannot be issued only for education purpose but it should be applicable for all purposes. I make it further clear that domicile certificate or PRC is not meant only for joining the Army or Paramilitary Force or Education purposes, it is to be granted for all purposes,” it added.

Since partition was on the basis of religion, India should have been declared a Hindu country too: Justice Sen

Justice Sen began his judgement by tracing India’s partition and asserting that since the division was on the basis of religion, India should have been declared a Hindu country too.

The court then appealed to the prime minister, home minister, law minister and members of the parliament to pass a law allowing Hindus, Sikhs, Jains, Buddhist, Parsis, Christians, Khasis, Jaintias and Garos from Pakistan, Bangladesh and Afghanistan to be allowed to become citizens without production of any documents.

“Original Indians” being left out of the NRC process

As for the National Register of Citizens (NRC) process being undertaken in the state of Assam, Justice Sen was of the view that the process is defective “as many foreigners become Indians and original Indians are left out which is very sad”. The judge noted that the detention camp in Assam was housing people in inhuman conditions, and appealed to the Hindu people of the Barak Valley and the Assam Valley to come to an amicable solution “because our culture, traditions and religions are same”.

Also Read: The NRC Process and the Spectre of Statelessness in India

He then showed faith in the Modi government to protect India from becoming another Islamic country. “I make it clear that nobody should try to make India as another Islamic country, otherwise it will be a doomsday for India and the world. I am confident that only this Government under Shri. Narendra Modiji will understand the gravity and will do the needful as requested above and our Chief Minister Mamataji will support the national interest in all respect,” he remarked.