The bench, which had on July 1 made strong oral remarks against Sharma for her comments on Prophet Muhammad, clarified that it never wanted Sharma to visit different courts for relief. 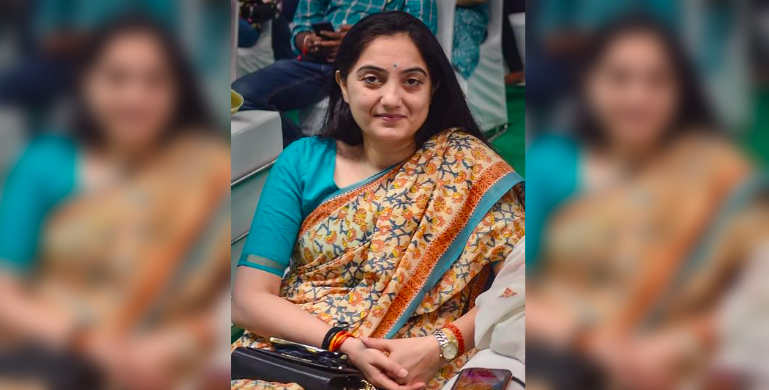 New Delhi: The Supreme Court on Tuesday granted suspended BJP spokesperson Nupur Sharma protection from coercive action in connection with the cases or complaints filed against her in several states over her controversial remarks on the Prophet Muhammed until she can find a remedy to make the case for the FIRs to be clubbed.

A bench of Justices Surya Kant and J.B. Pardiwala, while taking note of the alleged threats to life extended to Sharma after its July 1 order, also protected her from coercive action in the first information reports (FIRs) or complaints which may be registered in the future about the comments, which were made during a May 26 debate on a TV news channel.

The bench, which had on July 1 made strong oral remarks against Sharma for her comments, clarified that it never wanted Sharma to visit different courts for relief.

According to LiveLaw, Sharma’s lawyer  Singh submitted that after the Supreme Court’s July 1 order, “genuine and serious life threats” have surfaced against her – including the threat by a chishti of the Ajmer Dargah. Because of these threats, Sharma is not in a position to avail alternate remedies like approaching the Delhi high court, as the top court had directed.

The bench, considering the submission, said its main concern is to ensure protection for Sharma so that she can avail the alternate remedies available under the law.

The bench issued notices to the Union government and several states including Delhi, West Bengal, and Maharashtra on her plea and sought their responses by August 10.

The bench posted the matter for hearing on August 10.

On July 1, the same bench of the top court severely criticised Sharma for her controversial comments against the Prophet, saying her “loose tongue” has “set the entire country on fire” and that she is “single-handedly responsible for what is happening in the country.”

The now-suspended BJP spokesperson had moved the Supreme Court with a fresh plea urging protection from arrest as well as the revival of her withdrawn petition seeking clubbing of FIRs lodged in several states over her remarks on the Prophet.

“In her plea seeking to pursue her earlier petition, she has contended that due to the adverse remarks against her she is facing threats to life from fringe elements”, a lawyer associated with the plea said. She has sought clubbing and stay of investigations in different FIRs lodged in several states and transferring them to Delhi, he said.

Sharma has made Delhi, Maharashtra, Telangana, West Bengal, Karnataka, Uttar Pradesh, Jammu and Kashmir and Assam parties in her petition where FIRs have been lodged against her.

The bench had on July 1 refused to entertain Sharma’s plea for clubbing of FIRs lodged in various states against her for the remark, the bench had held that the comment was made either for cheap publicity, political agenda, or some nefarious activities.

Sharma’s remark on the Prophet during a TV debate had triggered protests across the country and drew sharp reactions from many Gulf countries. The BJP subsequently suspended her from the party.

“These remarks are very disturbing and smack of arrogance. What is her business to make such remarks? These remarks have led to unfortunate incidents in the country…These people are not religious. They do not have respect for other religions. These remarks were made for cheap publicity or political agenda or some other nefarious activities”, the bench had said.

While refusing to entertain Sharma’s plea for clubbing of FIRs, the bench had allowed her to withdraw the plea.

“She has a threat or she has become a security threat? The way she has ignited emotions across the country this lady is single-handedly responsible for what is happening in the country,” the bench had said when Sharma’s lawyer Maninder Singh had pointed out that she was facing threats to life.

However, these observations were not recorded in the order.

The court’s observations against the suspended BJP leader had come in the backdrop of the brutal murder of a tailor in Udaipur by two men, who had posted videos online, claiming that they were avenging an insult to Islam.

Note: This article was updated after publishing.